UN Photo/Evan Schneider
View of a prison in Honduras.

“They are doing a tremendous service for the long-term future of Honduras and should never be attacked, punished or stigmatized,” said UN Assistant Secretary-General for Human Rights, Andrew Gilmour, at the end of a three-day visit with Government officials, civil society representatives and members of the UN and diplomatic communities.

According to the Office of the High Commissioner for Human Rights (OHCHR), Mr. Gilmour brought up “widespread impunity, horrific levels of violence, increased militarization of public security, restrictive access to family planning, as well as a disturbing increase in femicide and violence against women” in his discussions.

Mr. Gilmour added that he was “particularly troubled” by the violence “courageous” defenders face.

Among the groups with whom he met was the Organization of American States' Mission to Support the Fight against Corruption and Impunity in Honduras (MACCIH), as well as the National Commissioner for Human Rights. Mr. Gilmour underlined the essential work they are both doing and their key partnerships with the UN Human Rights Office.

“We are glad that the direct link between corruption and human rights abuses is increasingly recognized – for example, when concessions for land or natural resources are wrongfully granted and without consulting indigenous communities,” he said.

In his official visits, Mr. Gilmour highlighted the essential work that officials and the UN Human Rights Office are both doing.

Mr. Gilmour reiterated that opening space for dialogue, access to information and meaningful participation in policy-making are key elements of a democratic society. He encouraged State officials to see human rights defenders as allies and useful agents of change.

He also warned against a reliance on harsh penal policies for juveniles and security-only approaches.

“Social investment and rehabilitation options would be far more likely to address the root causes of violence in Honduras,” Mr. Gilmour said.

In 2016, an independent human rights expert spoke out about violence targeting rights defenders in Honduras.

At that time, the special rapporteur cited reports which said Honduras had become one of the most dangerous countries in the world for human rights defenders, particularly those promoting rights related to environment and land issues. 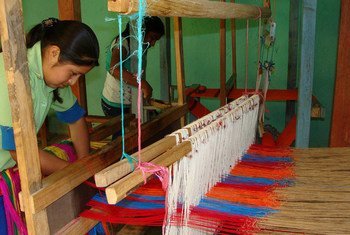