The United Nations peacekeeping mission in the Democratic Republic of the Congo (DRC) is becoming more flexible and mobile, the head of that mission today said, by focusing on rapid deployment of troops and air surveillance.

The Special Representative of the UN Secretary-General in DRC, Maman Sidikou, said the mission, known by its acronym MONUSCO, will close five fixed bases at the end of the month in the North-Kivu province.

“MONUSCO changes its mode of operations, as it continues to fulfil its mandate, that is, continuing to back Congolese authorities’ efforts for civilians’ protection,” said Mr. Sidikou.

The new operations are already underway in the Kasai province, where some 350 MONUSCO troops have been deployed.

The Mission is setting up an early warning system, including to improve its access to people.

“To make the device more effective, it would be critical that communities swiftly transmit all security-related information to MONUSCO,” the Mission’s military authorities said.

In March, the UN Security Council extended the mandate of MONUSCO for another year, but lowered the approved number of military personnel and military observers from 19,815 and 760, respectively, to 16,215 and 660.

The Council tasked the Mission, with, among other responsibilities, ensuring effective and dynamic protection of civilians under threat of physical violence, including by preventing, deterring, and stopping all armed groups and local militias from inflicting violence on the populations. 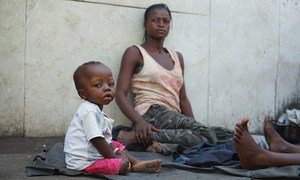 The security situation in the Democratic Republic of the Congo (DRC) continues to be a major source of concern, with violence in the Kasai provinces, in the western part of the vast country, reaching “disturbing” levels, the United Nations Security Council was told today.