UN Photo/ Marco Dormino
A cargo plane arrives at an airstrip in the northern part of Mali.
7 July 2017

The global nature of aviation puts everyone at the same level of risk from potential terrorism, senior United Nations officials said today, calling for greater information sharing, resources and political will to keep flights safe.

“Terrorism is not someone else’s problem. States and industry must commit necessary resources and provide necessary governance,” the Secretary-General of the UN International Civil Aviation Organization (ICAO), Fang Liu, told the opening of a special meeting of the Counter-Terrorism Committee on “Terrorist threats to civil aviation.”

The concept note for the meeting cited recent attacks against airports in Belgium, Turkey and the United States, and the explosion of a terrorist bomb aboard Daallo Airlines flight 159, as “stark reminders that landside attacks, the threat posed by insiders and airport staff, and the use of increasingly sophisticated improvised explosive devices are all significant concerns.”

The meeting aimed to give government representatives an opportunity to discuss enhanced security measures – such as explosive detection and new cargo rules, as well as new challenges, such as cybercrime and “porous airport perimeters.”

In her speech, Ms. Liu called for greater access to current threat information between States and within the local and federal authorities, as well as political will to work together.

“Aviation security authorities must be provided adequate information by the State’s own law enforcement and intelligence organizations, in order to create a meaningful and effective threat assessment,” said Ms. Liu.

She noted one “pointed” example of information sharing, such as the recent laptop restrictions imposed by the United States, which were then transitions to more extensive screening measures of passengers.

In his address, Jean-Paul Laborde, Executive Director of the UN Counter-Terrorism Committee Executive Directorate (CTED), said “more and more strict measures” are clearly needed “to address challenges of terrorism and to protect our lives.”

But effective work “can only happen through cohesiveness and cooperation, and this is what the Security Council does,” he said, urging governments to implement measures cited in recent resolutions related to aviation safety.

Mr. Laborde stressed the importance of collecting and sharing advance passenger information (API) to detect the departure from, entry into, or transit through their territories of individuals on the Al-Qaida sanctions list.

He said only 57 countries are capable of implementing and sharing such information with INTERPOL, which has 68 million entries.

Reiterating the importance of sharing information and cooperation in his closing remarks, Mr. Laborde again spoke about the need to cut red tape and to implement the Security Council resolutions.

“Along with our hesitations and weaknesses, this is one area where multilateralism has its advantages,” he said. 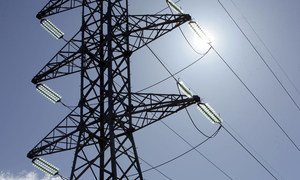 Given the importance of critical infrastructure for a country’s prosperity and security and against the backdrop of increasingly diverse physical and cyber threats from terrorist groups, the United Nations Security Council today underlined the need for international collaboration – both domestically and across borders – to ensure their protection.