The United Nations deputy chief today stressed the need to “avoid a disproportionate emphasis on security” when carrying out a strategy to help Africa’s Sahel region achieve sustained peace and development.

“Given the trans-border and multidimensional nature of instability in the Sahel region, there can be no purely military solution,” said Deputy Secretary-General Amina Mohammed in her remarks to the meeting on the situation in the Sahel, jointly organized by the UN’s Economic and Social Council (ECOSOC) and Peacebuilding Commission (PBC).

She described how transnational organized crime, violent extremism and terrorism have become growing threats to stability in the Sahel region, and how the scarcity of food and challenging living conditions have spurred a steady flow of migrants on dangerous, sometimes deadly, journeys through the desert towards the Mediterranean and beyond.

“The continuing deterioration of security in the Sahel is the result of several unresolved underlying causes of instability, including a lack of development, good governance and respect for human rights,” she said, adding that the region has also chronically suffered from harsh climatic conditions, exacerbated by climate change.

Gap between humanitarian and development work must be closed

In that regard, she stressed the need for renewed efforts to close the gap between humanitarian and development work through an integrated approach to development, governance, security and human rights. 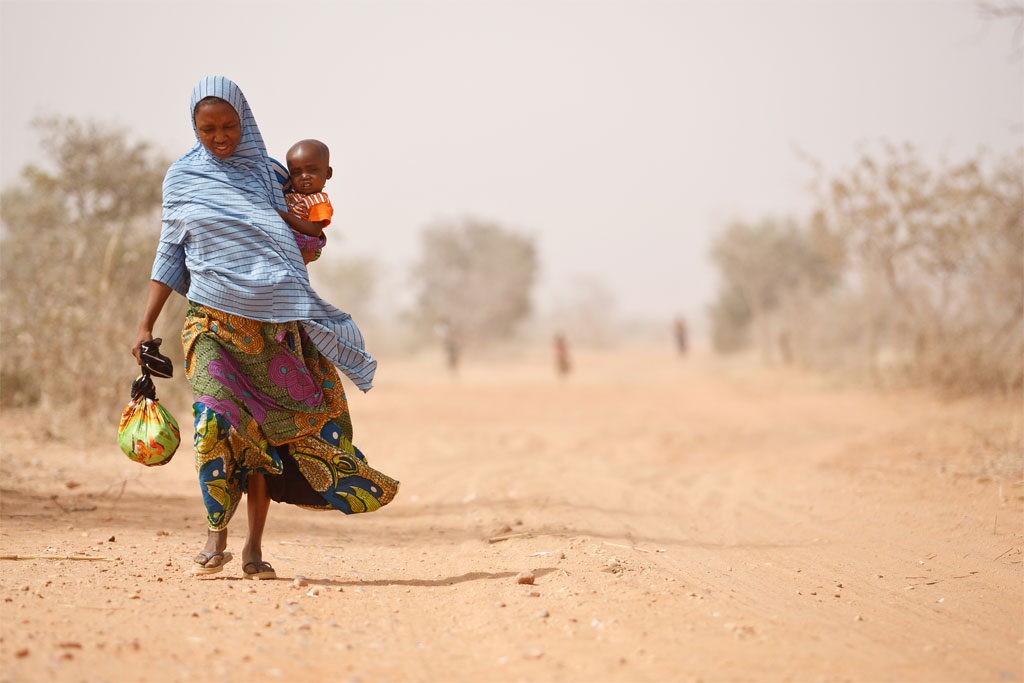 Ms. Mohammed said that the UN remains deeply committed to supporting governments in the Sahel, including those of Mauritania, Mali, Niger, Chad and Burkina Faso, in navigating “this balance” through the United Nations Integrated Strategy for the Sahel, the 2030 Agenda for Sustainable Development, the New Way of Working between humanitarian and development actors, and other relevant mechanisms.

One of the recommendations from that meeting included “forging closer collaboration between ECOSOC and the PBC” to achieve the 2030 Agenda and to sustain peace, he said.

“It is widely acknowledged that if we want to make the SDGs a reality for all, we need to make sustaining peace an integral part of a coordinated and coherent approach to implementing the 2030 Agenda for Sustainable Development,” he said.

Also addressing the meeting was the Chair of the Peacebuilding Commission, Cho Tae-yul, who briefed the participants, including high-level representatives of UN Member States, civil society and the UN system, on the Commission’s recent activities.

He said that since the adoption of the twin resolutions on the review of the peacebuilding architecture by the Security Council and General Assembly in April last year, the Commission has been making greater efforts to play a bridging role among the principal bodies of the UN, by making use of its convening role and recognizing that peace, development, and human rights are closely interlinked.

In particular, he explained how the Commission has been using its convening role to assist the UN Office for West Africa and the Sahel (UNOWAS) in implementing the UN Integrated Strategy for the Sahel.

The United Nations Security Council today welcomed the deployment by the so-called Group of Five (G5) – Burkina Faso, Chad, Mali, Mauritania and Niger – of a joint force to tackle the threat of terrorism, as well as the serious challenges posed by transnational organized crime in Africa's restive Sahel region.