“I welcome this major initiative, which elevates our existing private-public partnership with these and other companies,” said Jean-Paul Laborde, UN Assistant Secretary-General and the Executive Director of the Security Council Counter-Terrorism Committee Executive Directorate.

“The UN remains committed to addressing the scourge of terrorism, and we look forward to remaining a key partner to the private sector,” he added.

The four tech giants have already developed and have put in place policies and removal practices to take a hard line against terrorist or violent extremist content on their hosted consumer services.

The Global Internet Forum to Counter Terrorism partnership will help further strengthen these “counter-speech” protections through research- and evidence-based efforts and technical and policy decisions around the removal of terrorist content, noted a news release issued by the Executive Directorate.

By working together, and through the sharing of the best technological and operational elements of their individual efforts, they believe they can have a greater impact on the threat of terrorist content online, it added.

The new forum builds on initiatives, such as the European Union (EU) Internet Forum and the Shared Industry Hash Database as well as discussions with governments and the outcomes of recent G7 and European Council meetings.

It will also help strengthen existing and build future areas of collaboration between these companies, including with smaller tech enterprises, civil society groups and academics, as well as with governments, and intergovernmental bodies like the EU and the UN.

The companies will also be hosting a series of learning workshops in partnership with the Counter-Terrorism Committee Executive Directorate and the ICT4Peace Foundation in Silicon Valley (which is home to many of the world's largest high-tech corporations) and around the world to drive these areas of collaboration.

Within the UN system, the Security Council continues to closely follow efforts to combat terrorism as well as other issues that represent serious threats to international peace and security.

Last month, it unanimously adopted a resolution which, among others, provides a comprehensive international framework to counter terrorist narratives and amplifies positive and credible alternatives to audiences vulnerable to extremist messages, especially those on social media. 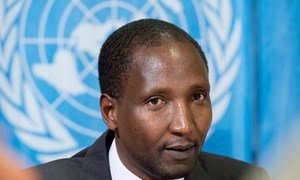 A spate of recent terrorist attacks has driven an increase in security measures and exacerbated hate speech, a United Nations human rights expert warned today, calling for States to do more to meet the challenge of countering terrorism without fuelling racism and xenophobia.