With Uganda hosting almost one million South Sudanese refugees “as sisters and brothers and sharing with them their land and everything they have,” United Nations Secretary-General António Guterres today urged the international community to show solidarity with those that had fled their homes, as well as with the Ugandan Government and people.

“In a world where so many people are selfishly closing their doors, closing their borders, not allowing refugees to come, this example deserves praise [and] admiration from the whole international community,” Mr. Guterres told reporters at the Imvepi Refugee Reception Centre in the Arua district of northern Uganda.

Imvepi is the first stop for many South Sudanese refugees once they cross the border into Uganda. The camp, which opened in February this year, is already filling up; hosting some 120,000 refugees, mostly women and children, fleeing violence and instability in the neighbouring country.

In just the past year, the overall refugee population in Uganda has more than doubled – from 500,000 to more than 1.25 million – making the East African country host to the world's fastest growing refugee emergency.

The UN chief pointed out that tomorrow, the international community would have the opportunity to express its solidarity, “responding to our appeal for massive financial support, both for humanitarian aid for the refugees, but also for the investments necessary for the education system, the health system, the infrastructure, the [local] environment, to be able to cope with this enormous challenge.”

Mr. Guterres was referring to the 'Solidarity Summit,' which opened today in the Ugandan capital, Kamapla, and is expected to wrap up tomorrow. Co-hosted by Uganda and the UN, the event aims to rally international support for refugees and host communities in the form of donations, investments and innovative programmes.

VIDEO: Meeting with South Sudanese refugees in Uganda’s Imvepi camp, UN chief António Guterres commends the generosity of the Ugandan Government and its people, and calls for an end to the conflict in South Sudan.

“At the same time, I cannot forget that twelve years ago I was here, in June, in this same place. I was [marking] World Refugee Day with South Sudanese refugees that were singing with joy because they were going back home soon,” said Mr. Guterres, who is the former UN High Commissioner for Refugees. He said he had later accompanied many of them across the border with the hope that the their new country would live in peace.

Unfortunately, that had not been the case. South Sudan's leaders “do not deserve the people of their country,” said the Secretary-General, stressing that the South Sudanese people have been suffering enormously [in an] endless war.”

“It is time for the war to end. It is time for all the leaders of South Sudan to understand that they need to stop this war,” he said, expressing gratitude for the efforts made by the Heads of State of the region, the Intergovernmental Authority on Development (IGAD), the African Union and by the UN to help create the conditions for peace to be re-established. 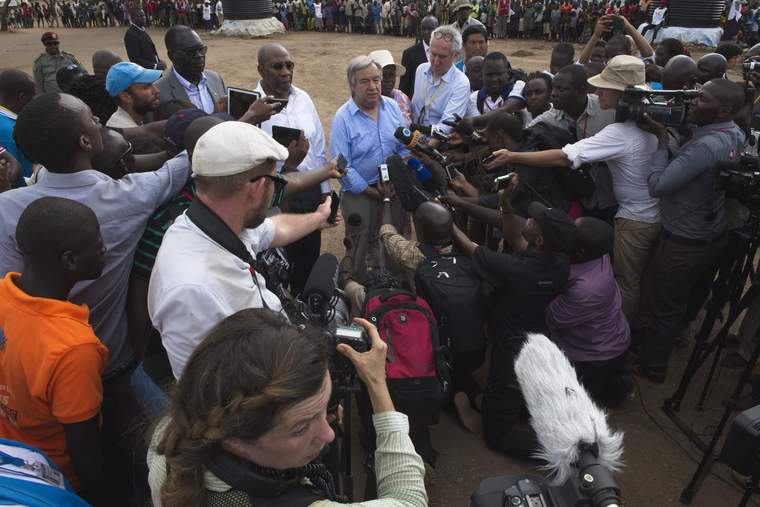 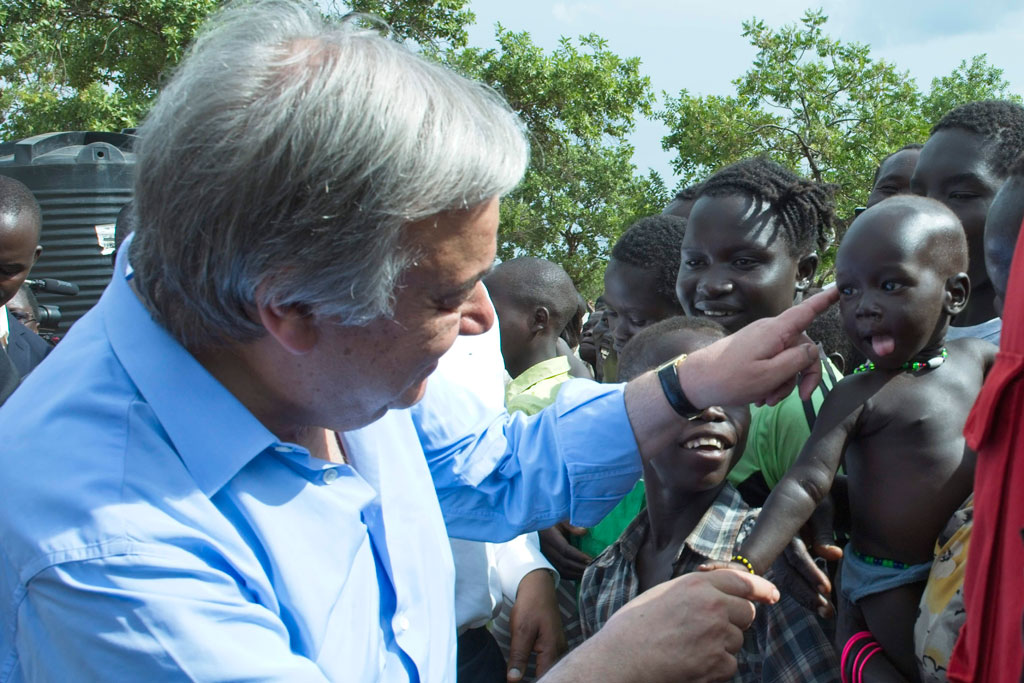 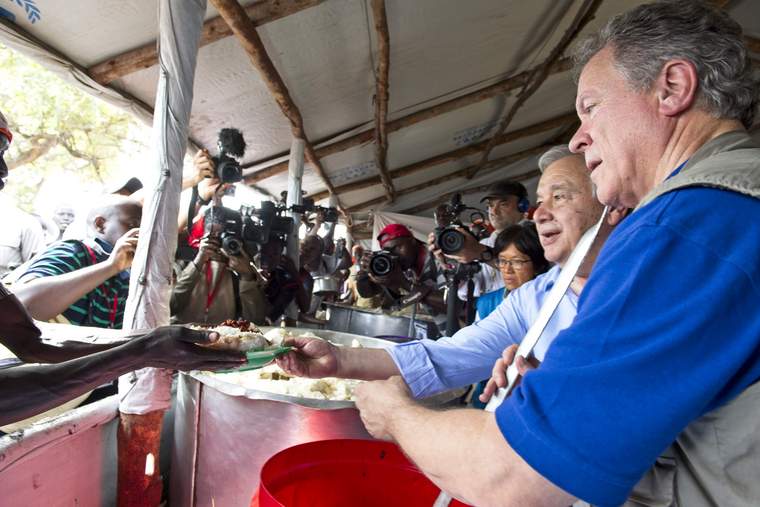 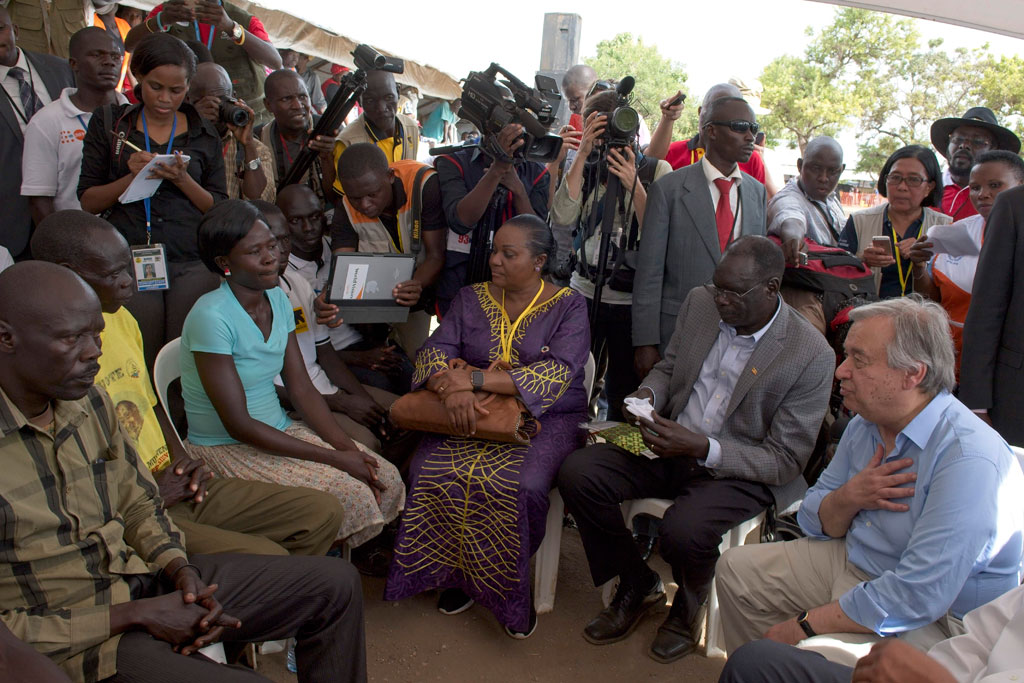 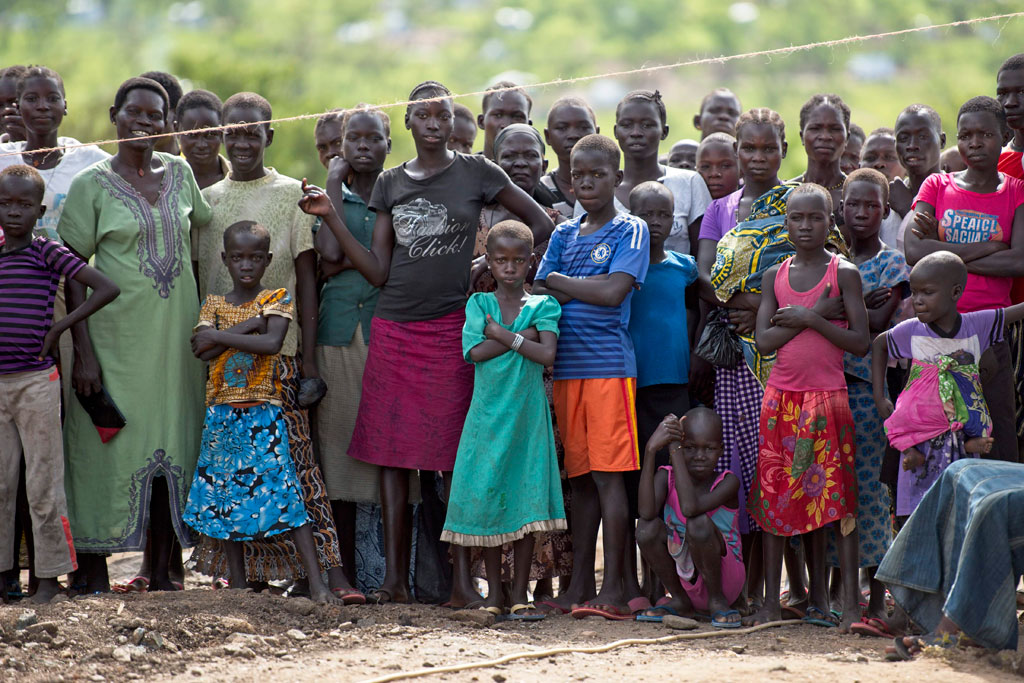 The ‘Solidarity Summit,’ in the Ugandan capital of Kamapla aims to rally international support for refugees and host communities in the form of donations, investments and innovative programmes. UN Photo/Mark Garten 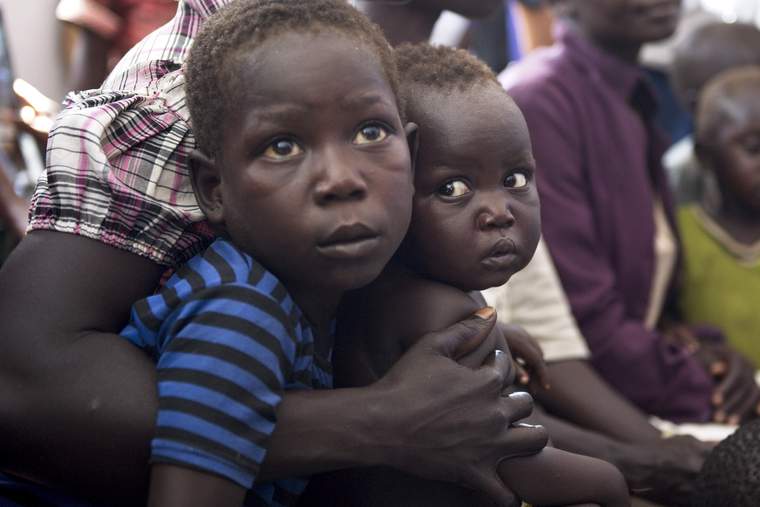 “Peace in South Sudan is a must for these people to be able to have a future,” said the Secretary-General. UN Photo/Mark Garten

“Peace in South Sudan is a must for these people to be able to have a future,” said the Secretary-General. 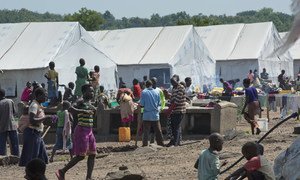