Opioids were the most harmful drug type and accounted for 70 per cent of the negative health impact associated with drug use disorders worldwide, said the UN Office on Drugs and Crime (UNODC).

“There is much work to be done to confront the many harms inflicted by drugs to health, development, peace and security, in all regions of the world,” said UNODC Executive Director Yury Fedotov in a statement on the launch of the 2017 World Drug Report.

Marking 20 years of its publication, the report provides a global overview of the supply and demand for opiates, cocaine, cannabis, amphetamine-type stimulants and new psychoactive substances (NPS), as well as their impacts on health.

This year's report states that opium production is up and the cocaine market is “thriving.” In 2016, global opium production increased by one third compared with the previous year and this was primarily due to higher opium poppy yields in Afghanistan.

The report also highlights the scientific evidence for hepatitis C causing greatest harm among people who use drugs; and spotlights further diversification of the thriving drug market, as well as changing business models for drug trafficking and organized crime.

Disorders related to the use of amphetamines also account for a considerable share of the global burden of disease. And while the NPS market is still relatively small, users are unaware of the content and dosage of psychoactive substances in some NPS. This potentially exposes users to additional serious health risks. 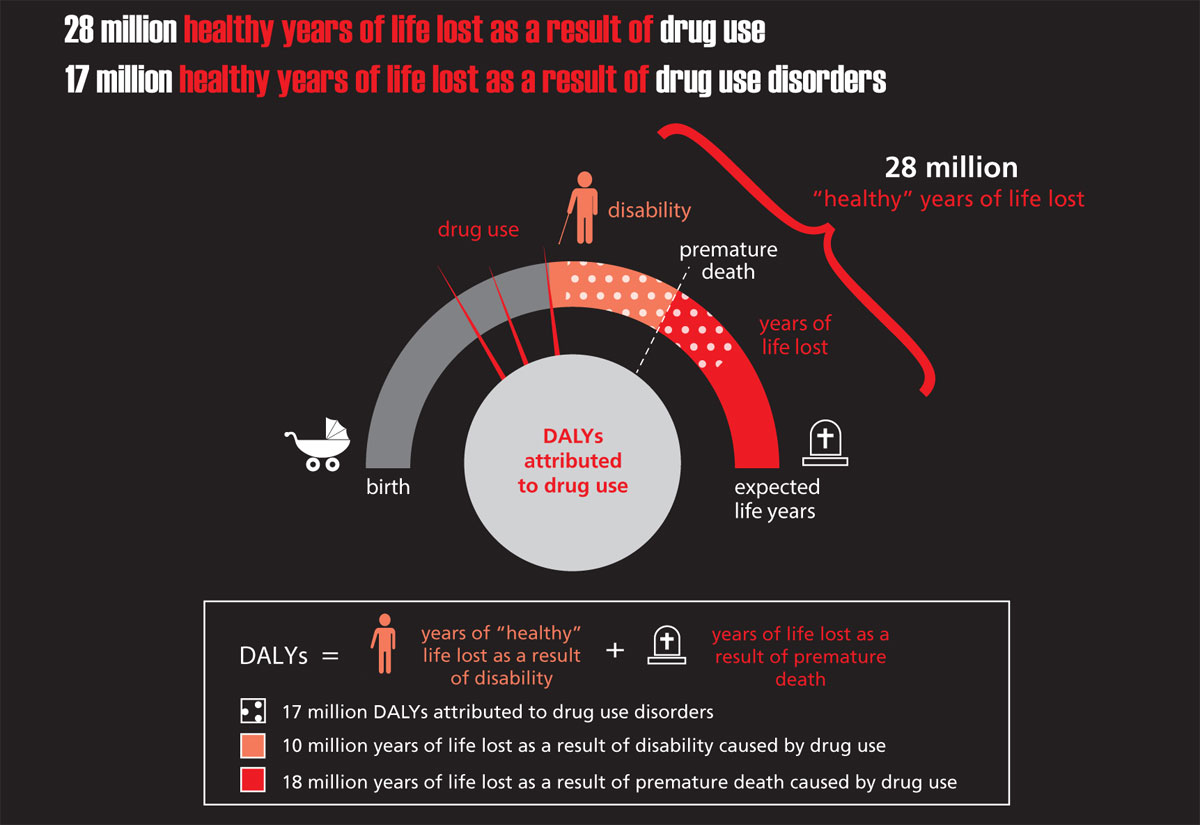 In 2014, transnational organized crime groups across the globe were estimated to have generated between one fifth and one third of their revenues from drug sales. Mobile communications offers new opportunities to traffickers, while the 'dark net' allows users to anonymously buy drugs with a crypto-currency, such as bitcoin.

While drug trafficking over the dark net remains small, there has been an increase in drug transactions of some 50 per cent annually between September 2013 and January 2016 according to one study. Typical buyers are recreational users of cannabis, ecstasy, cocaine, hallucinogens and NPS.

Although not all terrorist groups depend on drug profits, some do, notes the report. Without the proceeds of drug production and trafficking, which make up almost half of the Taliban's annual income, the reach and impact of the group would probably not be what it is today.

Up to 85 per cent of opium cultivation in Afghanistan occurs in territory under some influence of the Taliban.

Marking the 25 years since the murder of an Italian judge who dedicated his life to fighting the Mafia, a senior United Nations official today stressed the need for the international community to renew its commitment to address evolving and emerging forms of organized crime.