UN News/Elizabeth Scaffidi
According to WHO, Yoga is both a physical activity and an effective way of managing stress.
21 June 2017

Recognizing the universal appeal of yoga, the United Nations today marked the 2017 edition of the International Day of Yoga, which aims to integrate the benefits of healthy lives and wellbeing – essential aspects of the 2030 Agenda for Sustainable Development.

Recognizing the universal appeal of yoga, the United Nations marked the 2017 edition of the International Day of Yoga, which aims to integrate the benefits of healthy lives and wellbeing – essential aspects of the 2030 Agenda for Sustainable Development.

"Yoga is a practice that can be relevant to all ages, relevant to all cultures, irrespective of what socio-economic status people represent. It can be used to unite our complex and difficult world to promote not only healthy lifestyles but to promote peace and security in the world,” said Dr. Nata Menabde, Executive Director of the New York Office of the World Health Organization (WHO), at an event entitled Conversation: Yoga for Health.

The theme for this year's celebration, organized by the Permanent Mission of India to the United Nations, is 'Yoga for Health.'

WHO defines health as a state of complete physical, mental and social well-being. While affordable health care services are vital, it is also important to spread awareness about the benefits of a healthy lifestyle in promoting good health.

Yoga is an ancient physical, mental and spiritual practice that originated in India, with the Sanskrit word yoga meaning 'to unite' – symbolizing the union of body and consciousness.

Today, it is practiced in various forms around the world and continues to grow in popularity – promoting the practice of achieving sustainable lifestyles that are in harmony with nature. In this way, yoga contributes to wider societal wellbeing.

“Yoga is about our ability to feel yoga in our souls, to connect it to our minds and to integrate […] with nature and the planet,” underscored Ms. Menabde. 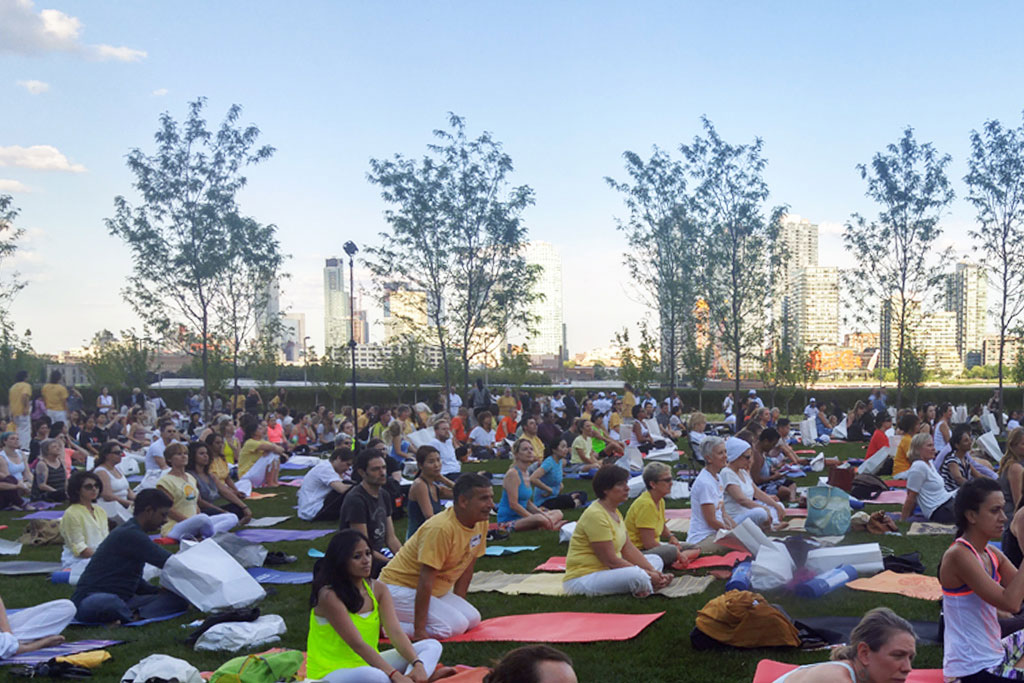 Prior to the Day, the North Lawn of UN Headquarters was converted into a temporary yoga studio. Photo: UN News/Elizabeth Scaffidi 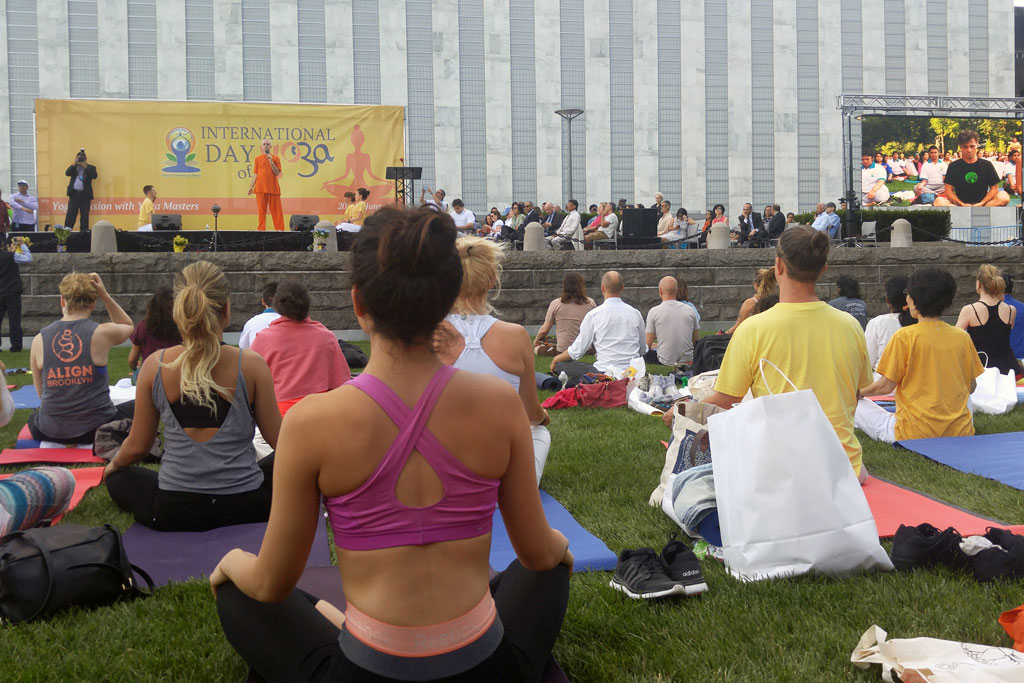 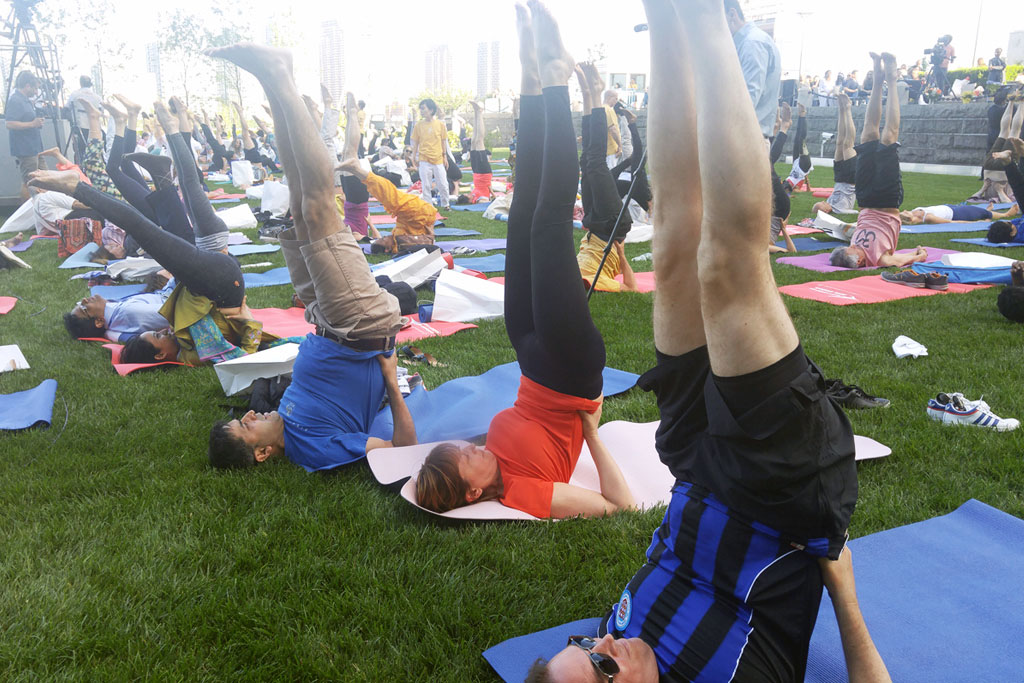 The men and women were taken through asanas, or yoga postures, as an introduction to the practice. Photo: UN News/Elizabeth Scaffidi 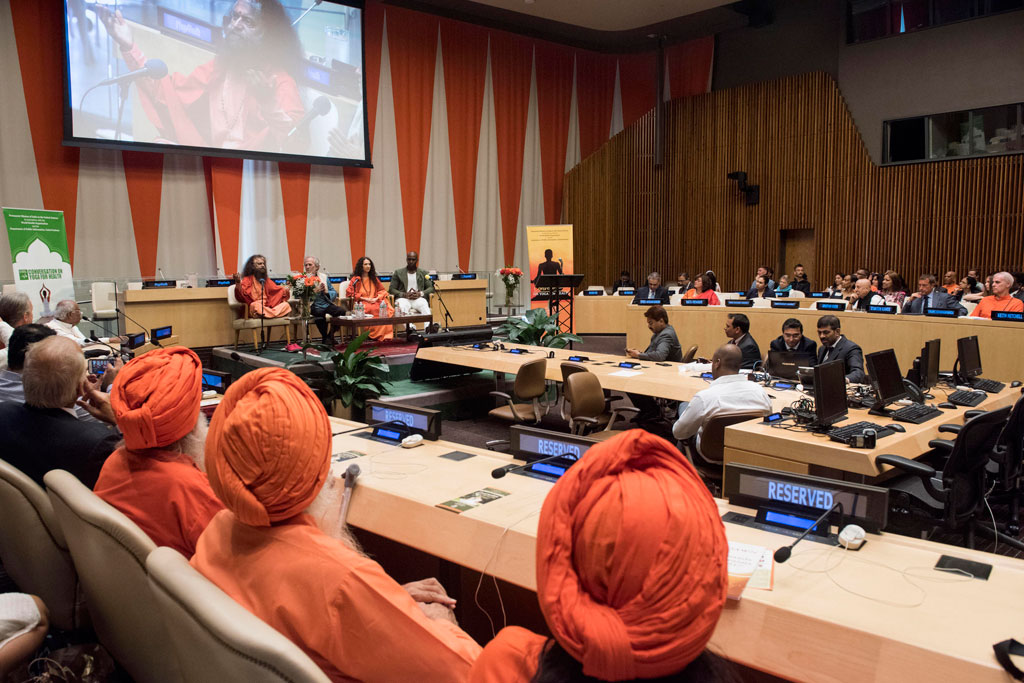 A special event on ‘Conversation on Yoga for Health’ was organized by the Indian Mission in association with WHO and the Department of Public Information. UN Photo/Kim Haughton 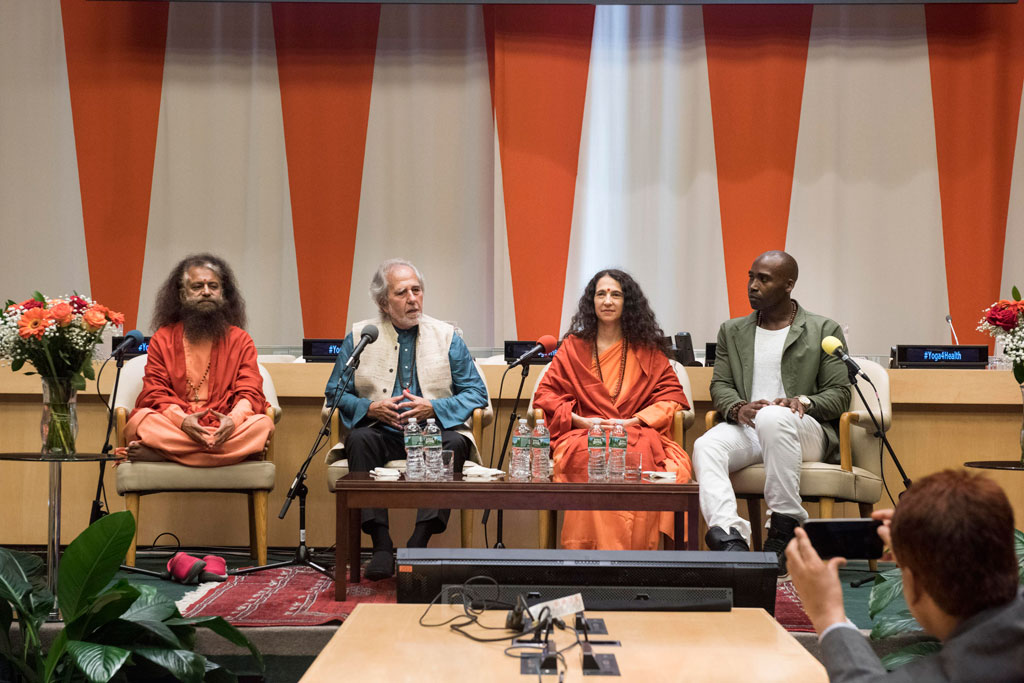 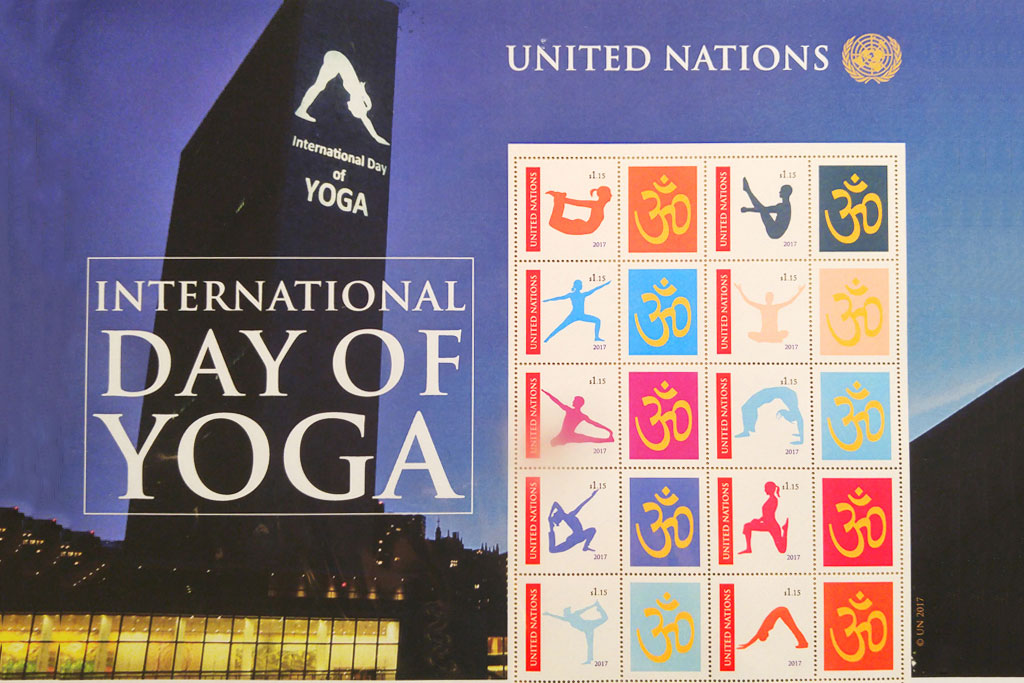 Swami Sivadasananda of Sivananda Yoga Retreat House in Austria, who led an outdoor yoga class on the North Lawn of UN Headquarters, explained: “We are all caught up in our laptop jobs, our shoulders are stooped and we don't breathe properly. Yoga fits like a glove” to alleviate these everyday stresses.

The United Nations endorsed the vision of Prime Minister Narendra Modi of India, by adopting General Assembly resolution 69/131 that proclaimed 21 June as the International Day of Yoga.

The Day, which aims to raise awareness worldwide of the many benefits of practicing yoga, was also immortalized with the unveiling of a UN Postal Administration's special Yoga Day commemorative stamp.