“The months since my last briefing have been unusually tense in Afghanistan,” said Tadamichi Yamamoto, the Special Representative of the Secretary-General, briefing the UN Security Council.

“Without enhanced efforts by the National Unity Government to increase political inclusiveness, strengthen accountability, and improve the Government's credibility, particularly in the security sector, we are likely to face more crises in an increasingly fragile environment.”

In his briefing, the senior UN official spoke of the emerging political differences following the 31 May terrorist attack in Kabul and warned that violent extremist groups could try to exacerbate the divisions, especially along sectarian lines.

Urging all sides to exercise restraint and avoid violence, Mr. Yamamoto underscored the need to address the root cause of the issues and reminded national actors that efforts to build consensus and political stability are critical.

He also noted steps by the Government towards consolidating peace, such as a recent outreach on regional and security as well as implementation of the political agreement with a former insurgent group.

In the current context, Mr. Yamamoto – also the head of the UN Assistance Mission in Afghanistan (UNAMA) – said that there are two areas for immediate attention: elections and peace.

“We understand that the Independent Elections Commission will make an announcement as early as tomorrow regarding the date for parliamentary elections,” he said. “I believe that this announcement will contribute to allaying the political tensions I have referred to.”

Turning to the second priority, peace, the Special Representative of the Secretary General encouraged the people of Afghanistan to begin an internal dialogue on the “meaning of peace and reconciliation” and added that the Government and the Taliban needed to engage directly with each other to define a political solution.

Also, recalling Secretary-General António Guterres' visit to Afghanistan last week, Mr. Yamamoto stated that the visit “clearly demonstrated his and the [UN system's] commitment to Afghanistan, solidarity with its people, and perseverance in the pursuit of peace.” 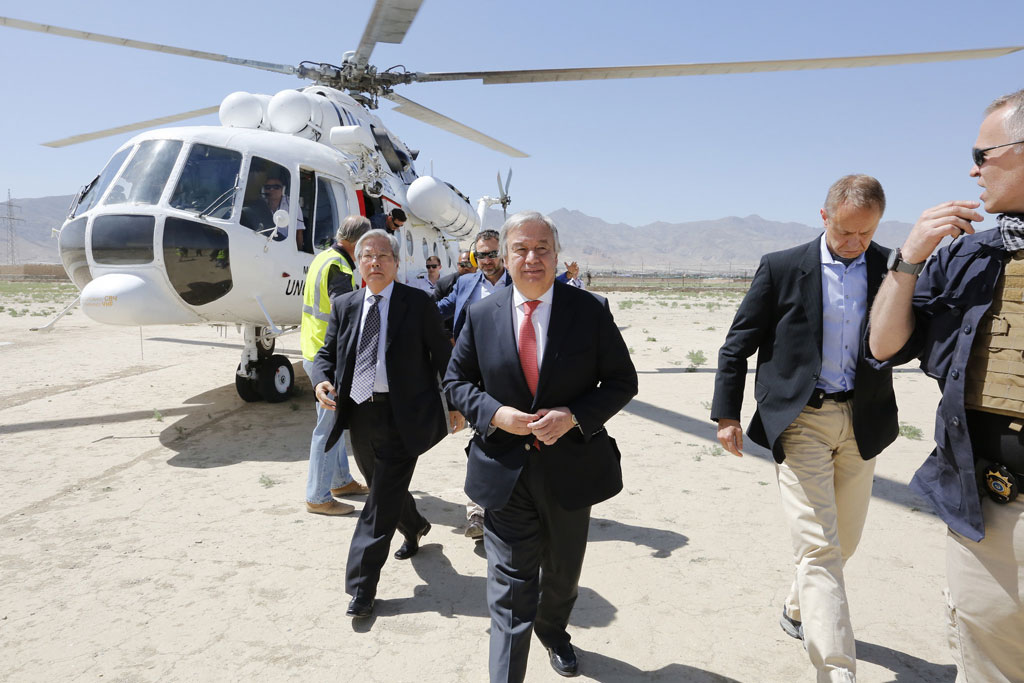 Secretary-General António Guterres arrived for a one-day visit to Afghanistan to show solidarity with its people, and support for both the Afghan-led peace process and the communities most affected by conflict. Photo UNAMA/Fardin Waezi 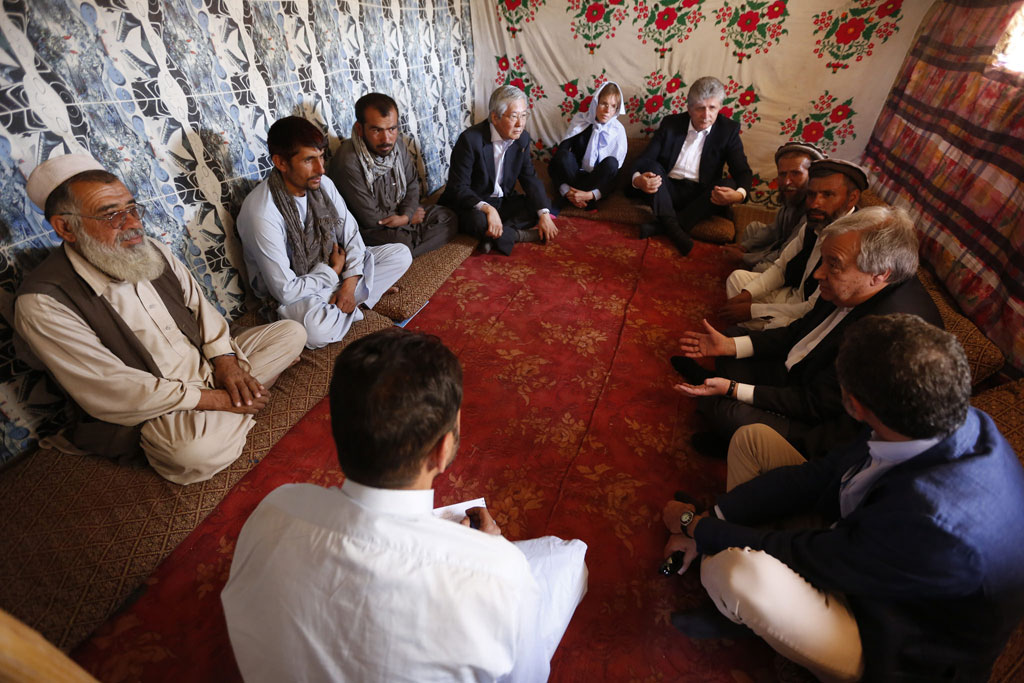 On the outskirts of the capital, Kabul, Mr. Guterres met with some of the 800,000 Afghans displaced by conflict in the last 18 months. Photo UNAMA/Fardin Waezi 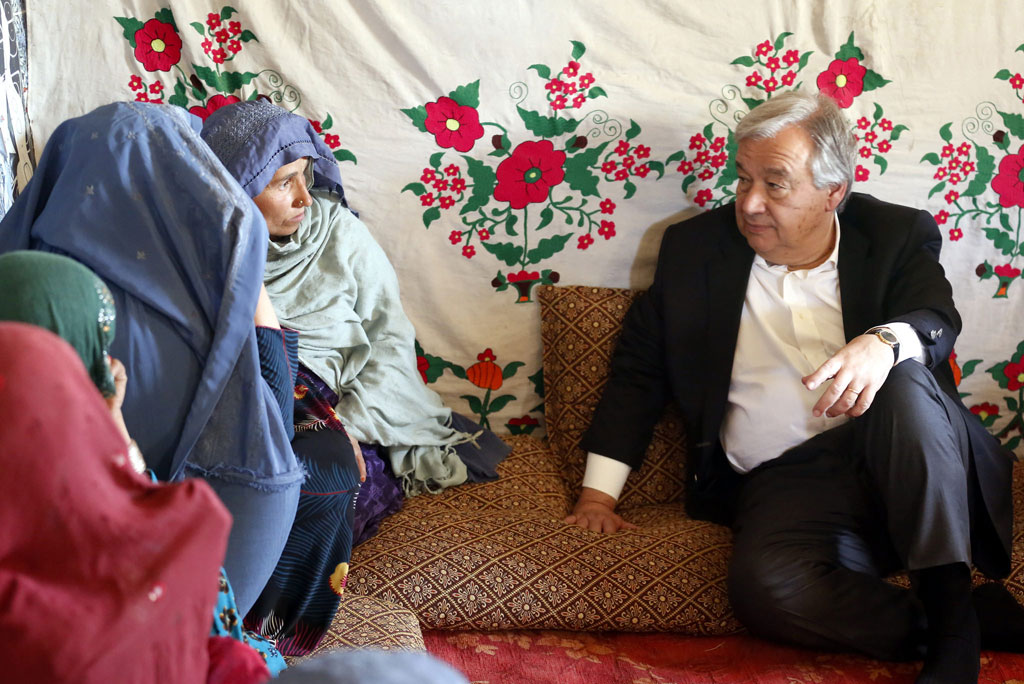 They told him that security was the prerequisite for their return to their homes, and stressed the need for education, vocational training and medical care. Photo UNAMA/Fardin Waezi 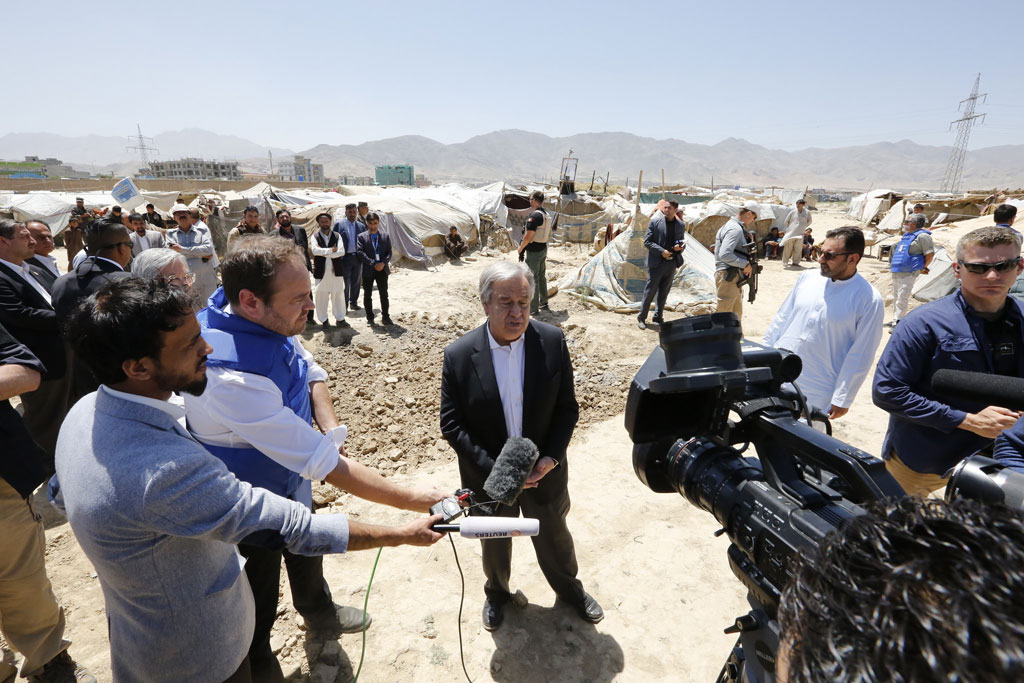 Mr. Guterres expressed his solidarity with the displaced, and assured them of the UN's commitment to work with the Government and people of Afghanistan to address their needs and build a sustainable and prosperous future. Photo UNAMA/Fardin Waezi 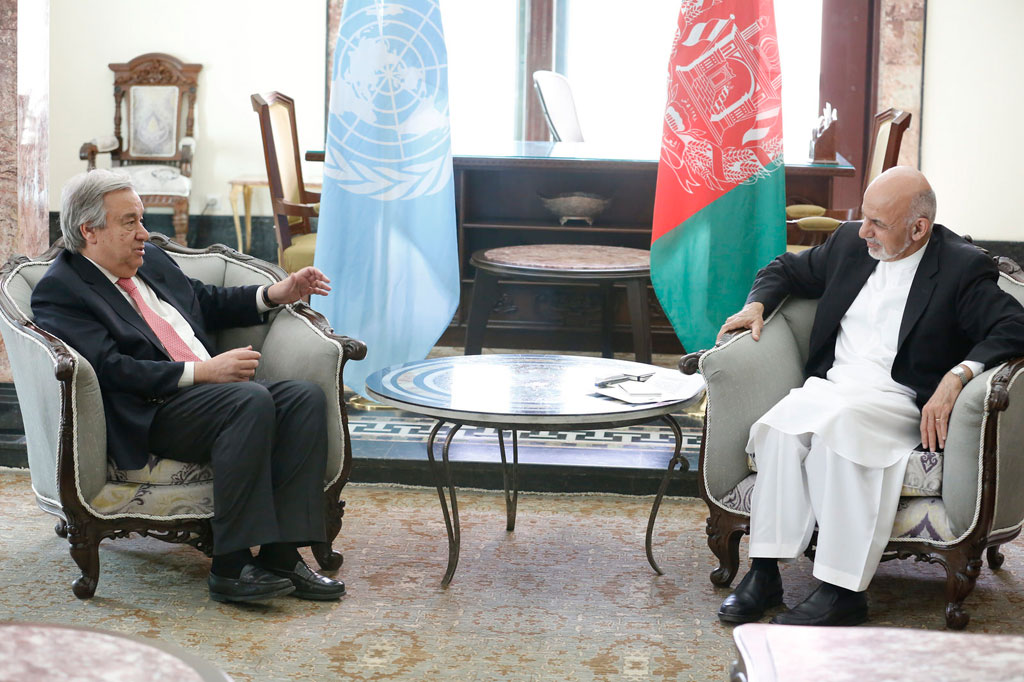 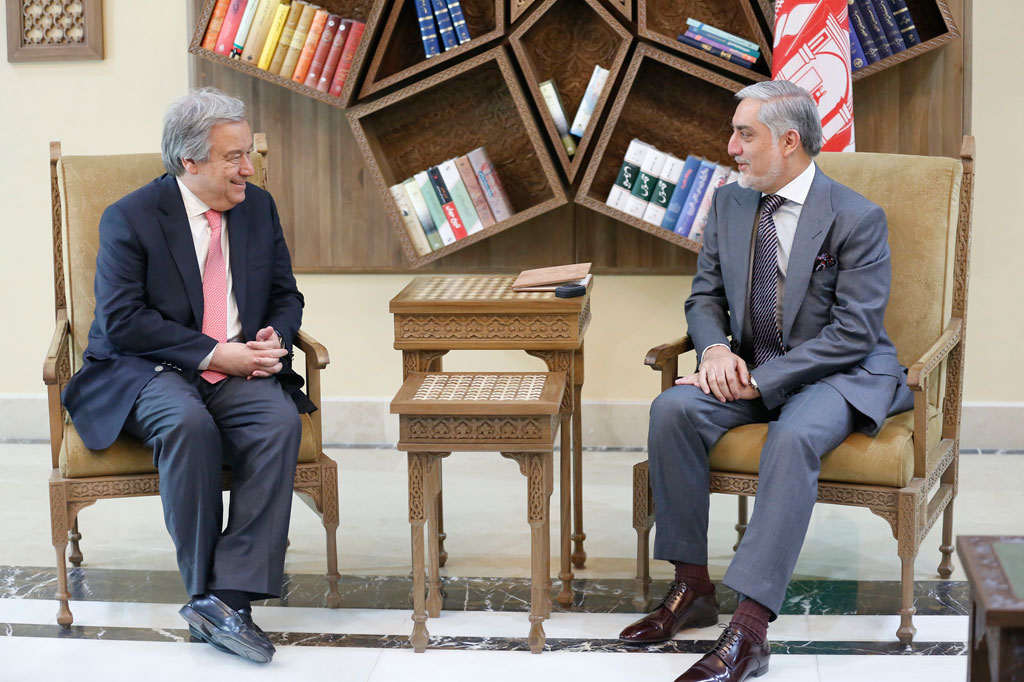 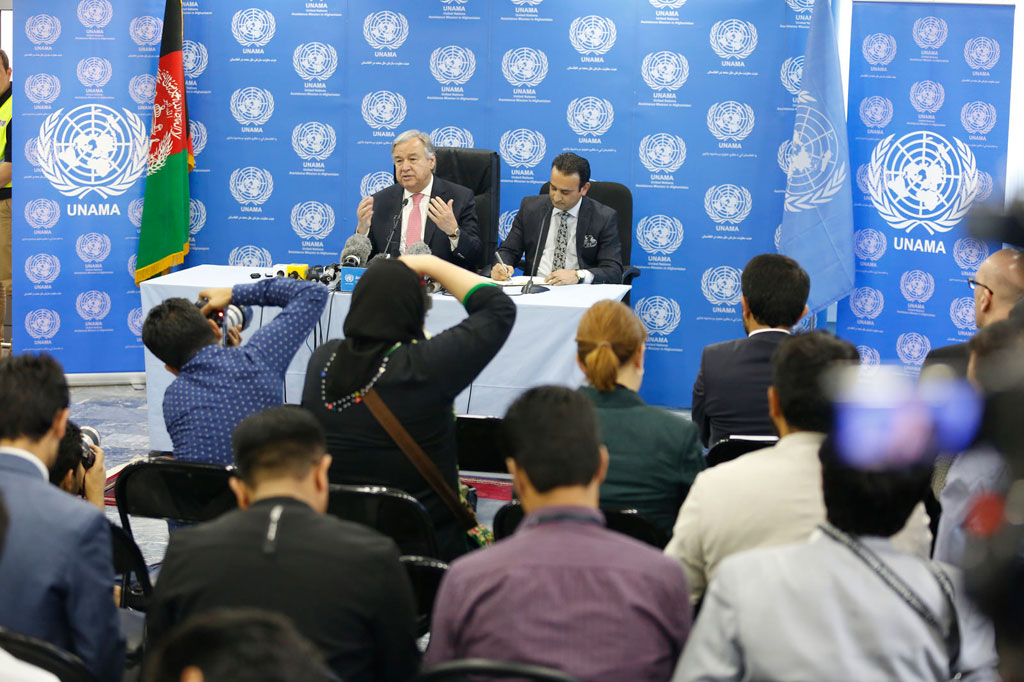 Speaking at a press conference, Mr. Guterres said he has "enormous admiration" for the courage and the resilience of the Afghan people. Photo UNAMA/Fardin Waezi 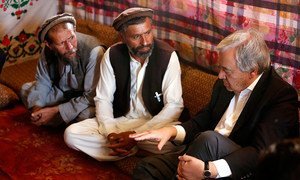 In Kabul, UN chief calls for peace and compassion

Expressing solidarity with Afghan people, in the wake of recent violence in the country, United Nations Secretary-General António Guterres today underscored the Organization's full commitment to work with the Government and people of the country to build a sustainable and prosperous future for them.