Underscoring the importance of accountable and inclusive governance and institutions for the successful implementation of the 2030 Agenda for Sustainable Development, United Nations Secretary-General António Guterres today called for public services to be more responsive, efficient and collaborative.

Further in his remarks, the UN chief also spoke of the need to fight corruption to ensure effective and accountable public services, and highlighted the need for mechanisms that not only support people but also includes the poorest and the most vulnerable, so that they are able to not only define their needs but also to be a part of the efforts in ways to address those challenges.

“As the President said, it [is] clear that 'Taza Koom' can be a way to empower the poorest and the most vulnerable,” said Mr. Guterres, noting that the UN would continue to assist the country in these efforts. 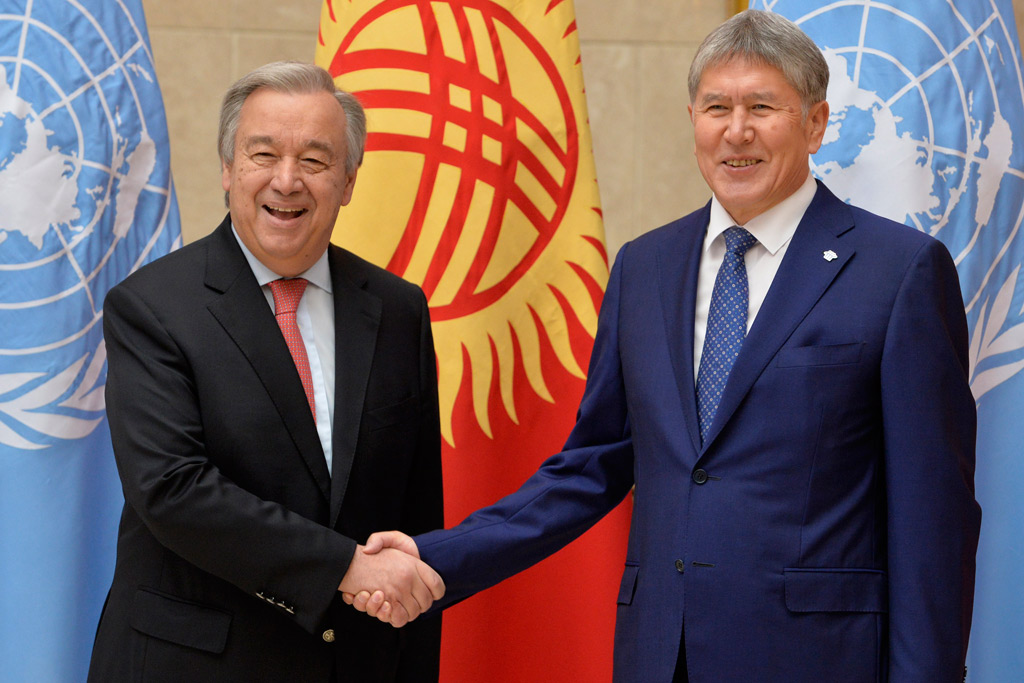 Speaking to the media at a press conference, alongside the President, Mr. Guterres hailed the country's efforts for democracy, rule of law and protection of human rights, as well as a vibrant and active civil society.

“I am also sure that Kyrgyzstan will play a very important role in what I hope will be future developments in Central Asia for better cooperation, better integration among the different countries and peoples of [the region] to guarantee its prosperity and its development,” he said.

Also today, Mr. Guterres took part in the commemoration of the June 2010 events in Osh, where he laid a wreath at the Mother's Tears monument and expressed his condolences to the families of the victims as well as solidarity with the people of Osh, of Jalal-abad and all other places where the violence broke out.

“The Mother's Tears [monument] should remind all of us that societies in the world are becoming multiethnic, multireligious, multicultural and that must be seen as a positive thing. It is a richness, not a threat,” he said, underscoring: “Diversity needs to be cherished, not condemned.” 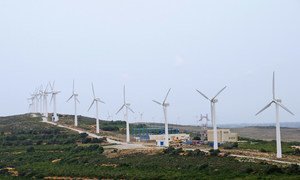 Underlining the importance of energy, in particular for realizing the Sustainable Development Goals, United Nations Secretary-General António Guterres called for urgent action to ensure that everyone has access to clean, affordable and efficient energy so that they can rise to their full potential.