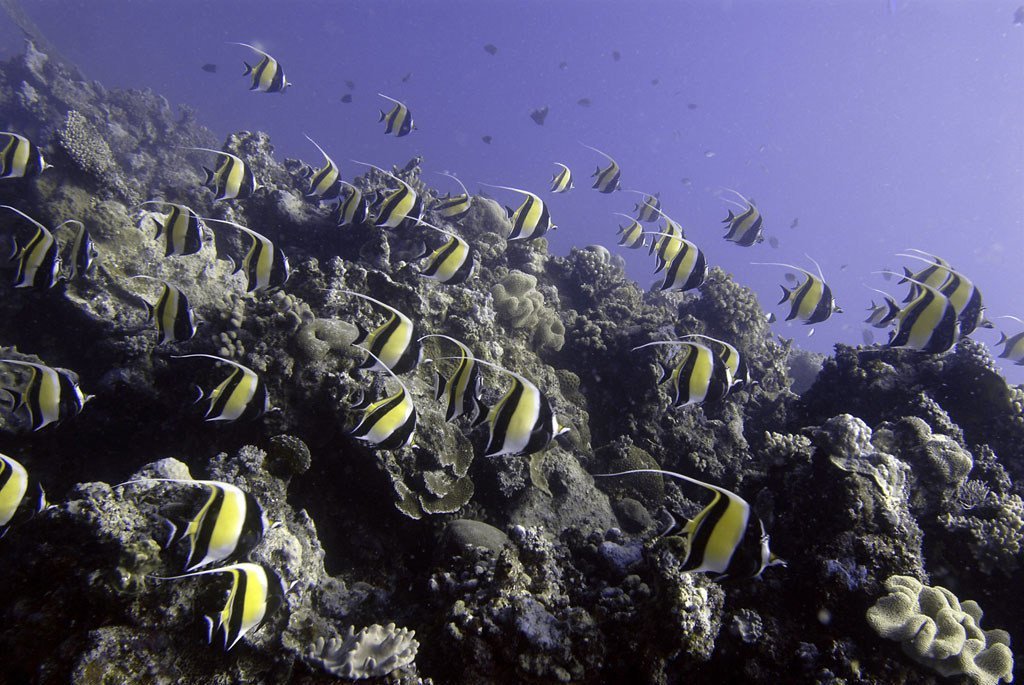 The future of the planet’s oceans is burdened by threats such as climate change, pollution and destructive fishing practices – and the lack of capacities to address these threats – United Nations Secretary-General António Guterres has said, calling for joint global action to ensure “that our oceans are peaceful, safe and bountiful, and remain healthy as our blue home.”

On this World Oceans Day, we look to the future. Caring for, and using, our oceans in sustainable ways is critical to achieve ecological and economic goals for communities everywhere,” said Mr. Guterres in a message on the Day.

This year, World Oceans Day is being celebrated alongside the first-ever The Ocean Conference, which has been under way in New York since Monday and wraps up tomorrow, aiming to strengthen commitments to Sustainable Development Goals (SDGs), particularly Goal 14 – to conserve and viably use the ocean.

Mr. Guterres said the 2030 Agenda for Sustainable Development is an ambitious framework which, together, the international community will use to address these threats and improve people’s lives. “World Oceans Day provides an important opportunity to advocate for a sustainable future,” he said, adding that governments, intergovernmental organizations, and civil society in New York are ready to launch a call for action to support implementation of SDG 14.

“Looking forward, the conservation and sustainable use of oceans can be achieved only if we manage to address effectively the threats that oceans face,” the Secretary-General said, stressing that “our future will thus be determined by our collective resolve to share information and find solutions to common problems.”

‘Unite for the ocean we need, for the future we want’ – UNECSO chief

A healthy ocean requires robust global knowledge of ocean science, the head of the United Nations Educational, Scientific and Cultural Organization (UNESCO) has said, marking the Day with a strong call to mobilize and harness the best scientific knowledge to protect our planet’s vital oceans.“We cannot manage what we cannot measure, and no single country is able to measure the myriad changes taking place in the ocean. From Fiji to Sweden, from Namibia to the Arctic, all Governments and partners must share knowledge to craft common science-based policies,” UNESCO Director-General Irina Bokova said in her message commemorating the Day.

According to UNESCO, oceans give humankind the keys to its survival, from oxygen to a well-functioning climate, to key elements of our natural and human heritage. “For this, we must nurture, mobilize and harness the best scientific knowledge,” she stressed.

Pointing to the Global Ocean Science Report, which UNESCO launched at The Ocean Conference, she said “[It] records for the first time where and how existing ocean science capacities are empowering society, sustaining the environment and generating knowledge to conserve ocean resources for all. Our message is clear – much has been done to promote and finance ocean science, but much more is required to fill the capacity gaps,” she explained. With this in mid, she said that UNESCO and partners are calling for 2021-2030 to become the International Decade of Ocean Science for Sustainable Development “to provide Governments, the scientific community, civil society and all other actors with a framework for coordinating and consolidating the observations and research needed to achieve SDG14.”

Cristiana Pasca Palmer, Executive Secretary of the Convention on Biological Diversity (CBD) said: “The future of the world's oceans is our future. Yet the present state of the oceans is troubling.” Indeed, people she has met this week at The Ocean Conference, from places as far flung as Sweden, Fiji, and Costa Rica, told stories of how the ocean they see today is a shadow of its former self. “Populations of fish, corals and other living creatures have suffered, and there is a great deal more plastic in our oceans. Ocean acidification, marine pollution, and damaging fisheries practices – they are all the result of human activities,” she said, but added: “Humans can also make a difference. And they are.”

Noting that earlier this week, she had reported that as far as marine protected areas coverage is concerned, the world is on track to achieve the global Aichi Biodiversity Target of 10 per cent conservation of coastal and marine areas by 2020. The world can now take the steps to ensure that these areas are effectively managed, representative, and support equitable and inclusive sustainable development.

Ms. Pasca Palmer said that here in New York, she sensed the same enthusiasm, energy and political will that was seen during the negotiations for the Paris Agreement on climate change.

“We are at a point where we can change the tide on the oceans. The discussions this week are about working rowing together, connecting our actions, and learning from each other. We can ride the waves of change to a more positive outcome for the oceans, and the future we want,” she stated.

The vital link between oceans and climate change is among the issues at the forefront of discussions at the United Nations Ocean Conference taking place in New York from 5 to 9 June.