The vital link between oceans and climate change is among the issues at the forefront of discussions at the United Nations Ocean Conference taking place in New York from 5 to 9 June.

The oceans, which cover three quarters of the Earth’s surface, play a vital role in the global climate system, generating oxygen and absorbing carbon dioxide from the atmosphere. Changes to the climate, brought about by increasing levels of greenhouse gases in the atmosphere, will thus lead to changes in the oceans, including sea-level rise and ocean acidification, which will put marine ecosystems and coastal communities at risk.

SDG 14 is the only universally agreed road map for conserving and sustainably managing marine resources Peter Thomson, President of the UN General Assembly

World leaders acknowledged the importance of the oceans when they adopted the 17 Sustainable Development Goals (SDGs), the universal blueprint for ending poverty, protecting the planet and ensuring that all people enjoy peace and prosperity. SDG 14 sets out specific targets to be met in order to conserve and sustainably use the oceans, seas and marine resources for sustainable development.

“SDG 14 is the only universally agreed road map for conserving and sustainably managing marine resources. Its faithful implementation is therefore our best hope for remedying the ocean's woes,” said Peter Thomson, President of the 71st session of the UN General Assembly. 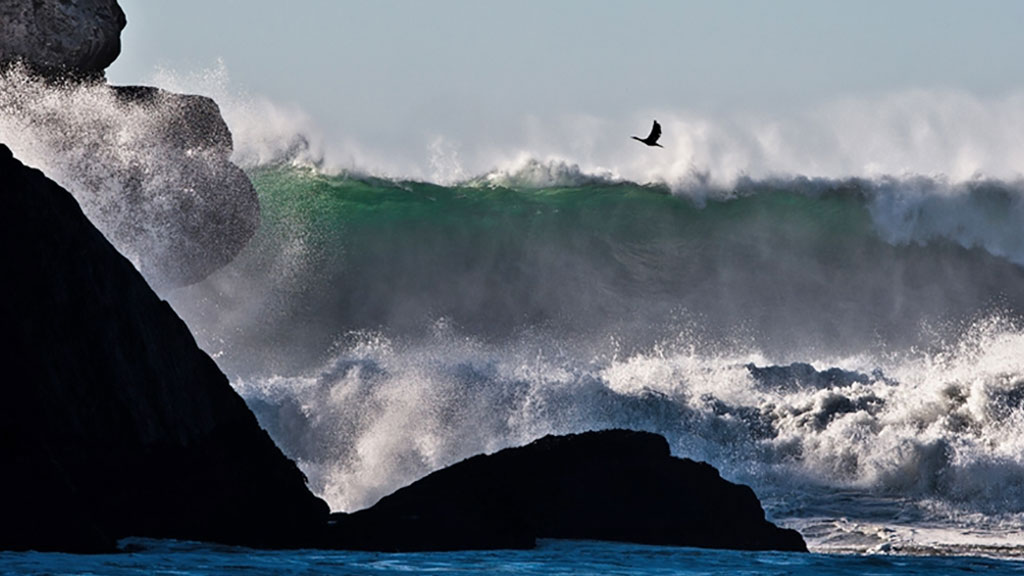 Although the ocean is the single largest habitat on the planet and is inextricably linked to human survival, climate change and the impact of increasing carbon dioxide emissions on the oceans have been largely overshadowed in the climate change debate, according to Isabella Lövin, Deputy Prime Minister of Sweden, one of the co-chairs of the Ocean Conference.

The oceans – which produce half of the world’s oxygen, regulate the earth's climate and temperature, provide food and water, and are home to hundreds of thousands of species – have been a staunch ally in curbing climate change.

More than 93 per cent of all the heat people have added to the planet since the 1950s has been absorbed by the oceans – but at a price, Ms. Lövin stressed. Rising ocean temperatures and increased acidification are now becoming apparent in melting Arctic sea ice and coral bleaching. Immediate mitigation, protection, restoration and adaptation actions are needed.

“Whether on the coast or in the high seas far away from all, safeguarding biodiverse marine sites is vital for ensuring the sustainable long-term use of precious natural resources,” says Irina Bokova, Director-General of the UN Educational, Scientific and Cultural Organization (UNESCO). 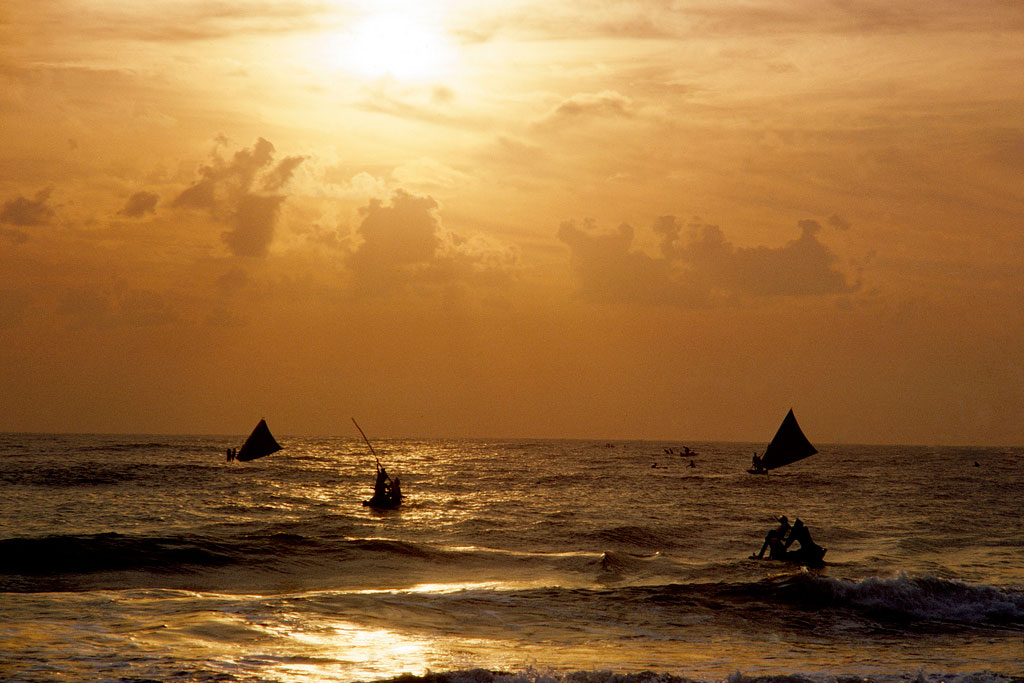 Fishermen in the Bay of Bengal, India, sail at dawn in their catamarans, consisting of four or five pieces of balsa wood tied together. Photo: UN Photo/John Isaac

The importance of the ocean to global climate cannot be underestimated, according to UNESCO. It absorbs a significant portion of carbon and an overwhelming amount of excess heat. Still, warmer atmospheric temperatures and increasing concentrations of greenhouse gases exert an enormous pressure on the ocean's ability to regulate the climate.

The oceans are experiencing “major stress” from climate change, according to Deputy Secretary-General Amina J. Mohammed. “Globally, the sea level has risen by 20 centimetres since the start of the 20th century, due mostly to thermal expansion of the oceans and melting of glaciers and ice caps. Some regions are experiencing even greater sea level rise. 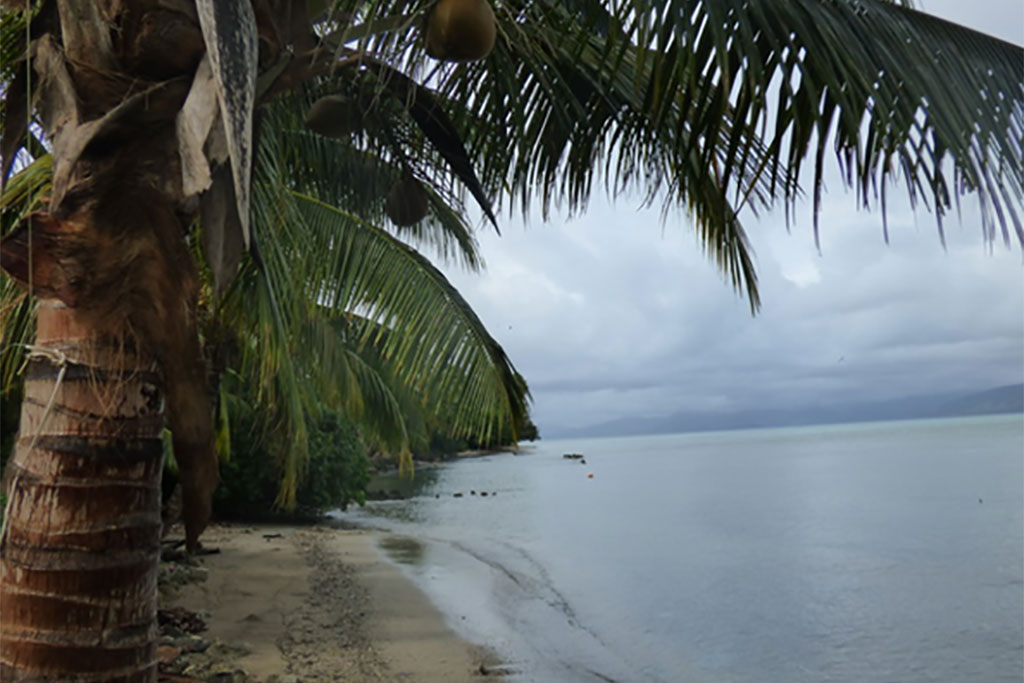 “Warmer temperatures are causing more extreme weather events, and a projected two-metre rise in sea levels by the end of the century would be catastrophic for coastal habitats and economies. Hundreds of millions of people are at risk,” she warns.

Particularly at risk are the inhabitants of small island States, with hurricanes, cyclones and tsunamis becoming increasingly more common threats.

“Trouble for the oceans means trouble for people. Human well-being and health, economic prosperity, and a stable climate depend on healthy oceans,” says Wu Hongbo, Under-Secretary-General for Economic and Social Affairs and Secretary-General of the Ocean Conference.

According to the UN Office for Disaster Risk Reduction (UNISDR), losses due to disasters from natural and man-made hazards including floods, storms and the impacts of climate change are mounting, costing governments over $300 billion globally each year.

UNISDR recently aligned its Disaster Resilience Scorecard, which provides a set of overarching assessments on disaster resilience, with the Sendai Framework – boosting the number of cities and towns capable of reducing their disaster losses by 2020

Global warming and the Polar Region

The effects of worldwide greenhouse gas emissions, one of the leading causes of global warming, are felt most intensely in the Polar Region. 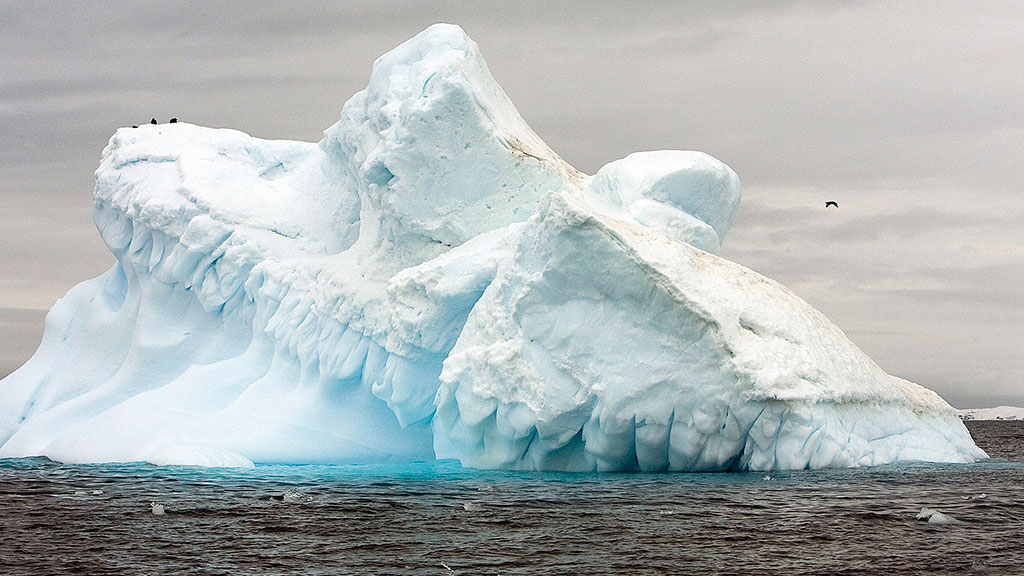 According to the World Meteorological Organization (WMO), both the Artic and Antarctica are warming twice as fast as the rest of the world. Glaciers and ice shelves are melting and sea ice and snow coverage are shrinking.

Polar wildlife ecosystems and indigenous population are already feeling the impact of climate change as polar conditions impact weather across the globe.

“Because of teleconnections, the poles influence weather and climate conditions in lower latitudes where hundreds of millions of people live,” warns Petteri Taalas, WMO’s Secretary-General. “Warming Arctic air masses and declining sea ice are believed to affect ocean circulation and the jet stream, and are potentially linked to extreme phenomena such as cold spells, heat waves and droughts in the northern hemisphere.”

With relatively little data available on the Earth’s Polar Regions, the UN weather agency kicked off of a two-year international effort to close gaps in polar forecasting capacity and improve future environmental safety.

The Year of Polar Prediction was launched in May to close the gaps in polar forecasting capacity and improve predictions of weather, climate and ice conditions in the farthest reaches of the planet. The global campaign aims to minimize environmental risks and maximize opportunities associated with climate change in polar regions.

Social scientists will examine how polar forecasts can be factored into socio-economic decision making while stakeholders in transport, shipping and tourism will provide input on community needs. 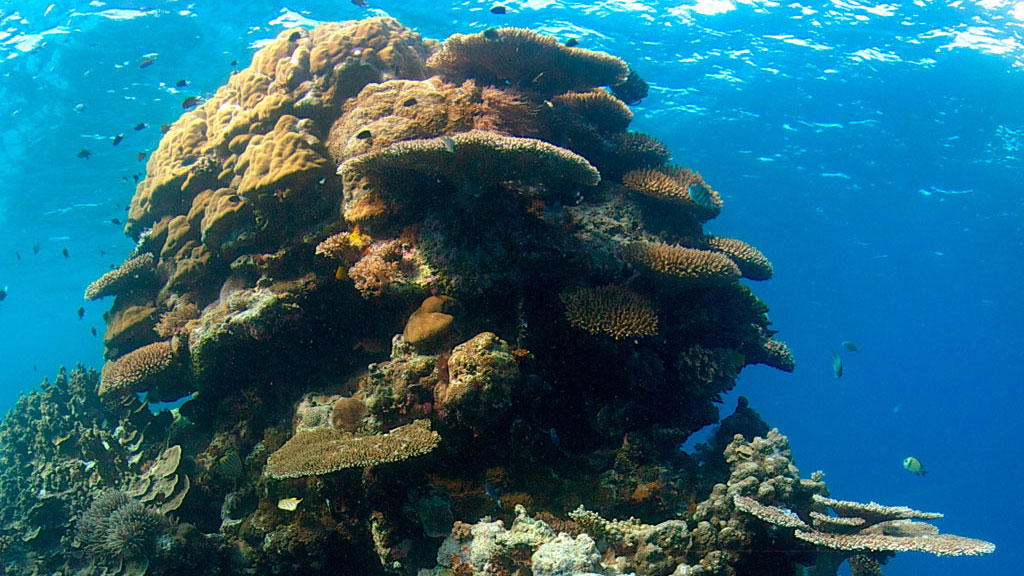 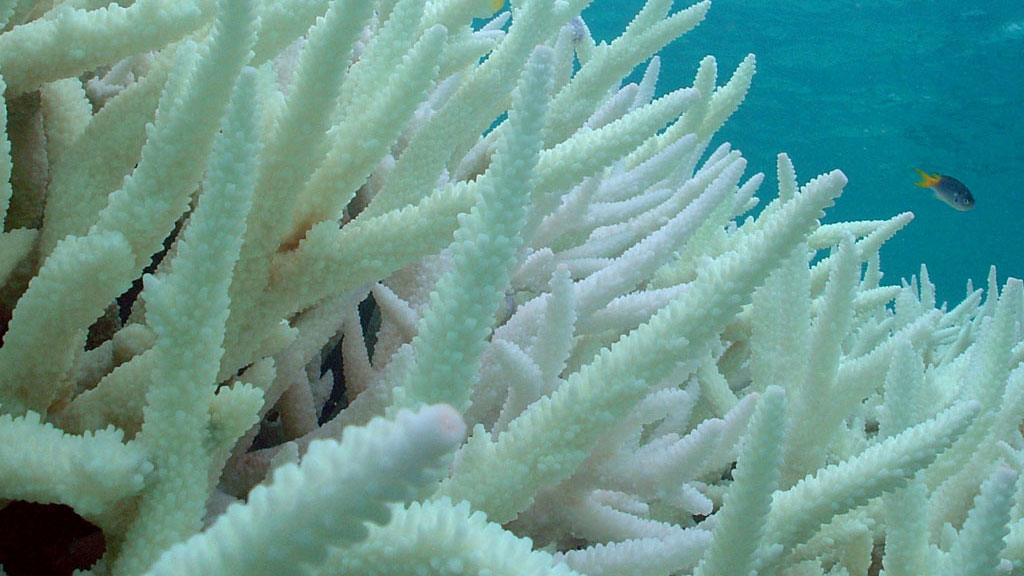 Above-normal ocean temperatures have contributed to coral bleaching and disruption of ecosystems, including in the Great Barrier Reef, which has seen up to 50 per cent of its coral die in certain parts. Photo: UNEP/Paul Marshall 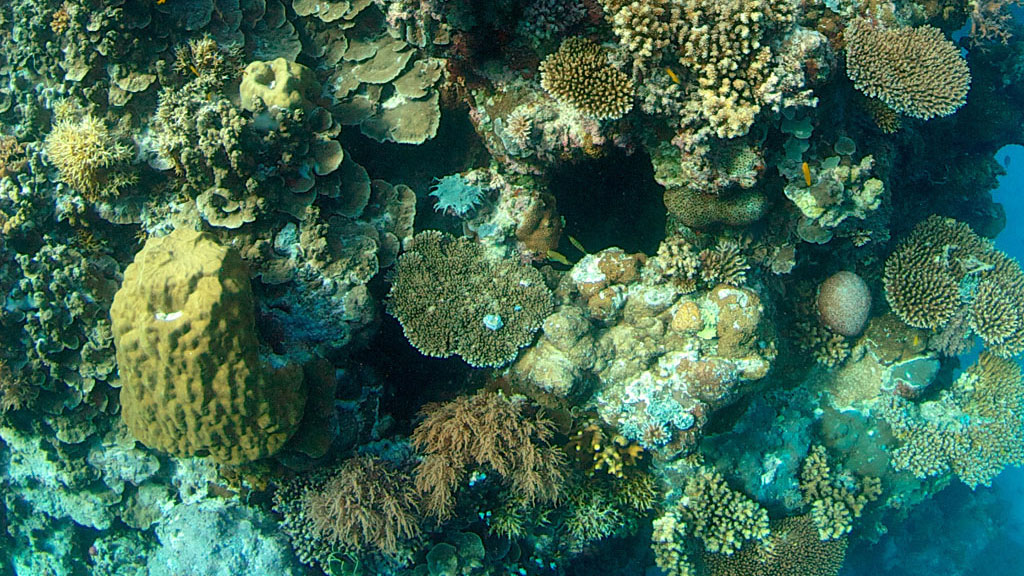 The UN backs the International Coral Reef Initiative – an informal partnership between nations and organizations to preserve coral reefs and their ecosystems by reducing pollution from plastic microbeads and sunscreen, and financing projects that help protect and restore coral reefs, mangroves and seagrasses. Photo: UNEP/Jerker Tamelander 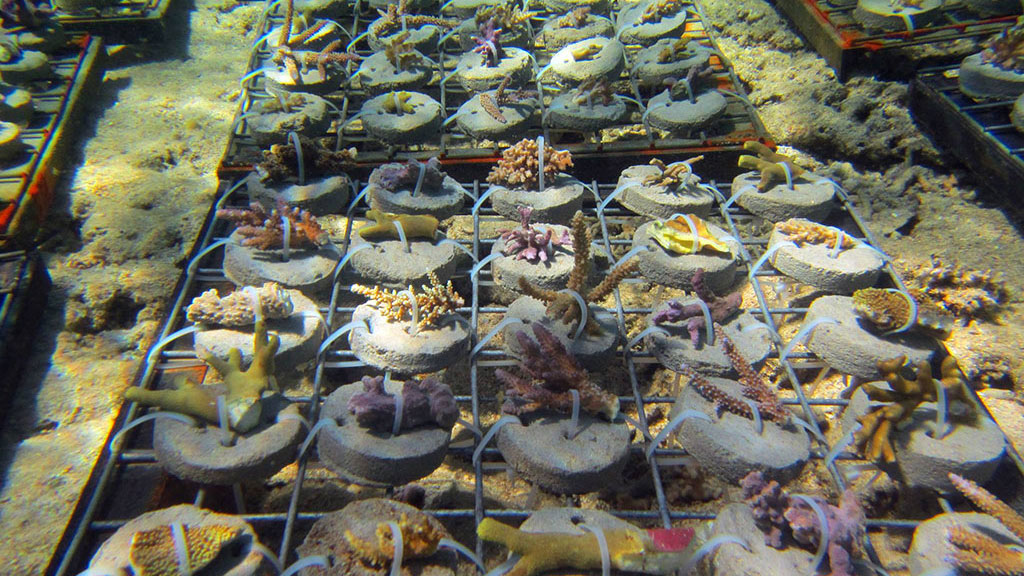 Corals that have shown some resistance to rising temperatures are being grown on coral farms in Marine Protected Areas. Photo: Reef Explorer Fiji

Tropical coral reefs cover a mere 1 per cent of the ocean but are among the most bio-diverse systems on the planet, supporting one quarter of all marine species.

According to the UN Environment Programme (UNEP), coral reefs exist in over 100 nations, including more than 80 developing countries. They sustain human society through a range of ecosystem services, such as livelihoods and food security from fisheries; revenue from tourism; erosion prevention; and protection from extreme weather events through dissipation of wave energy. They also help to lessen inundation and damage during storms.

Among the planet’s natural ecosystems, mangroves, sea-grass beds and coral reefs return the highest value in terms of ecosystem services. A square kilometre of healthy, well-managed coral reef can yield a catch of over 15 tons of fish and other seafood every year. Some 850 million people live within 100 km of coral reefs, deriving some benefits –with at least 275 million depending directly on reefs for livelihoods and sustenance.

According to the UN Development Programme (UNDP), the planet’s freshwater and oceans are inextricably linked through the earth’s water cycle. The agency notes that 97 per cent of the world’s water is in the ocean and the ocean supplies almost all the water that falls on land as rain and snow. Of the small portion that is fresh water; about a third is in in the ground and a mere .3 per cent in accessible surface waters.

Climate change scenarios project that discrepancies between water supply and demand will heighten. The frequency and severity of floods and droughts will likely change many river basins worldwide – with droughts causing significant socio-economic and environmental consequences.

The UNEP estimates the cumulative economic impact of poor ocean management practices at minimally $200 billion per year. In the absence of mitigation measures, climate change will increase the cost of damage to the ocean by an additional $322 billion annually by 2050. 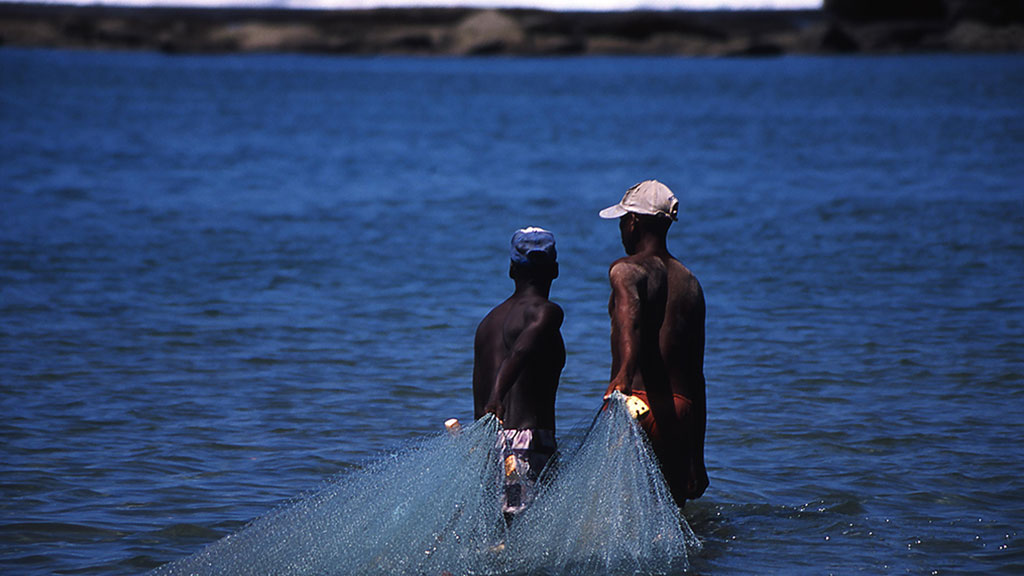 “In a world where demands for freshwater are ever growing, and where limited water resources are increasingly stressed by over-abstraction, pollution and climate change, neglecting the opportunities arising from improved wastewater management is nothing less than unthinkable in the context of a circular economy,” according to the UN World Water Development Report 2017, Wastewater: The Untapped Resource

Weighing the linkages and significant socio-economic benefits of the earth’s freshwater and marine systems, UNDP underscores the need to take adaptive, integrated, ecosystem-based approaches to manage freshwater and ocean resources.

As such, UNDP is assisting countries in equitably allocating water resources and implementing integrated management through adaptive water governance, which helps to reduce poverty and vulnerability, sustain and enhance livelihoods and protect environmental resources.

Oceans are part of the solution

Humanity owes much to the oceans in many aspects of life: providing invaluable ecosystems, climate regulation and cultural support to the millions of people who live near the sea, according to José Graziano da Silva, Director-General of the Food and Agriculture Organization (FAO). 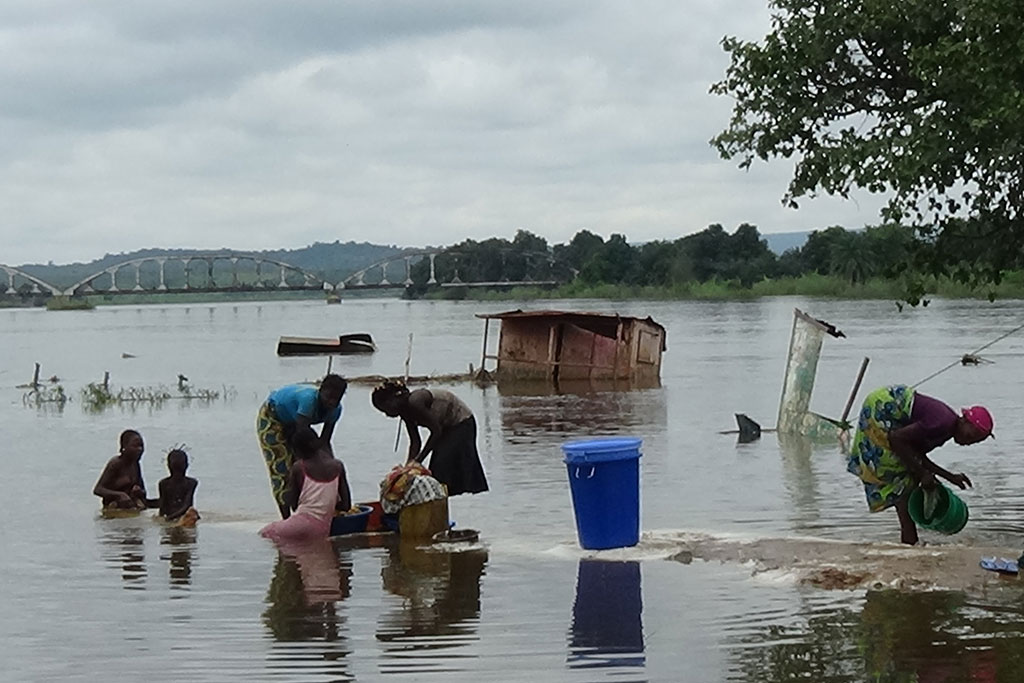 When families in the Haut-Katanga and Haut-Lomami provinces of the Democratic Republic of the Congo do not drill their own wells, they use the waters of the Congo River, one of the main vectors of disease, including cholera. Photo: OCHA/J-L. Mbalivoto

As 3 billion people ultimately depend on marine and coastal biodiversity, all nations agree on the need to step up efforts to protect oceans and seas, especially in the era of climate change, when transformational interventions are becoming even more urgent and encompassing.

The oceans cover almost three quarters of the Earth's surface, storing one third of all the carbon emissions stemming from human activity. They are part of the solution, and they must be a key focus of global efforts to cope with and mitigate climate change, he stresses.

“Oceans play a crucial role in the achievement of global food security, as well as human health and well-being,” says Miguel de Serpa Soares, UN Legal Counsel and Special Adviser to the Presidents of the Ocean Conference on oceans and legal matters.

“They are the primary regulator of the global climate, function as an important sink for greenhouse gases, serve as the host for huge reservoirs of biodiversity and play a major role in producing the oxygen we breathe.”