UNAIDS
Fanaye Hailu says her daughter Betty was born HIV-free and is now eight years old and suggests that every mother, every pregnant woman must get tested for HIV which can save the lives of the mother and her baby.
1 June 2017

While global optimism has fuelled a major push to end the AIDS epidemic by 2030 – the highest ambition within the 2030 Agenda for Sustainable Development – the United Nations today warned that the pandemic is far from over, and with more than 36 million people living with HIV, tackling it will require a life-cycle approach based on community-level solutions.

“Achieving our aims on AIDS is interlinked and embedded within the broader 2030 Agenda. Both are grounded in equity, human rights and a promise to leave no one behind,” Deputy Secretary-General Amina Mohammed told delegations gathered for the General Assembly’s annual review of the Secretary-General’s report, this year calling for a reinvigorated global response to HIV/AIDS.

In 2016, The UN political declaration on ending AIDS set the world on a fast-track to stamp out the epidemic by 2030. In the first phase, countries agreed to reduce new HIV infections and AIDS-related deaths to fewer than 500,000 by 2020.They also agreed to eliminate HIV-related stigma and discrimination by then.

However, according to the report, with less than four years to go, progress on reducing new HIV infections among adults has stalled, financing for the global response has dried up and more importantly, women and girls continue to bear the brunt of the AIDS epidemic. 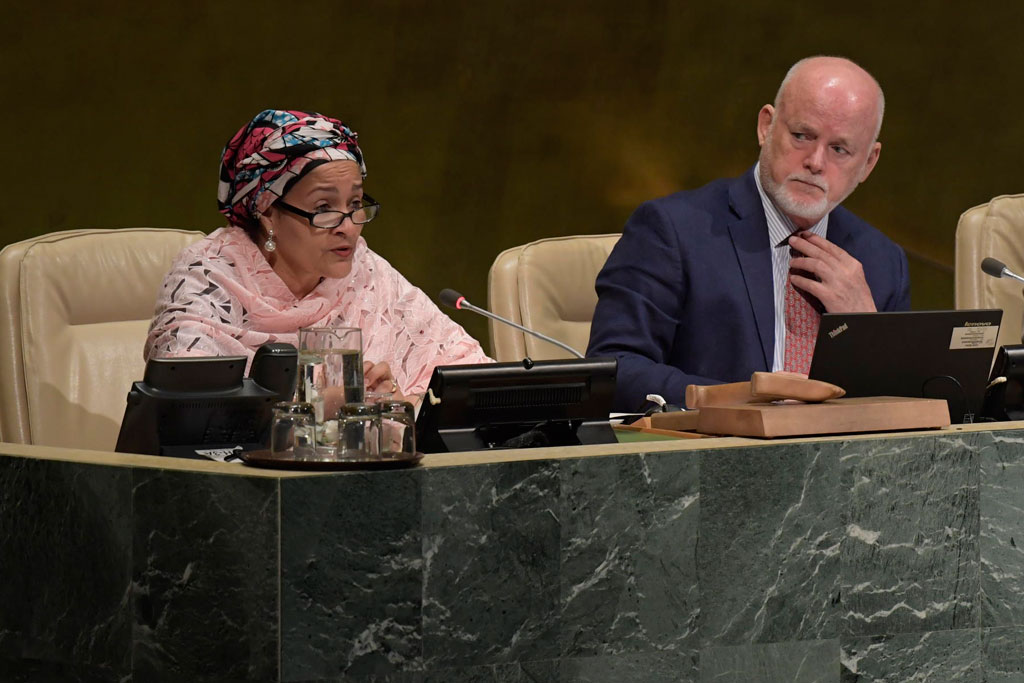 Briefing Member States alongside Assembly President Peter Thomson, Ms. Mohammed warned that the pandemic is far from over. The Joint United Nations Programme on HIV/AIDS (UNAIDS) estimates that more than 36.7 million people are living with HIV globally.

“While more than 18 million are now on life-saving treatment, this is just half of those who need it, and there is no decline in the number of new infections each year. People living with HIV who are on treatment can now expect the same life expectancy as someone who is not infected,” she said.

That is why a life-cycle approach to HIV is so important, she continued, to ensure that people have access to the services they need at every stage of life. Echoing the report’s concern, she cited other challenges, noting that key populations, including sex workers, people who inject drugs, transgender people, and men who have sex with men, remain at much higher risk of HIV infection. More than 10 million additional people living with HIV must access treatment by 2020; most of them are unaware of their HIV status.

“Now we need to do a better job of reaching young women and adolescent girls. This is true of Sub-Saharan Africa where adolescent girls account for three out of four new HIV infections among the 15 to 19 year olds. Women and girls’ heightened vulnerability of women and girls to HIV is intimately linked to “entrenched gender-based inequalities and harmful social attitudes,” she said, adding: “We also need to ensure a more integrated approach to HIV delivery. In particular, we need to integrate HIV, sexual and reproductive health programmes, including family planning.”

A blunt assessment would say that to date, our achievements have been mixed

For his part, Mr. Thomson said that while major advancements have been made, the scale of shortcomings remainsed deeply concerning. HIV prevention rates among adults around the world had largely stalled, with the number of new infections actually increasing in some regions. Some 1,800 young people a day were being newly infected with the virus, with young women at particular risk. 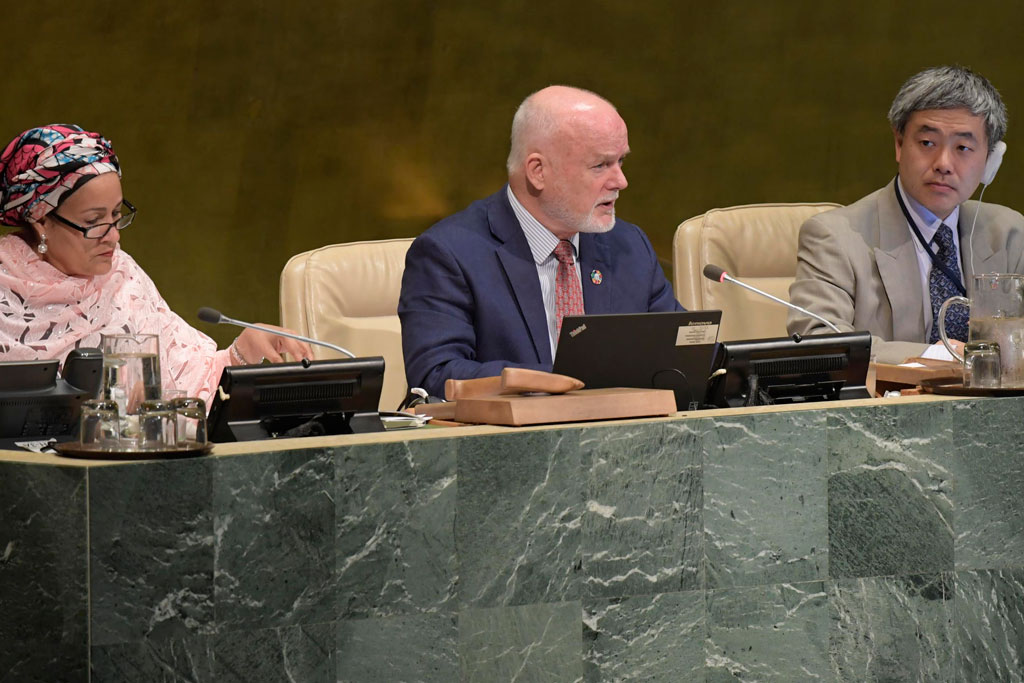 Peter Thomson (centre), President of the 71st session of the General Assembly, addresses the Assembly’s annual review on progress in the global response to the HIV/AIDS epidemic. UN Photo/Evan Schneider

“A blunt assessment would say that to date our achievements have been mixed,” said the Assembly President, stressing that ending the AIDS epidemic by 2030 requires a comprehensive and inclusive approach that also targets education, information and services to people living with HIV and to those at risk.

“We must build on the tremendous advances we have already seen in science, technology and innovation to better support people living with HIV, and to find a path towards a vaccine or cure,” he said, adding that it is important to leverage the integrated nature of the SDGs by building on the synergies between the global AIDS response and efforts to achieve universal health coverage.

Adequate funding remains critical to meet the objectives, he added, emphasizing the need to close the $7 billion funding gap for the global AIDS response.

The United Nations agency leading the world's HIV/AIDS response is urging everyone to 'make some noise' for zero discrimination in healthcare settings.