Spread of the Zika virus disease and emerging threat of dengue and chikungunya were the result of weak mosquito control policies adopted nearly half a century ago, the United Nations health agency has said, vowing a renewed attack on global spread of such vector-borne diseases.

“What we are seeing now looks more and more like a dramatic resurgence of the threat from emerging and re-emerging infectious diseases,” Margaret Chan, the Director-General of the UN World Health Organization (WHO) told the sixty-ninth World Health Assembly, in May last year.

Starting in June 2016, the UN health agency began developing a comprehensive response to strategically guide countries and partners to urgently strengthen vector control as a fundamental approach to preventing disease and responding to outbreaks.

The unique fast-track process culminated this week with the adoption of the Global Vector Control Response 2017–2030 by the World Health Assembly (at its seventieth session).

The Response is also expected to go a long way in supporting implementation of approaches to vector control and achieve disease-specific national and global goals as well as for the implementation of the 2030 Agenda and the Sustainable Development Goals (SDGs).

Of most direct relevance are Goals 3, 6 and 11 on ensuring health and well-being and clean water and sanitation, and on sustainable cities and communities.

Riding on wave of economic development

In particular, the Global Response calls for aggressive pursuit of promising new interventions such as new insecticides, spatial repellents and odour-baited traps, improved house screening, and developing common bacterium which can stop viruses from replicating inside mosquitoes.

At the same time, economic development can help bring solutions.

“If people lived in houses that had solid floors and windows with screens or air conditioning, they wouldn't need a bednet,” said Professor Thomas Scott from the Department of Entomology and Nematology at the University of California, who co-led a group of eminent scientists and public health experts in the development of the Response.

“By improving people's standard of living, we would significantly reduce these diseases,” he added.

One such example is Malaria: massive use of insecticide-treated bednets and use of residual insecticides inside houses has helped reduce the disease's incidence in sub-Saharan Africa by 45 per cent over the past 15 years. 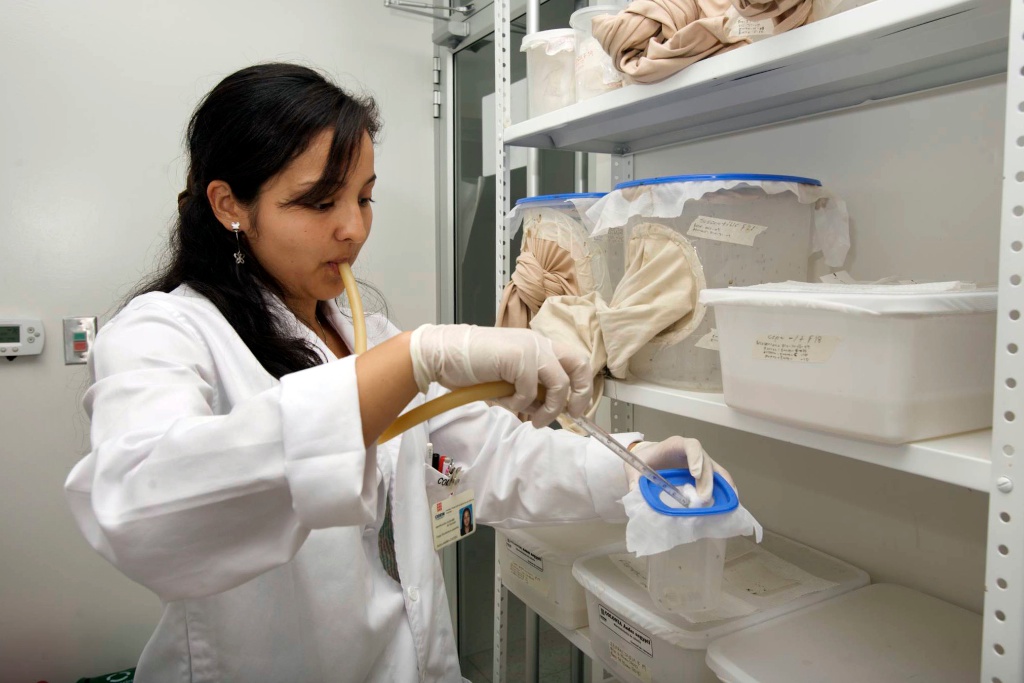 But that success has had a down side.

A scientist who focuses on the study of classification, life cycle, distribution, physiology, behaviour, ecology and population dynamics of insects and pests.

To counter this phenomenon, the Global Vector Control Response urges countries to invest in a vector-control workforce trained in public health entomology and empowered in health care responses.

“We now need more nuanced control – not one-size-fits-all, but to tailor control to local conditions,” added Professor Lindsay, noting that under the new strategic approach, individual diseases such as Zika, dengue and chikungunya will no longer be considered as separate threats.

“What this represents is not three different diseases, but one mosquito – Aedes aegypti,” said Professor Lindsay.

A change in mentality needed

Experts have also highlighted that while the task ahead will not be easy, the Global Response offers room for optimism.

“Most of all, this document is a call for action”, said Dr. Ana Carolina Silva Santelli, who co-led the eminent group with Professor Scott, presently the deputy director for epidemiology in the Brasilia office of the US Centers for Disease Control and Prevention, noting that integrating vector-control efforts across different diseases will require more equipment, people and resources.

But above all, a change in mentality is needed, she noted. “The risk of inaction is greater [...] given the growing number of emerging disease threats.”

♦ Receive daily updates directly in your inbox - Subscribe here to a topic.
♦ Download the UN News app for your iOS or Android devices.
Mosquito

In an effort to escalate the global fight against mosquito-borne diseases, the United Nations environment agency together with partners has launched a new collaborative platform that seeks to track and control the vector responsible for close to 2.7 million deaths annually.