“I thought to myself my business was over,” says 74-year-old Hatakeyama, who is known as ‘Grandpa Oyster,’ a nickname given by the schoolchildren in his environmental education programme.

To his surprise, however, the conditions conducive to oyster farming in Kesennuma Bay came back quickly.  He believes the recovery can be attributed to the tree-planting movement he and his fishing community initiated decades ago in the upstream of Okawa River that flows into the Bay.

Mr. Hatakeyama is the president of the non-profit organization “Mori wa Umi no Koibito” (The forest is longing for the sea, the sea is longing for the forest), whose activities focus on reforestation and environmental education. He was also one of the recipients of the UN Forest Hero Award in 2012.

Ahead of the United Nations Ocean Conference, Mr. Hatakeyama spoke with UN News and explained how the forest environment is interlinked to marine production.

Shigeatsu Hatakeyama: The movement started in 1989. Oysters grow in areas of brackish waters where a river meets the sea.  You cannot grow oysters just with salt water. Fresh water is necessary. For instance, Hiroshima, a well-known oyster production site, has brackish water areas at the mouth of the Ota River. Okawa flows into Kesennuma Bay, where our oyster farm is situated. Nutrients from upstream forests that a river carries raise phytoplankton, which oysters feed on. 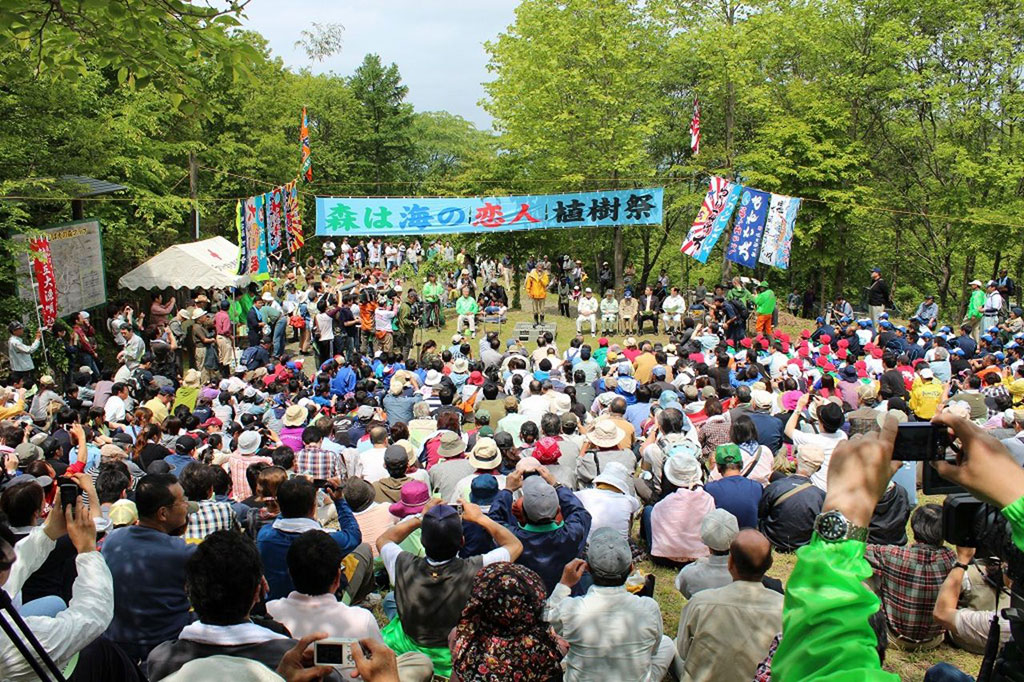 About 40 years ago, a red tide occurred in the bay. Red tide is caused by human activities on the land side. It does not come from offshore. A shell of oyster inhales 200 litres of water a day. The body of oysters turned red and they were called ‘blood oysters,’ which were not sellable in markets and had to all be disposed of. This incident was the starting point for our fishing community to launch a campaign to regain the blue sea.

I also had a first-hand experience that deepened my understanding of the link between forests, rivers and the ocean

I also had a first-hand experience that deepened my understanding of the link between forests, rivers and the ocean. One day, a French scholar visited a research facility in the Kesennuma area.  At her invitation, I visited France, a country known for oyster farming. I was very impressed with a variety of seafood produced in the estuary of Loire. There was a huge forest of deciduous broad-leaved trees along the river. I rediscovered the link among forests, rivers and the ocean. A good forest raises a good ocean.

The academic world is vertically divided. Forest, river and sea are placed in different academic fields. There were few scholars who can elucidate the relationship between forest, rivers and the ocean in a holistic manner. American scholar John Martin discovered that plankton does not grow in some waters that lack iron. The sea becomes anaemic if iron is not provided. I found that Hokkaido University professor Katsuhiko Matsunaga was also saying that forests grow a rich ocean.  His research gave scientific justification for our movement of planting trees upstream of rivers. Dams stop the flow of iron into the ocean.

Farmers usually do not take the ocean into account when they grow crops. If inhabitants in the river basin do not think about the seas, oyster production sites will vanish. 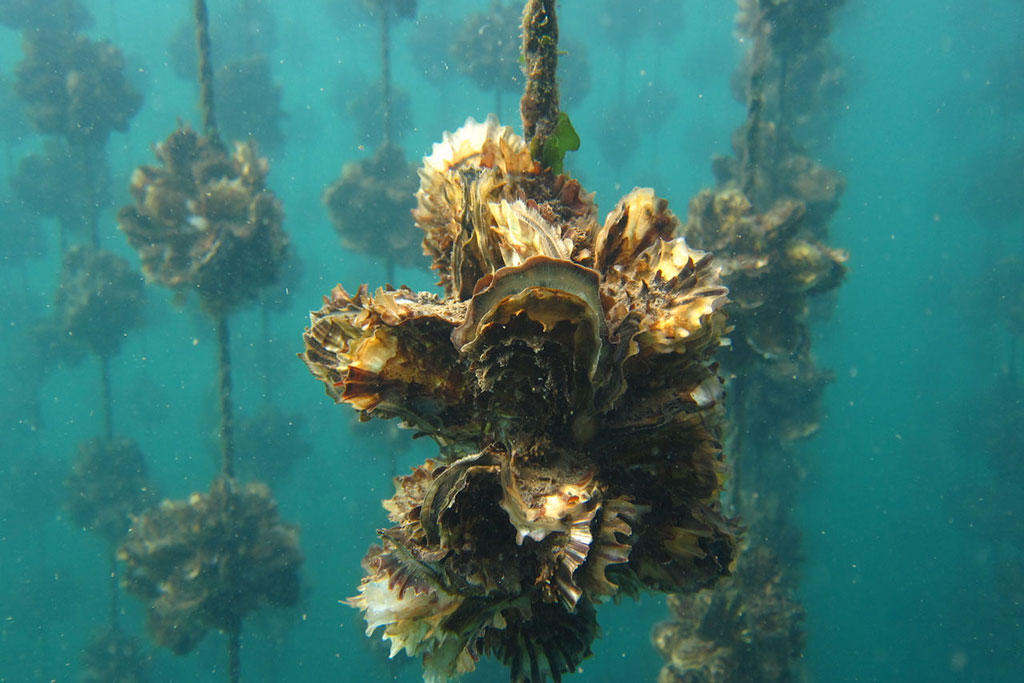 UN News: What impact did the East Japan Great Earthquake and Tsunami of 2011 have on your oyster business?

Shigeatsu Hatakeyama: It was beyond an impact. A 20-metre-high tsunami brought complete destruction and I lost everything, from boats, aquaculture rafts and other equipment like refrigerators. Honestly, I thought to myself ‘my business is over.’ All living creatures disappeared. But by May (about two months after the disaster), living beings started to re-emerge. When a Kyoto University research team came, I was eager to know the status of plankton in the bay as there was speculation that the sea was dead. A member of the research mission said: ‘Mr. Hatakeyama, please rest assured. There are more plankton than oysters can eat.’

Hearing that, I was convinced that I could revive my oyster farming business. The researcher attributed the quick comeback of the sea’s condition to the forests upstream. This experience proved the legitimacy of our reforestation movement. In the following year, I received the UN Forest Hero Award.

UN News: As a recipient of the UN Forest Hero Award, what kind of outcome do you expect from the UN Ocean Conference to be held in June?

Shigeatsu Hatakeyama: Research on the relationship between the ocean and forest is progressing. As you know, waters off Japan’s Sanriku Coast form one of the world’s top three fishing grounds. In fishery high school, I was taught that the condition for the fertile waters was created by the collision of Black and Parental currents. But new studies suggest that the forests – five times larger than Japan’s land – around the Amur River, which runs along the border of eastern Russia and northern China, produce iron that does not oxidize. The Amur carries this type of iron into the Sea of Okhotsk, and iron flows via the Bussol Strait of the Kuril Islands into the northern Pacific Ocean, where the Sanriku fishing ground is situated. 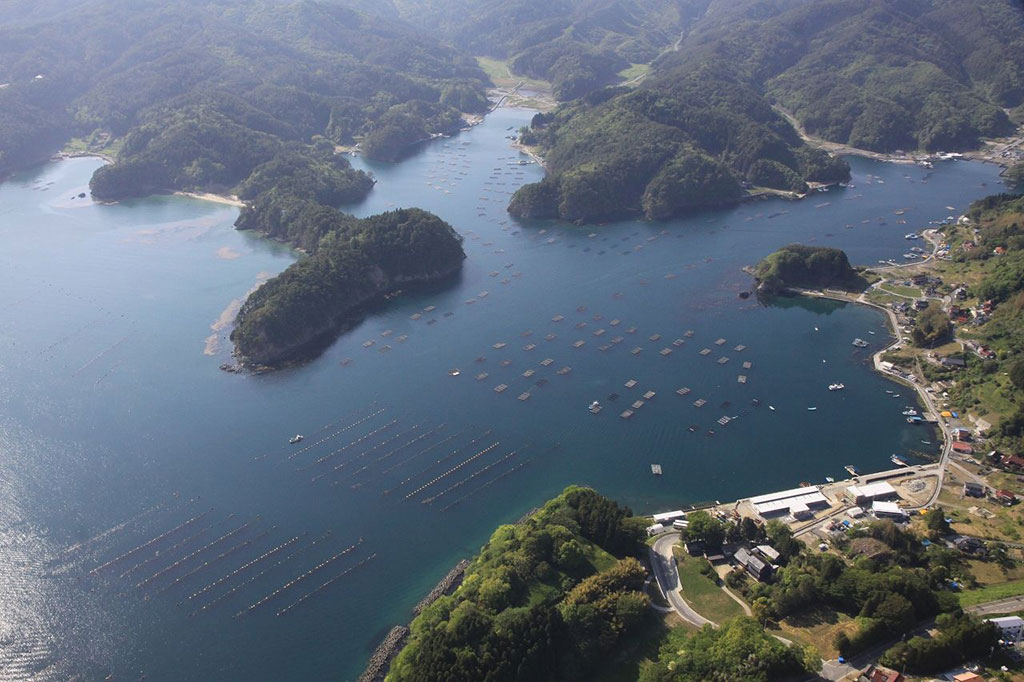 It has become clear now that the source of iron in the waters off Japan’s Sanriku Coast is the forests in the Russian-Chinese border. Many fishery and ocean experts are expected to participate in the UN Ocean Conference. But it is meaningless to hold the meeting if they forget to discuss the link between the forest and the ocean.

It is important to teach children how forests, rivers and the ocean are connected

UN News: Please share your thoughts about the importance of human resource development and youth education.

Shigeatsu Hatakeyama: If you don’t share the values with people living in the river basin, the sea will get contaminated. This is not a matter of natural science but a problem created by humans. It is important to teach children how forests, rivers and the ocean are connected. We started educating children one year after our reforestation movement began. We planted trees not only in the mountains, but also in the minds of boys and girls. We have educated more than 10,000 children.

UN News: How do you feel about being nicknamed ‘Grandpa Oyster?’

Shigeatsu Hatakeyama: I could not use water for two months after the 2011 tsunami. My beard grew unkempt and I probably looked like Colonel Sanders, the founder of the Kentucky Fried Chicken fast-food chain. Elementary school children enrolled in our on-site environmental education programme started calling me ‘Grandpa Oyster.’ Now at 74, I feel I have reached an appropriate age to be called a grandpa. 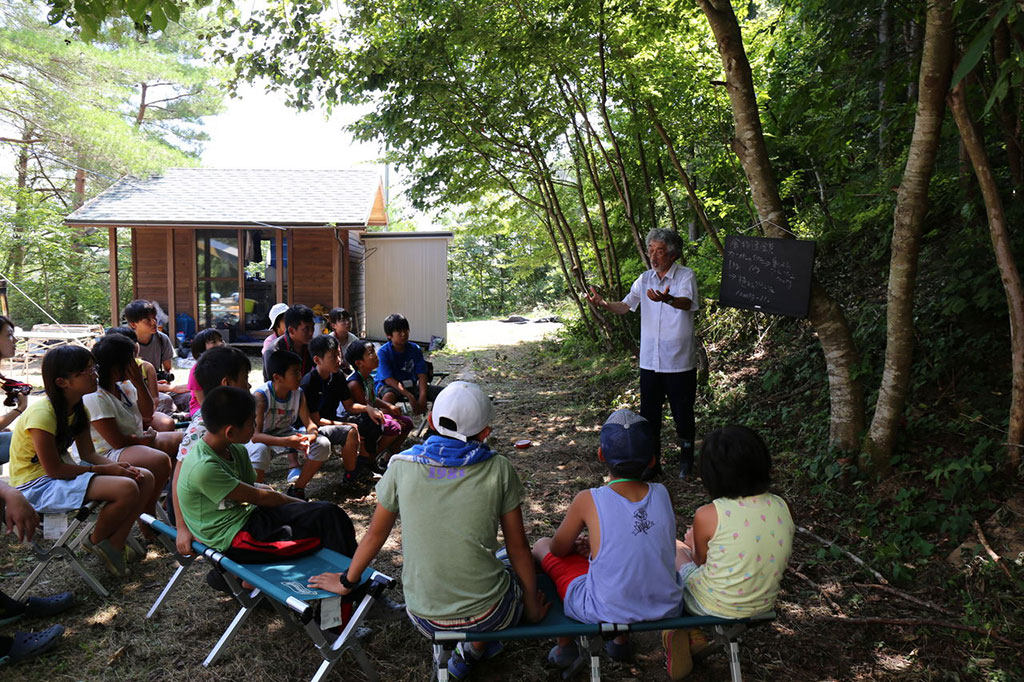 UN News: What kind of contributions does your movement make to achieving the UN Sustainable Development Goals?

Shigeatsu Hatakeyama: Because I am just a fisherman, I cannot say big things. But I say this. The four major civilizations in the world originated in river basins. Civilization will perish if you destroy the river basin environment. In Japan, 35,000 rivers are flowing into the Sea of Japan and the Pacific Ocean. However, many river basins are sick. This is not sustainable. We need to restore the original condition. When the ocean gets better, you can reap more fish for sushi. Then, sushi prices will go down. So, it’s good for food security and for the economy of the local communities.

UN News: What is your dream?

Shigeatsu Hatakeyama: My father started our family’s oyster business. My three sons are now running it. If my grandson, who is in high school now, succeeds, our business will have lasted 100 years. This is sustainability to the letter, isn’t it? If the river basin environment is preserved, a sustainable life will continue even in remote seaside areas. I hope to prove that and continue communicating these linkages through my real-life example. 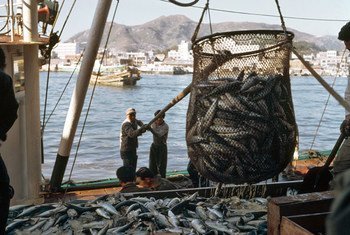 For the first time since a United Nations-brokered treaty to stop illegal, unreported and unregulated (IUU) fishing went into force, the countries that endorsed it are meeting in Norway to discuss how to make it a success.