UN News/Lulu Gao
Ms. Lakhan Baptiste (right), with the organization Nature Seekers, gets help measuring a leatherback turtle that has just laid her eggs on Matura Beach. The group has become a model for conservation efforts in the Caribbean region.
26 May 2017
SDGs

The vital role of the world's oceans in human well-being and development is being highlighted next month as the United Nations hosts a global conference aimed at protecting these resources.

Conserving the marine environment is among the objectives of the Sustainable Development Goals (SDGs), which seek to achieve a more just and equitable world for all people and the planet by a deadline of 2030.

The ocean is vital to us because we are a small island developing State.

SDG 14, Life Below Water, and the Ocean Conference, to be held from 5 to 9 June, has particular resonance for countries such as Trinidad and Tobago, a twin island nation in the Caribbean, according to Rissa Edoo with the UN Development Programme (UNDP) in the capital, Port of Spain.

“The ocean is vital to us because we are a small island developing State. Most of our resources are along our coast and most of our industry is also along our coast, so it is very important for us to understand the connection between life on land and life under water.”

Ms. Edoo is the National Coordinator for the Global Environment Facility’s (GEF) Small Grants Programme, which has funded more than 100 projects since 1995.

Among the recipients is Nature Seekers, a non-profit organization that has become a model for marine conservation in the Caribbean over the past 27 years.

The group is based in Matura, a fishing village on Trinidad’s north-east coast, where nesting leatherback turtles were being slaughtered for their meat.  Today, the 2,000 residents proudly protect the female sea turtles that come to the local beach every March through August to lay their eggs.

Leatherback turtles are the largest turtle species on Earth and can grow up to seven feet long and weigh up to 2,000 pounds.  Esther Vidale, Project Director at Nature Seekers, described them as a “keystone species” in the marine environment.

“The leatherback turtles’ primary food source is jellyfish and they really keep the jellyfish population in check by eating their weight or more in jellyfish per day. And jellyfish feed on small fishes or fish eggs. So by keeping the jellyfish population in check through the leatherback turtles, we have a thriving fishing industry so that fisherfolks who use this as their livelihood, persons who just want to enjoy seafood cuisine, and all the industries and persons that are impacted by the use of fish, can now benefit: both in the ocean, and us as man as well.”

Nature Seekers, a community-based conservation group in Trinidad and Tobago, has played a key role in protecting leatherback turtles since 1990.

When Nature Seekers began in 1990, up to 30 per cent of leatherback turtles that made it to Matura Beach were being maimed or killed by poachers.

Suzan Lakhan Baptiste, the group’s Managing Director and driving force, recalled that the beach once resembled a “graveyard.”

“I live in the community and when I went out onto the beach I saw all these huge turtles with just all the eggs in the stomach, with just a few pounds of shoulder meat missing. I remember seeing turtles with chops all over and no part thereof missing. And I said ‘I have to be a part of doing something and curbing this,’” she stated.

Since then, Nature Seekers has educated the village of Matura about the importance of conservation and showed how the turtles are a resource that can enhance livelihoods.

Residents have been trained as guides to patrol the beach to monitor the nesting leatherbacks which are tagged, measured and weighed, thus contributing to global research on the species.

Matura has become an eco-tourism destination as the group also works on issues such as forest management and sustainable livelihoods, emphasizing what Ms. Edoo called “the ridge-to-reef connection.” Visitors can also purchase beaded bracelets, necklaces and other trinkets made from glass bottles collected during beach clean-ups, marketed under the brand Turtle Warrior.

Today, the greatest threat to the leatherback turtles lies in the water as they can get entangled in fishing nets as bycatch, a term used to describe species caught inadvertently during commercial fishing. 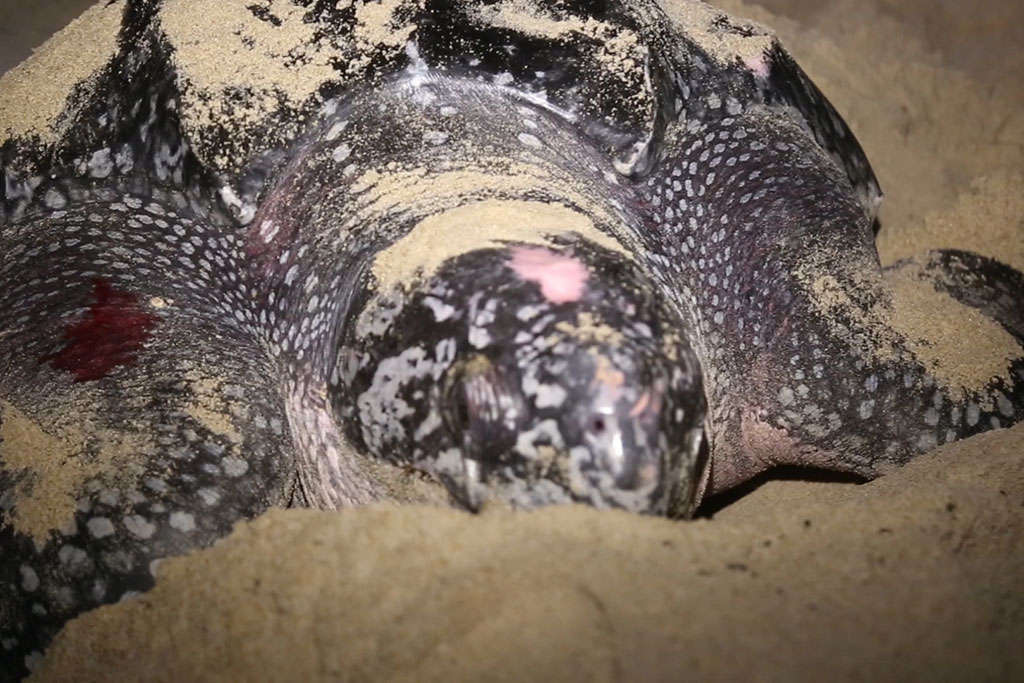 Leatherback turtles are the largest turtle species on Earth, growing up to seven feet long and weighing as much as 2,000 pounds. Their name comes from the soft shells on their backs. Photo: UN News/Lulu Gao 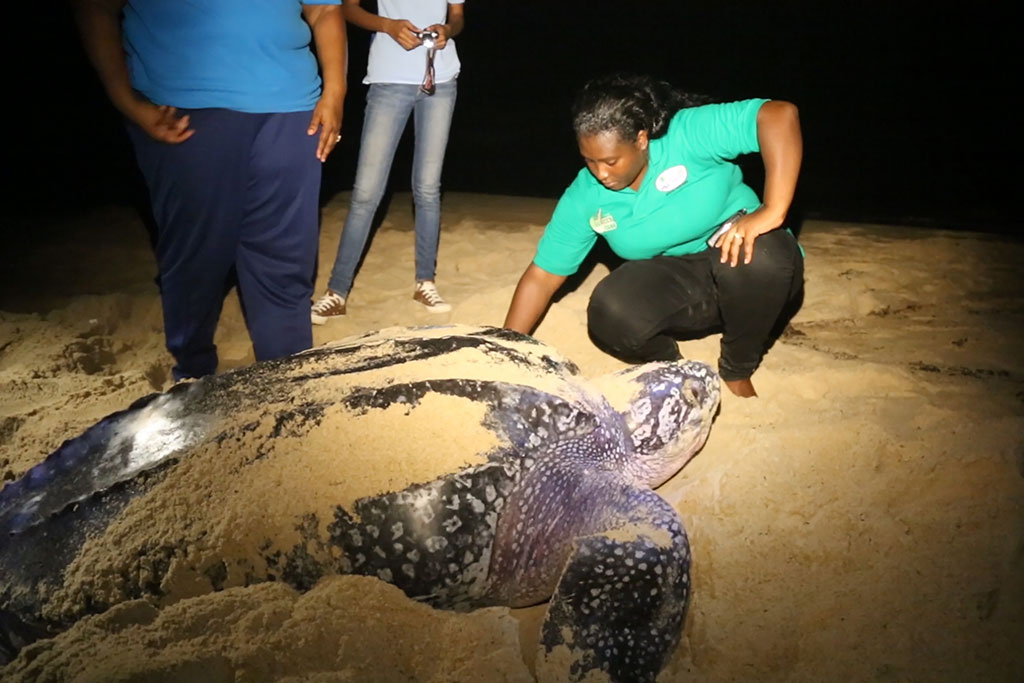 Esther Vidale, Project Manager at Nature Seekers, monitors a leatherback turtle that has just laid her eggs. Leatherbacks are critical to marine eco-systems as they help keep jellyfish populations under control, thus contributing to the availability of fish stocks. Photo: UN News/Lulu Gao 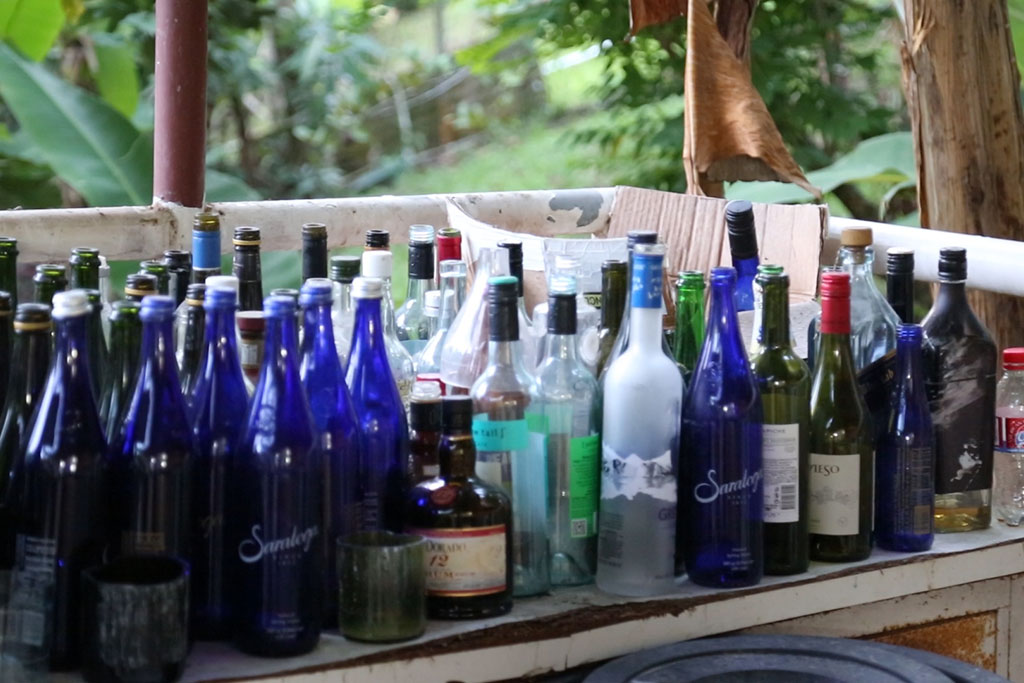 Residents and volunteers remove countless bottles during the annual clean-up held on Matura Beach prior to the start of turtle-nesting season. Nature Seekers says making the beach safe for both people and turtles has spurred a means to turn “trash into cash” by recycling the bottles to produce jewellery and other products. Photo: UN News/ Lulu Gao 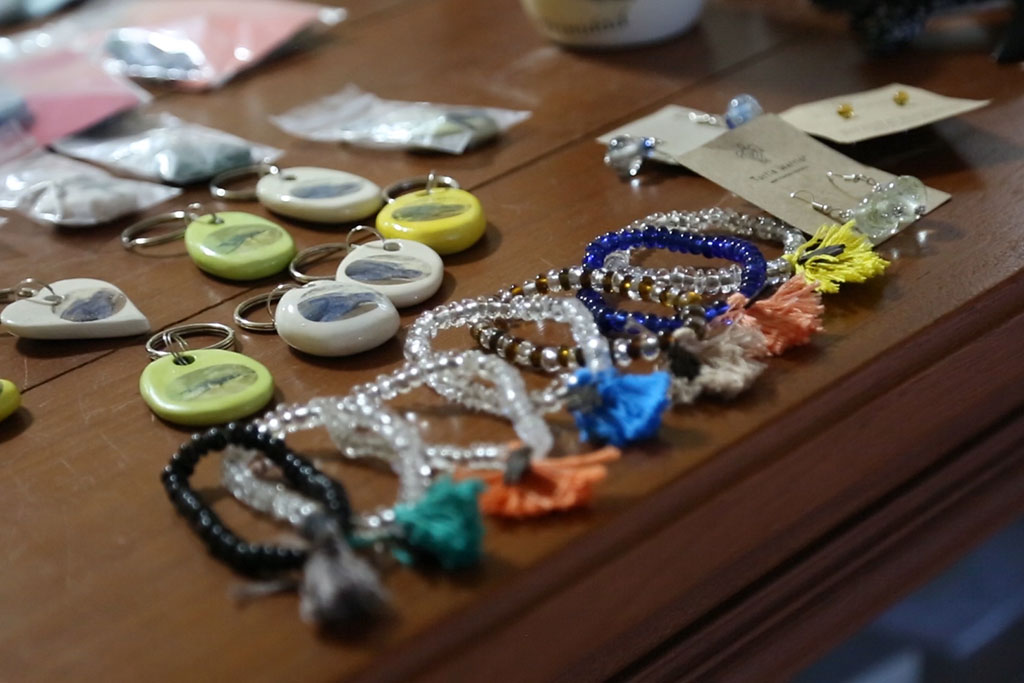 The glass bottles collected during the beach clean-up are recycled into beads which local women string into bracelets, necklaces, anklets, keychains and other items sold under the brand Turtle Warrior. In this way, women who may not be able to participate in Nature Seekers’ turtle patrols can also contribute to conservation efforts. Photo: UN News/ Lulu Gao

Meanwhile, people on the sister island of Tobago are also working to preserve the stunning environment that surrounds them. For example, community-based organizations located in the north-east are being empowered in co-managing natural resources.

The region is rich in diverse eco-systems, with coastal communities bracketed between the Main Ridge Forest Reserve – the oldest on record, according to the UN cultural agency (UNESCO) – and the Caribbean Sea.

Neila Bobb Prescott, of the Food and Agriculture Organization (FAO), is Chief Technical Advisor for a national project funded by the GEF covering six sites throughout the country.

“(In Tobago) The site that we are trying to improve management to is the North East Marine Tobago area, which is the home of the biggest brain coral in this part of the world,” she said.

“We have just concluded studies showing that we have two species of endangered sharks there and the studies show that we have juvenile species, so there may be other reasons to pay attention to these areas.”

For the past three years, the Environmental Research Institute Charlotteville (ERIC) has been supporting area residents in making informed decisions about their future through taking an active role in contributing to natural resource conservation.

ERIC is another recipient of the GEF Small Grants Programme.

Aljoscha Wothke, the group’s Director and CEO, said their activities include providing eco-diving training to a handful of local fishermen who then check and monitor reefs and sharks.

“And at the same time, we train them to be community communicators because we believe that in small communities, people trust the people they grew up with much more than if they get messages from somewhere outside or messages that are dropped on them,” he added. 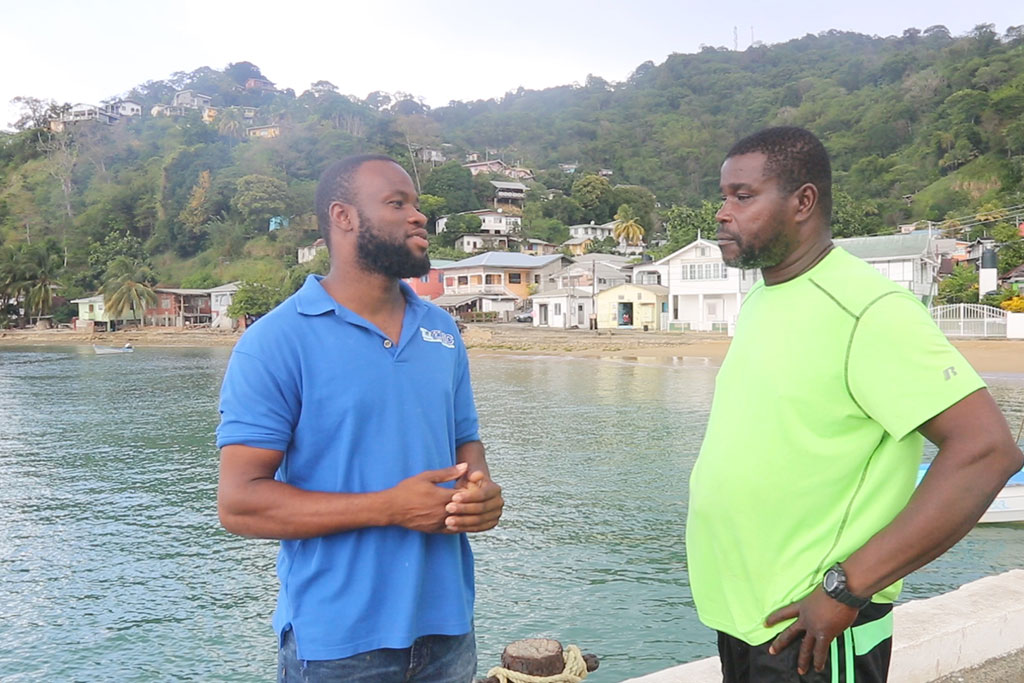 Fisherman Welldon Mapp (left) has been working with the Environmental Research Institute Charlotteville (ERIC) in its three years of operation. The group supports communities in north-eastern Tobago to co-manage natural resources, including reefs. Mr. Mapp, 25, also engages with people in his hometown, Charlotteville, to get them to think about issues that have an impact on the natural environment such as climate change and overfishing. Photo: UN News/Lulu Gao

Welldon Mapp is an example of this bottom-up approach.

The 25-year-old fisherman, “born and grown” in the fishing village of Charlotteville, is also an ERIC communicator, engaging his peers and neighbours in discussions on topics such as how climate change impacts on their livelihoods.

He believes the messages are getting through.

“You have dive boat operators changing from running the engines on all day to switching them off while they have customers.  You have the football coach asking students that came in late to practice to bring a plant to plant around the football field to enhance their community.  So people are changing slowly,” he stated.

Harmful fishing subsidies that contribute to overfishing are estimated to be as high as $35 billion, fisheries experts from the United Nations trade and development agency today said, highlighting one of the key issues that will be debated at next month's Ocean Conference.