UN Photo/Eskinder Debebe
Secretary-General António Guterres (front left) addresses the Security Council meeting on the protection of civilians and medical care in armed conflict. At right is Rodolfo Nin Novoa, Minister for Foreign Affairs of Uruguay and President of the Council for May.
25 May 2017

Parties to conflict are treating hospitals and clinics as targets, rather than respecting them as sanctuaries, United Nations Secretary-General António Guterres warned today during a Security Council debate on the protection of civilians in armed violence.

“Despite our efforts, civilians continue to bear the brunt of conflict around the world,” Mr. Guterres told the 15-member body, stressing that attacks on medical staff and facilities continue in conflict zones. Alongside him were Christine Beerli, Vice-President of the International Committee of the Red Cross (ICRC) and Bruno Stagno Ugarte, Deputy Executive Director for Advocacy of Human Rights Watch.

The UN chief recalled that last year, the Council took specific action to improve the protection of medical care during conflict, by adopting Resolution 2286, which, among others, urged ‘States and all parties to armed conflict to develop effective measures to prevent and address acts of violence, attacks and threats against medical personnel and humanitarian personnel exclusively engaged in medical duties.

In August, his predecessor submitted recommendations for the swift implementation of this resolution.

“But on the ground, little has changed,” Mr. Guterres warned, citing statistics from the World Health Organization showing that attacks on medical care took place in at least 20 countries affected by conflict in 2016.

Attacks on hospitals and medical staff, and the removal of medical supplies from humanitarian convoys, are symptoms of a continued grave disregard for international law and the protection of civilians

In Syria, Physicians for Human Rights has documented more than 400 attacks on medical facilities since the conflict began. More than 800 medical staff have been killed, and more than half of all medical facilities are closed or are only partially functioning, with two-thirds of specialized medical personnel having fled the country.

In Yemen, just a few months after the adoption of resolution 2286, 15 people including three medical staff were reported killed when a hospital was hit in an airstrike.

In Afghanistan, the number of reported attacks against health facilities and personnel almost doubled in 2016 compared with 2015.

In South Sudan, after years of attacks, less than 50 per cent of medical facilities are functional in areas affected by conflict. 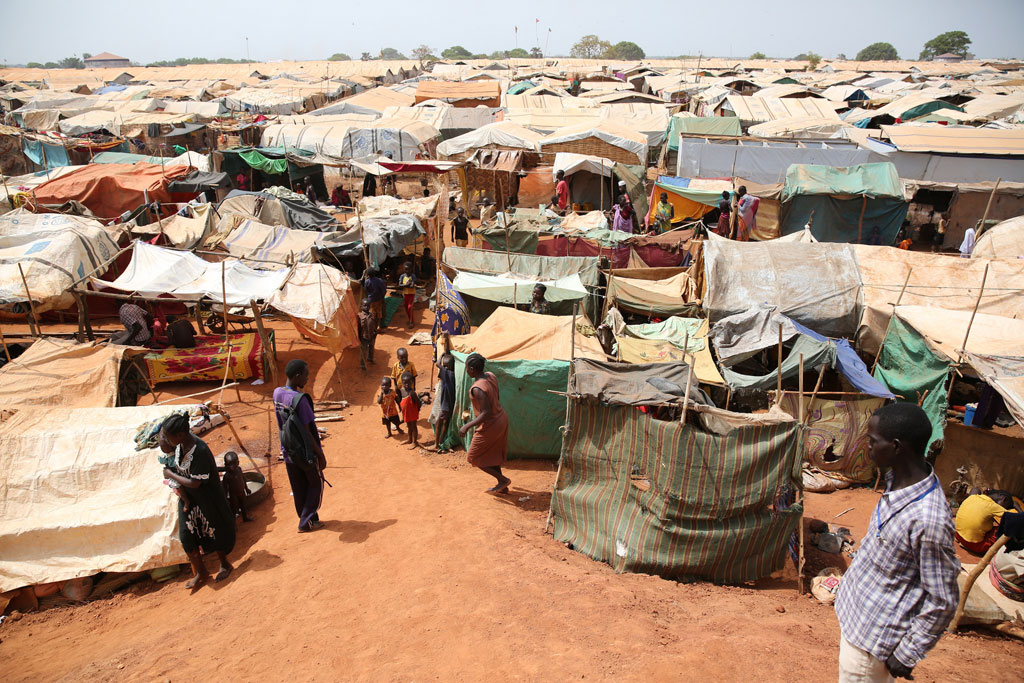 Some 17,000 people who fled to a UN Protection of Civilians site in Wau, South Sudan, following violence, have access to water, and are putting up basic structures to shield from the hot sun. Photo: UNMISS/Nektarios Markogiannis (file)

“These attacks are evidence of a broader trend: parties to conflict are treating hospitals and health clinics as targets, rather than respecting them as sanctuaries,” Mr. Guterres said.

He went on to highlight the three main protection priorities; ensure greater respect for international humanitarian and human rights law; stepping up the protection of humanitarian and medical missions, by implementing his predecessor’s recommendations on Security Council resolution 2286 (2016); and preventing forced displacement and finding durable solutions for refugees and internally displaced people.

On the third point, he stressed the need to address the root causes of conflicts that are driving displacement, by investing in inclusive and sustainable development, promoting all human rights and the rule of law, strengthening governance and institutions, and enhancing mediation capacity, from communities to national governments.

“Preventing and ending conflict is my first priority,” he declared. “I call on you all to make it yours, for the sake of the millions of civilians who are suffering around the world.”

According to a concept note circulated by Uruguay, which holds the Council presidency for May, Member States are invited to place the issue of the protection of healthcare in a broader context, connecting it to overarching ‘protection of civilian’ issues.

The United Nations peacekeeping mission in South Sudan has done “significant work” to more effectively protect civilians and respond in case of a crisis, Secretary-General António Guterres has said in a letter to the President of the UN Security Council.