In final address, UN health chief urges world body to ‘remember the people’ behind the facts and figures

WHO
At the 70th World Health Assembly in Geneva, Margaret Chan makes her final appearance as the Director-General of the World Health Organization (WHO).
22 May 2017

The outgoing chief of the United Nations health agency today highlighted the relevance of the World Health Organization (WHO), and offered its decision-making body parting advice that included protecting scientific evidence, pushing for innovation and thinking of people in every decision that is taken.

“Remember the people,” WHO Director-General Margaret Chan told the 70th World Health Assembly in Geneva. “Behind every number is a person who defines our common humanity and deserves our compassion, especially when suffering or premature death can be prevented.”

Among other advice, Dr. Chan, who steps down after two five-year terms, urged the body to work towards realizing the “tremendous potential of vaccines. She noted that the current measles outbreak in Europe and North America would have never occurred, had immunization coverage not dropped below the necessary 95 per cent threshold.

She also stressed the importance of listening to civil society, calling it “society’s conscience” and who can “give people who suffer the most a face and a voice.”

Refuting what she called “frequent criticism” that WHO has lost its relevance, Dr. Chan pointed to a recently issued report tracking how public health has evolved during her 10 year administration.

“It is a tribute to the power of partnerships and the capacity of public health to take solutions found for one problem and apply them to others,” the senior UN official said of the report. 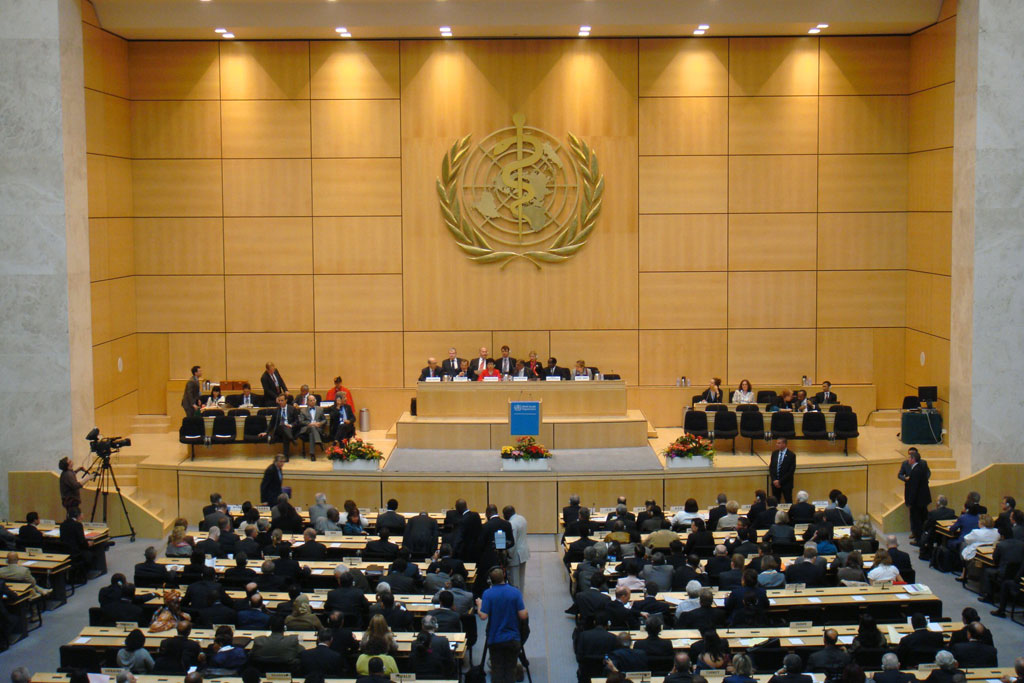 Opening of the 70th World Health Assembly in Geneva, Switzerland. Photo: WHO

As an example, she noted that while it took nearly a decade to lower the prices of antiretroviral treatments for HIV, thanks to teamwork and collaboration, the prices for new drugs to cure hepatitis C fell within two years.

‘We falter sometimes, but we never give up’

“This is the culture of evidence-based learning that improves efficiency, gives health efforts their remarkable resilience, and keeps us irrepressibly optimistic,” Dr. Chan said. “We falter sometimes, but we never give up.”

WHO’s relevance was “most dramatically demonstrated” during last month’s global partnership meeting on neglected tropical diseases, she said. Participants celebrated a decade of “record-breaking progress” to eliminate the diseases.

“The fact that, in 2015, nearly one billion people received free treatments that protect them from diseases that blind, maim, deform, and debilitate has little impact on the world’s geopolitical situation. The people being protected are among the poorest in the world,” Dr. Chan said.

She added that this was “a success story that the world was hungry to hear.”

Dr. Chan did admit fault, however, in WHO’s handling of the 2014 Ebola outbreak in West Africa; the virus has recently re-emerged near the border of the Democratic Republic of the Congo and the Central African Republic.

The outgoing chief said that “WHO was too slow to recognize that the virus, during its first appearance in West Africa, would behave very differently than during past outbreaks in central Africa, where the virus was rare but familiar and containment measures were well-rehearsed.”

While the organization made “quick course corrections” to bring three outbreaks under control and helped create the first Ebola vaccine, the outbreak happened on Dr. Chan’s watch “and I am personally accountable.”

The year’s World Health Assembly, which includes 194 countries, will discuss what has been learned from that outbreak, as well as from WHO’s handling of Zika and other diseases.

The current cholera epidemic in war-torn Yemen is also on the agenda; only days ago, WHO described it as “unprecedented.”

Polio is still causing misery and paralysis in three countries where it is endemic: Afghanistan, Pakistan and Nigeria, so delegates will continue to push for the complete eradication of the wild poliovirus, for which there is no cure, only prevention.

In addition to tackling these health threats and many more, the World Health Assembly has one more important task – choosing Dr. Chan’s successor. The three candidates hoping to step into her shoes after the vote tomorrow afternoon are Tedros Ghebreyesus from Ethiopia, David Nabarro from the UK, and Sania Nishtar from Pakistan.