UNICEF/Ashley Gilbertson VII
In the former Yugoslav Republic of Macedonia, three children look out of the window of a train, which was boarded by refugees primarily from Syria, Afghanistan and Iraq, at a reception centre for refugees and migrants, in Gevgelija.
18 May 2017

The number of children traveling alone has increased five–fold since 2010, the United Nations Children’s Fund (UNICEF) said today, warning that many young refugees and migrants are taking highly dangerous routes, often at the mercy of traffickers, to reach their destinations.

At least 300,000 unaccompanied and separated children were recorded in some 80 countries in the combined years of 2015 and 2016, up from 66,000 in 2010 and 2011, according to the new UNICEF report A Child is a Child: Protecting children on the move from violence, abuse and exploitation, which presents a global snapshot of refugee and migrant children, the motivations behind their journeys and the risks they face along the way.

“One child moving alone is one too many, and yet today, there are a staggering number of children doing just that – we as adults are failing to protect them,” said UNICEF Deputy Executive Director Justin Forsyth yesterday in a news release.

“Ruthless smugglers and traffickers are exploiting their vulnerability for personal gain, helping children to cross borders, only to sell them into slavery and forced prostitution. It is unconscionable that we are not adequately defending children from these predators,” stated Mr. Forsyth. 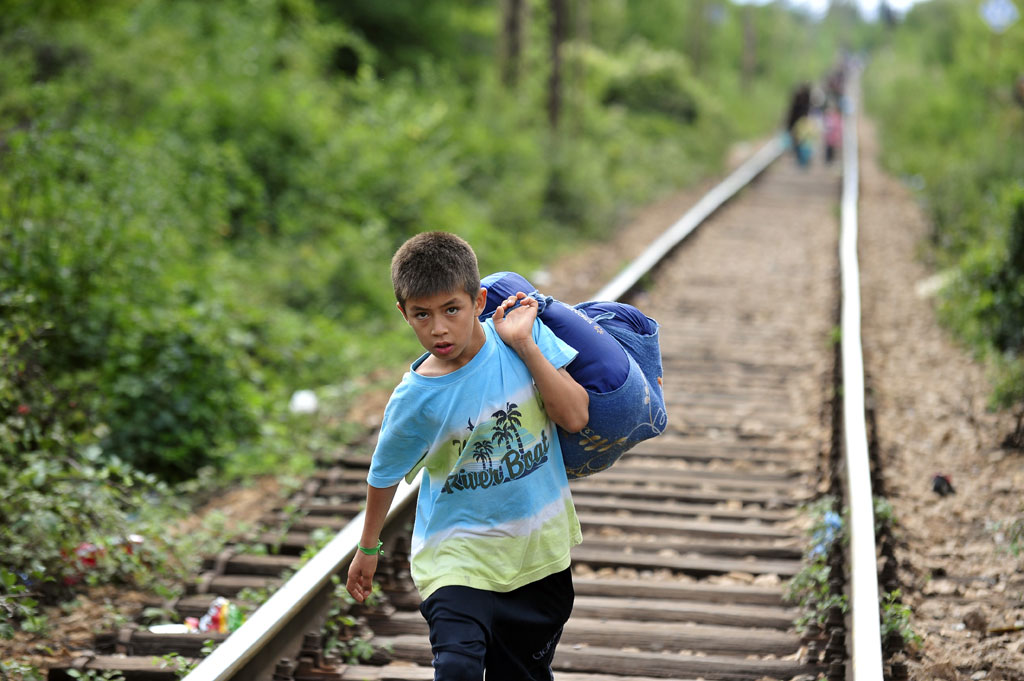 A boy carrying his belongings in a large cloth bag over his shoulder is among people walking on railway tracks to cross from the Former Yugoslav Republic of Macedonia into Serbia. Photo: UNICEF/NYHQ2015-2203/Georgiev

Frist and foremost, the agency says, children need protection, highlighting the importance of the Convention on the Rights of the Child, through which State Parties commit to respect and ensure the rights of “each child within their jurisdiction, without discrimination of any kind.”

The information is coming to light just ahead of next week’s G7 Summit in Italy and UNICEF is calling on governments to adopt its six-point agenda for action, which includes:

“These children need a real commitment from governments around the world to ensure their safety throughout their journeys,” said Mr. Forsyth. “Leaders gathering next week at the G7 should lead this effort by being the first to commit to our six-point agenda for action.”