“Bitter conflict and deteriorating humanitarian conditions in South Sudan are driving people from their homes in record numbers,” said UN High Commissioner for Refugees, Filippo Grandi, in a news release jointly issued by his office (UNHCR) and the World Food Programme (WFP).

The situation in South Sudan continues to worsen, with a combination of conflict, drought and famine leading to further displacement and a rapid exodus of people fleeing one of the world's most severe crises.

South Sudan has now become the world's fastest growing refugee crisis with more than 1.8 million refugees, including one million children, having sought safety in Uganda, Sudan, Ethiopia, Kenya, the Democratic Republic of the Congo and the Central African Republic, the news release said.

“The suffering of the South Sudanese people is just unimaginable,” said WFP Executive Director David Beasley. “Aid workers often cannot reach the most vulnerable hungry people. Many are dying from hunger and disease, many more have fled their homeland for safety abroad.”

Humanitarian agencies are seeking $1.4 billion to provide life-saving aid to South Sudanese refugees in the six neighbouring countries until the end of 2017, according to an updated response plan presented in Geneva today. But the plan so far remains only 14 per cent funded. 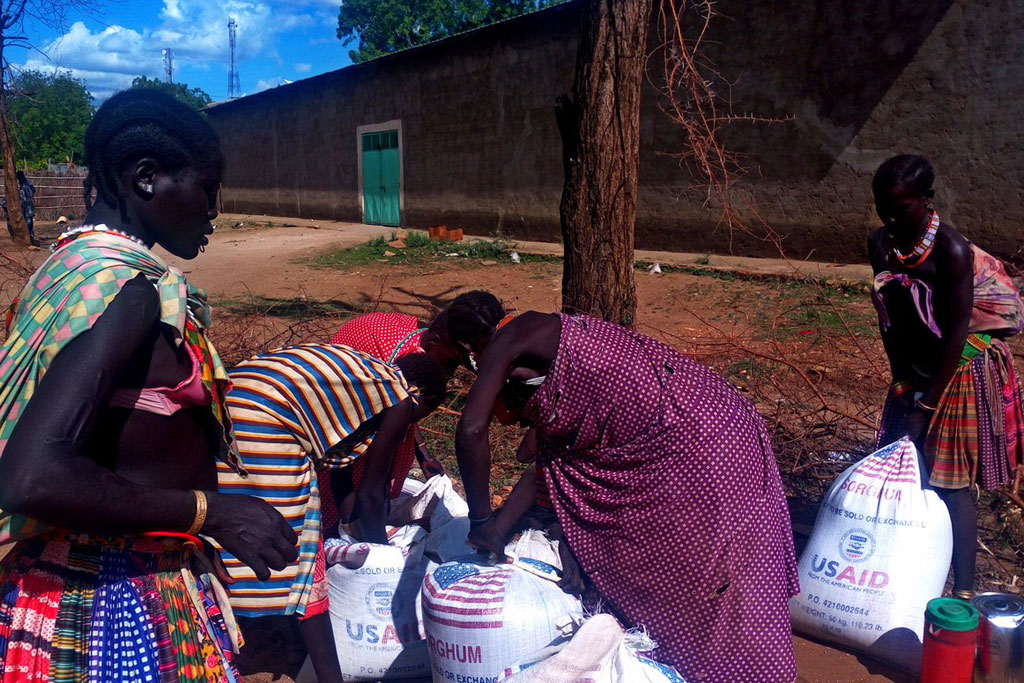 The current rate of people fleeing South Sudan exceeds the humanitarian community's already pessimistic estimates. For example, the number of people fleeing to Sudan in March surpassed the expected figure for the entire year. Uganda is also seeing higher than expected arrivals and at this rate is likely to soon host over one million South Sudanese refugees.

“Our funding situation forced us to cut food rations for many refugees in Uganda," Mr. Beasley said.

Communities hosting refugees are among the world's poorest and are under immense pressure.

“Helping refugees is not just about providing emergency aid,” said UNHCR's Grandi. “It also means supporting governments and communities in neighbouring countries to shore up services and economies in the areas receiving them.”

Deteriorating security in parts of South Sudan coupled with increased displacement could worsen the humanitarian suffering in the country through outbreaks of diseases such as diarrhoea and even cholera, the United Nations envoy for the country has warned.