While touring the Amazon region of Colombia where one of the monitoring mechanism facilities was set up under a historic peace agreement, a delegation from the United Nations Security Council met today with members of La Referma community, as well as Government representatives and FARC-EP members.

The purpose field visit is to witness first-hand implementation of the peace agreement between the Colombian government and the Revolutionary Armed Forces of Colombia-People's Army (FARC-EP), and to observe the progress as well as the challenges of carrying out the aims of a hard-won peace deal.

This monitoring mechanism facility in Colombia's Meta Department is one of the designated locations where the Government of Colombia as well as FARC-EP continues to work together paving the path towards peace.

While addressing all parties present in the transitional zone, Ambassador Elbio Rosselli, of Uruguay, which holds the Council's presidency of the month of May, highlighted the trust between Government and FARC-EP representatives.

He said he was struck to see, on one hand people with the UN (blue) jackets and on the other, Government representatives as well as guerrilla component using the same brown colour, adding that this “further affirms the absolute confidence, certainty, that this process goes forward and has no return.”

The members of the Council are accompanied by the head of the UN Mission in Colombia, Jean Arnault, senior Colombian Government officials and FARC-EP leaders.

The Colombian Government's High Commissioner for Peace recalled that Meta was one of the areas most affected by violence. “We know what peace means for this community and we hope they can talk to the people immersed in the conflict,” Sergio Jaramillo told the members of the Security Council.

Also present was FARC-EP leader, Iván Márquez. He expressed a “sincere, deep thanks” to the Security Council.

Upon departure from New York earlier this week, Mr. Rosselli stressed that the presence of the Security Council would carry a message to Colombia that the UN was committed to the special political mission established there, and would provide additional support, as requested.

After finishing the visit to Colombia, the Members of the Security Council will return to New York, where they will hold an informative session about their visit later in May. 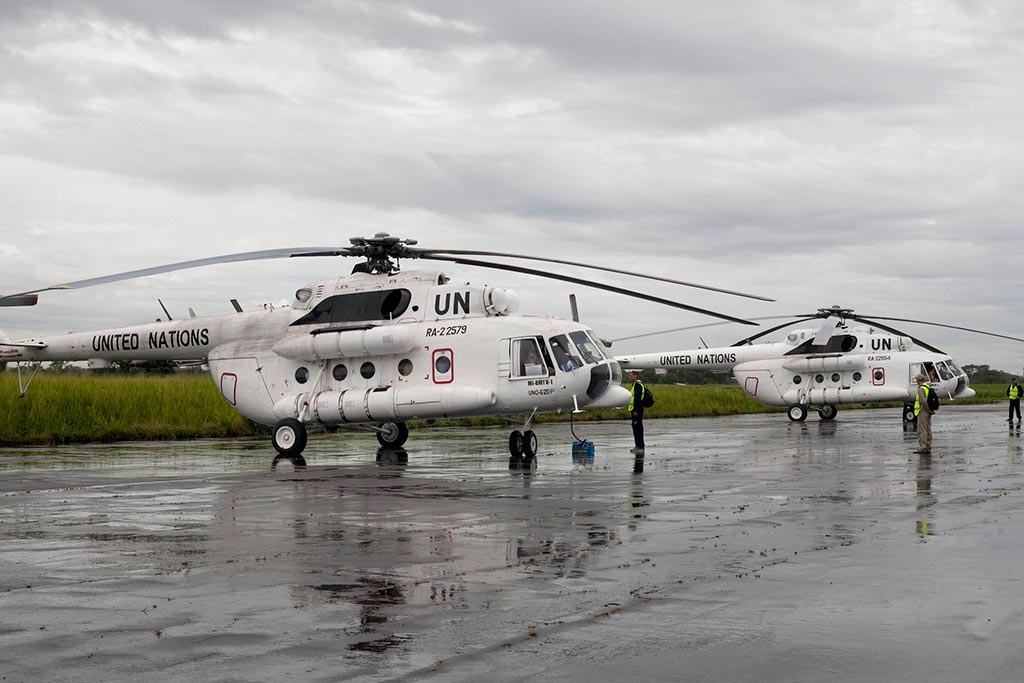 UN Helicopters are ready to transport a delegation from the United Nations Security Council into Colombia's central Meta region.The Ambassadors are in Colombia between 3-5 May. The conflict in Colombia started over half a century ago and costed the lives of over 200 thousand people. Photo: UN Mission in Colombia 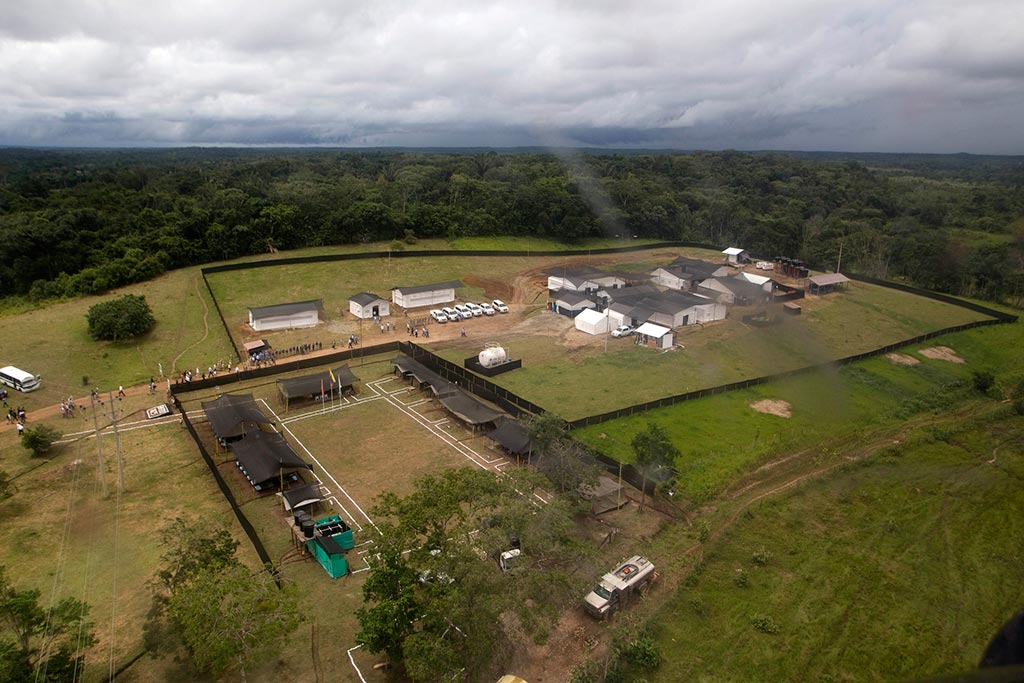 An earial view of one 'Zone of Normalization', one of Colombia's monitoring mechanism facilities. Uruguay and the United Kingdom, both members of the Security Council, are the two facilitators of the trip. Photo: UN Mission in Colombia 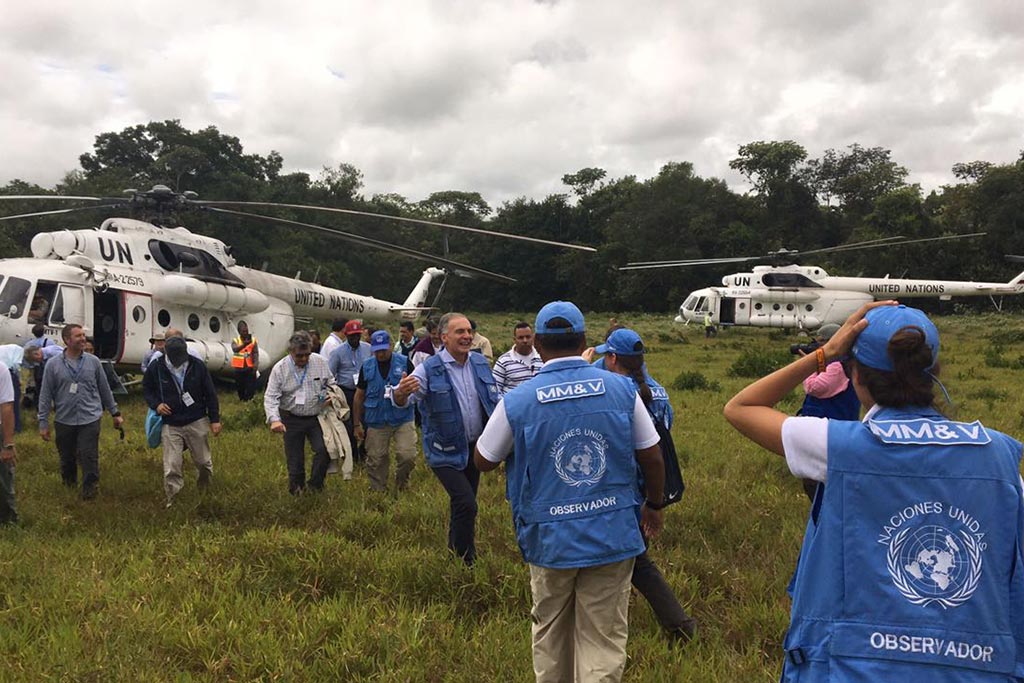 The delegation from the United Nations Security Council and the Special Representative of the Secretary General and Mission chief Jean Arnault walks towards local UN Observers waiting for them upon arrivial. They are in Colombia to acknowledge and witness first-hand both the progress and the challenges of carrying out the aims of a hard-won peace deal Photo: UN Mission in Colombia 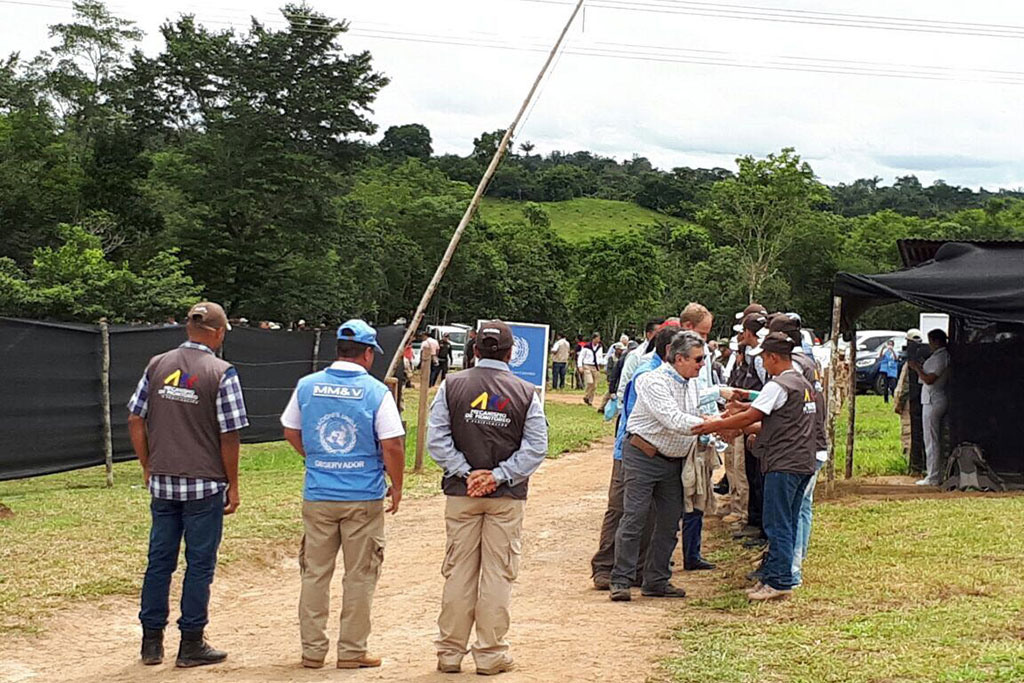 The delegation from the United Nations Security Council including the five permanent members China, France, Russian Federation, the United Kingdom and the United States and ten non permanent members visits the monitoring mechanism facility to meet with various people who work towards peace. Photo: UN Mission in Colombia 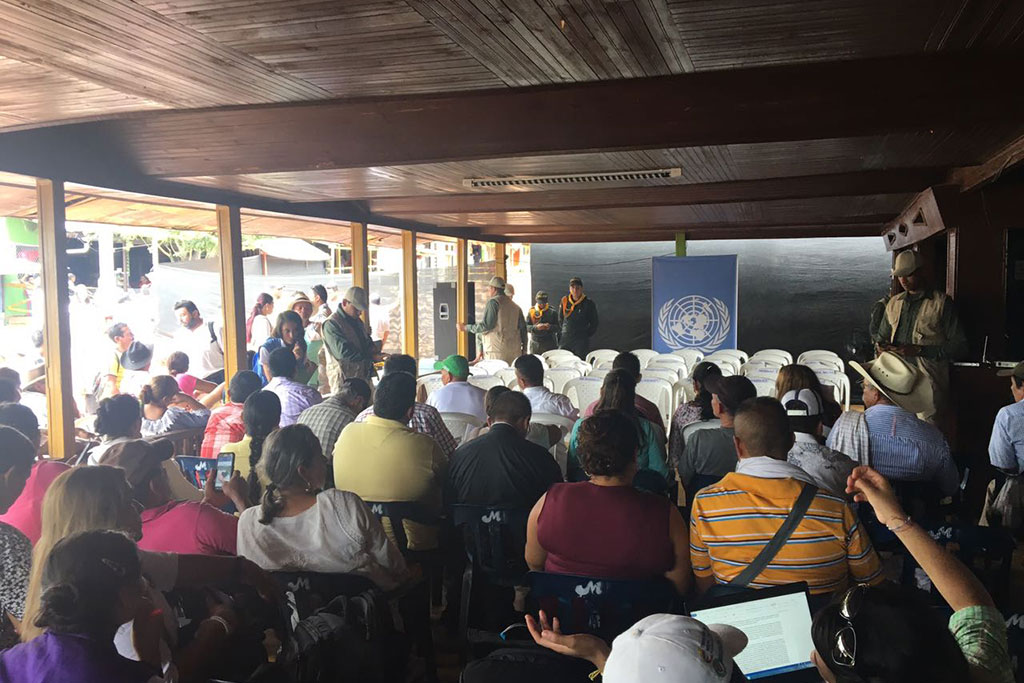 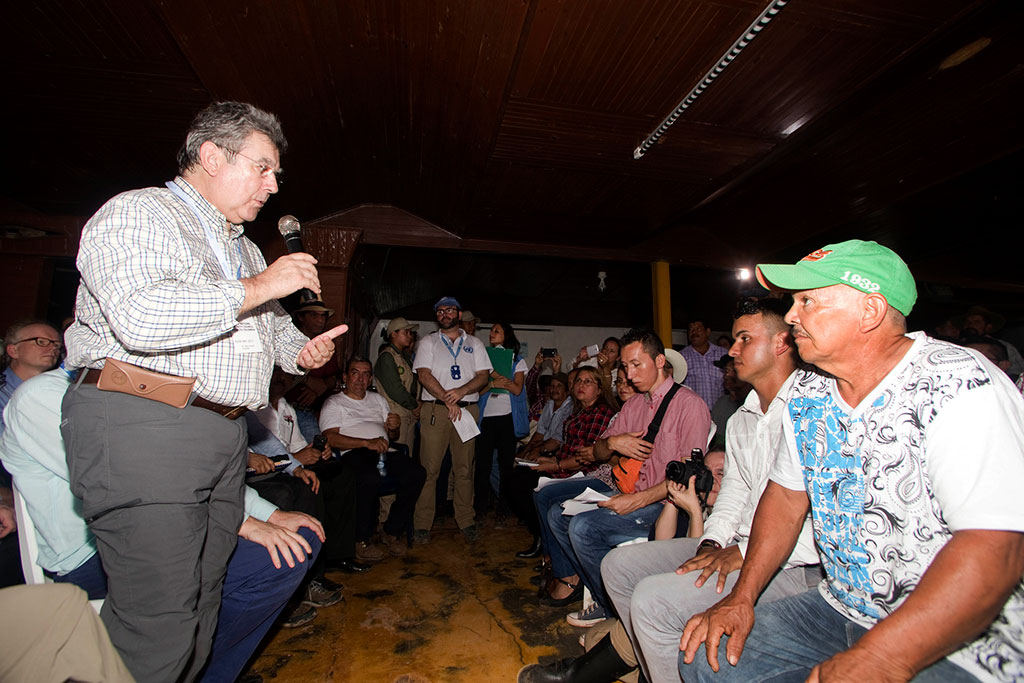 Ambassador Elbio Rosselli, of Uruguay, which holds the Council’s presidency for the month talks with one of the members of the community. Photo: UN Mission in Colombia

In Colombia to acknowledge and witness first-hand both the progress and the challenges of carrying out the aims of a hard-won peace deal, a delegation from the United Nations Security Council today met President Juan Manuel Santos and applauded the country as an example for overcoming difficulties and setbacks to bring to an end more than a half a century of conflict.