The Office of the United Nations High Commissioner for Refugees (UNHCR) today appointed Yusra Mardini – a Syrian refugee who together with her sister swam for three hours in the Mediterranean Sea off Turkey’s coast, pulling a capsizing boat of refugees to safety – as its new Goodwill Ambassador.

Her actions saved the lives of 20 refugees who were fleeing the Syrian capital, Damascus.

Yusra was also one of the 10 athletes who made up the historic Olympic Refugee Team and participated at the Rio Olympic Games last year. She has been a very powerful voice for the forcibly displaced across the world and an example of their resilience and determination to rebuild lives and positively contribute to host communities.

“The UN refugee agency does the most important and incredible work for refugees under extremely challenging circumstances, and I am proud to use my voice to support UNHCR,” said Ms. Mardini, accepting her new role.

“I am thrilled to join the UNHCR family and eager to continue spreading the message that refugees are just normal people living through traumatic and devastating circumstances, who are capable of extraordinary things if only given a chance.” 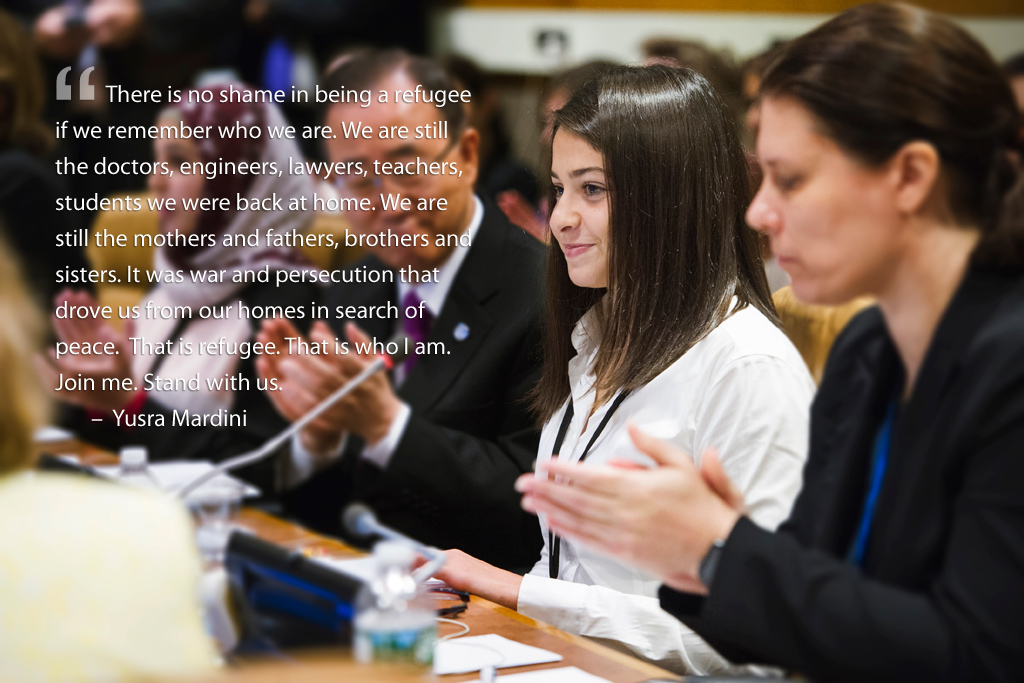 She has also advocated for the refugee cause during meetings with the Pope, world leaders, influential business figures and other world leaders.

“Yusra is a deeply inspiring young woman. Through her powerful personal story, she represents the hopes, the fears and the incredible potential of the more than ten million young refugees around the globe,” said UN High Commissioner for Refugees Filippo Grandi, welcoming Ms. Mardini’s appointment.

Also welcoming the announcement, International Olympic Committee President Thomas Bach added: “It is my hope that through her role as UNHCR Goodwill Ambassador, Yusra will continue to inspire refugees, reminding us that anyone can contribute to society through their talent, skills and strength of the human spirit.”

Ms. Mardini is currently a full time student in Germany and continues to train in the hope of competing at the next Olympic Games in the Japanese capital, Tokyo, in 2020.

UNHCR Goodwill Ambassadors are some of the most recognizable public faces the UN agency. They help take its work to every corner of the world through their influence, dedication and hard work.

Noting increases in number of migrants, including children, attempting to reach European shores using the Central Mediterranean route, and consequent rise in number of deaths, the United Nations Children's Fund has called for safe and legal pathways for those who are fleeing conflict, poverty and depravation.