With fighting intensifying on numerous fronts in Syria over the past months, the top United Nations humanitarian official today urged consolidation of the nationwide ceasefire, most importantly a pause in fighting on the outskirts of Damascus, to enable the delivery of aid.

“The Secretary-General has said time and again that there will be no military end to this conflict. Yet, military might continues to be used against civilians in a way that defies all reason, let alone morality or the law,” Under-Secretary-General for Humanitarian Affairs and Emergency Relief Coordinator Stephen O’Brien told the Security Council.

He said that the use of “abhorrent chemical weapons” on 4 April in Khan Shaykhun was yet another horrific account of such brutality. “I wish I could say mindless brutality – but no, it was deliberate, planned, predetermined, by other humans against their own fellow human beings, sheer unbridled cruelty by leaders and commanders. And we await the investigation to confirm which ones.”

“The humanitarian situation is deteriorating, if that were possible, and the need for active engagement by members of the [Security] Council is urgently needed,” he said.

The core needs of the Syrian people from the international community remain largely unchanged, noting that they include the protection of civilians and civilian infrastructure by all parties to the conflict; immediate, unimpeded and sustained access to all in need throughout Syria; an immediate lifting of all sieges; and a political solution to the conflict.

In besieged eastern Ghouta, outside Damascus, civilians remain trapped amid reports of relentless shelling, airstrikes, and ground fighting, he said, noting that the last informal access routes have reportedly been closed further restricting movement for the some 400,000 people who live in the area, and who the UN has been unable to access since October last year. 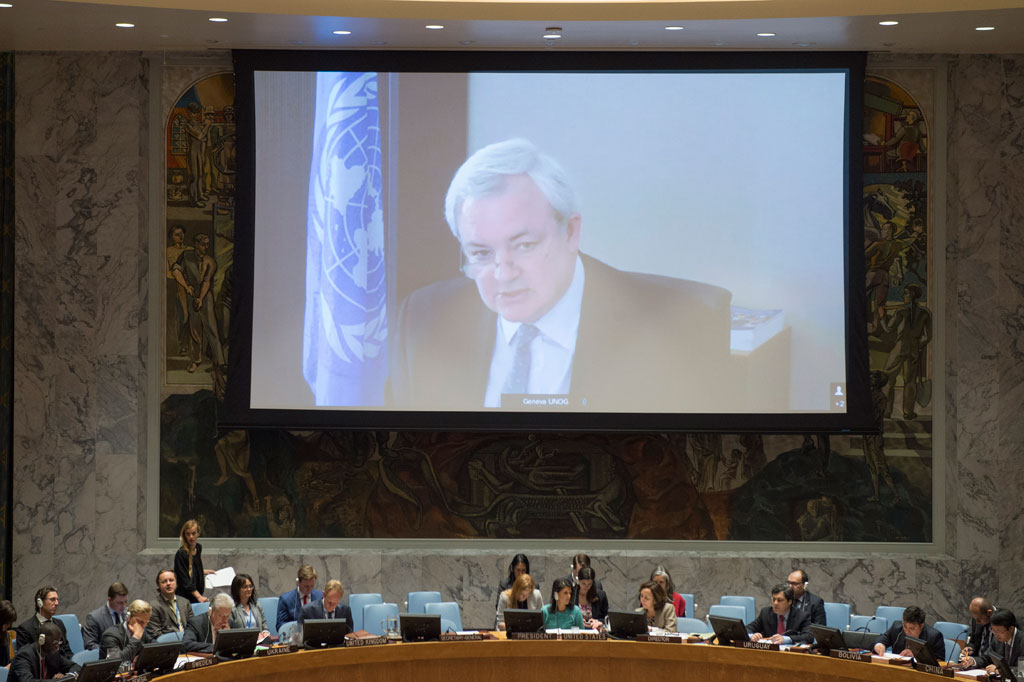 As the noose has tightened around eastern Ghouta, some 30,000 people in the adjacent areas of Barza and Qaboun have also come under siege by the Government of Syria, he added.

“As it is already too late for the more than a quarter million Syrians who have died already in this atrocious war, so members of the Security Council it is action today that counts,” O’Brien stressed, via video link from Geneva, Switzerland.

He also urged the lifting of arbitrary and bureaucratic impediments by all parties throughout Syria.

“I will not repeat again the bureaucratic delaying tactics used by the Government of Syria to thwart humanitarian assistance at every turn, beyond saying that it continues to bring untold human suffering,” Mr. O’Brien said.

Only four convoys have deployed so far under the new two-monthly April-May plan, reaching 157,500 people. None of these convoys reached besieged areas, due to a lack of necessary authorizations, he said.

Although the overall number of those besieged has been reduced to just over 620,000 people due to evacuations, this process is not in line with humanitarian principles, and not conducted in consultation with the people affected.

“Let us not pretend that those who evacuate move to a location of safety. Many of those who displace to Idlib or northern Aleppo continue to live in areas where civilian structures, including hospitals, come under regular aerial bombardment, and their access to basic goods such as food and shelter is limited,” he said.

AUDIO: Addressing the Security Council, Stephen O'Brien reiterates the UN's belief that there can be no military solution to the Syrian conflict.