UN Photo/IAEA
A helicopter approaches the Chernobyl Nuclear Power Plant to check the damage to the nuclear reactor. April 1986.
26 April 2017

Underscoring the need to strengthen international cooperation to study, mitigate and minimize the consequences of the disaster, the UN General Assembly adopted a resolution in December last year in which it designated 26 April as the International Chernobyl Disaster Remembrance Day.

In the resolution, the Assembly recognized that “three decades after the Chernobyl disaster, the still-persistent serious long-term consequences thereof, as well as the continuing related needs of the affected communities and territories.”

It also acknowledged “the need for continuing international cooperation on Chernobyl under the auspices of the UN that can contribute to the implementation of the 2030 Agenda for Sustainable Development and the Sendai Framework for Disaster Risk Reduction 2015-2030.”

About 8.4 million people across four countries were exposed to radiation, including some 600,000 “liquidators,” who were involved in fire-fighting and clean-up operations.

Also, agricultural areas covering nearly 52,000 square kilometres were contaminated with Cesium-137 and Strontium-90, with 30-year and 28-year half-lives respectively. Nearly 404,000 people were resettled, but millions continued to live in an environment where continued residual exposure created a range of adverse effects.

As any radioactive decay is on an exponential scale, it can take many decades and even centuries for the material to become inert fully.

UN efforts to aid the recovery from the disaster started in 1990 when the global Organization’s General Assembly adopted a resolution calling for international cooperation to address and mitigate the consequences of the explosion.

Since the disaster, UN programmes and agencies have, together with non-governmental organizations have launched more than 230 different research and assistance projects in the fields of health, nuclear safety, rehabilitation, environment, production of clean foods and information.

Also today, at the UN Headquarters in New York, the Permanent Mission of Belarus together with partners organized a roundtable discussion on identifying and mitigating the long-term consequences of the Chernobyl nuclear disaster entitled ‘Building the Case for Continued International Cooperation’. 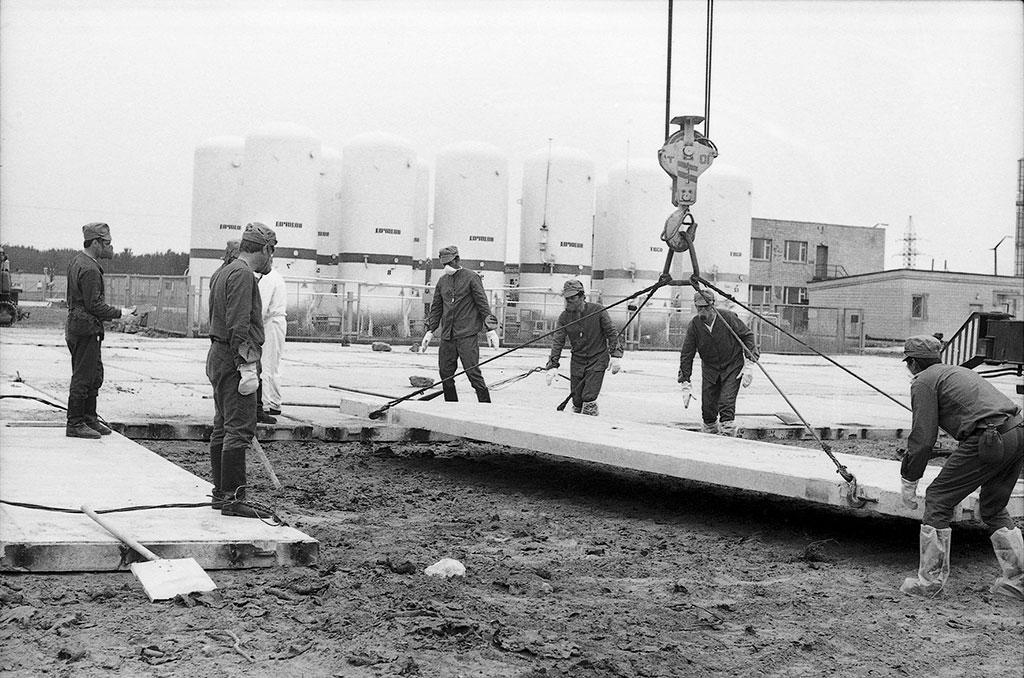 This photo was made on the territory of Chernobyl Nuclear Plant in the middle of May in 1986, less then a month after the catastrophic nuclear disaster. After the accident at the nuclear plant, thousands of Soviet soldiers assist with the cleanup. Repair crews made up of chemical defence troops mobilize for work throughout the 30 kilometre zone around the plant, including highly contaminated areas near the damaged reactor. UN Photo/Oleg Veklenko

In his address to the Board of Governors of the International Atomic Energy Agency (IAEA), Yukiya Amano, the agency’s Director-General, highlighted work in various areas, including nuclear applications, nuclear safety and security, safeguards and technical cooperation, and modernizing a new pest control facility to tackle vector-brome diseases such as Zika.