WMO
A woman with an umbrella walks in the rain in a field. To the left is a rainbow.
22 April 2017

International Mother Earth Day, marked annually on 22 April, is celebrated to remind everyone that the Earth and its ecosystems provide us with life and sustenance.

It also recognizes a collective responsibility, as called for in the landmark 1992 Rio Declaration on Environment and Development, to promote harmony with nature and the Earth to achieve a just balance among the economic, social and environmental needs of present and future generations of humanity.

The International Day provides an opportunity to raise public awareness around the world to the challenges regarding the well-being of the planet and all the life it supports, says the UN.

The theme for 2017 is 'Environmental and Climate Literacy.' Education is the foundation for progress. A global citizenry must be built that is fluent in the concepts of climate change and aware of its unprecedented threat to our planet. Everyone must be empowered with the knowledge to inspire action in defense of environmental protection, the world body stresses.

Recognizing that Mother Earth is a common expression for the planet Earth in a number of countries and regions, which reflects the interdependence that exists among human beings, other living species and the planet we all inhabit, and noting that Earth Day is observed each year in many countries, the UN General Assembly, through a resolution adopted in 2009, decided to designate 22 April as International Mother Earth Day.

It invites all Member States, the organizations of the United Nations system, international, regional and subregional organizations, civil society, non-governmental organizations and relevant stakeholders to observe and raise awareness of International Mother Earth Day, as appropriate. 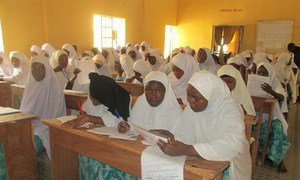 The increase in reading and writing proficiency among women is a result of the significant up tic in their enrolment and completion of primary education over the last five decades, even as overall funding for adult literacy has remained low, a recently-launched study by the United Nations Educational, Scientific and Cultural Organization (UNESCO) has found.