Noting that a key trigger common to nearly all conflicts is the element of fragility – fragility of States, of institutions, or of societies – United Nations Secretary-General António Guterres has called for increasing investments in preventative measures that address the problem of fragility before it turns into conflict.

“This means strengthening States, strengthening institutions, strengthening civil societies [and] combining the peace and security approach with the inclusive and sustainable development approach and with human rights,” explained Mr. Guterres, speaking at a World Bank-European Union event in Washington DC, where the Bank and the International Monetary Fund (IMF) are holding their annual Spring Meetings.

In his remarks at the panel discussion on , the UN chief noted that the traditional forms of development aid are not enough and said that new approaches that create the conditions for investments in building resilience of communities and addressing fragility is needed.

He also praised the World Bank for the innovations it has already in place in countries like Jordan and Lebanon, to help them cope with the refugee crisis in the region.

“In my opinion, this is essential and, [given the scale of needs] should also include the private sector,” he said, adding that it is essential to find ways to divert the massive use of resources in managing crises to what is necessary to do to prevent them and to build the capacity of societies to solve their own problems.

According to the UN chief’s spokesperson, Mr. Guterres and Mr. Trump had constructive discussion on cooperation between the US and the UN and agreed to meet again in the near future. 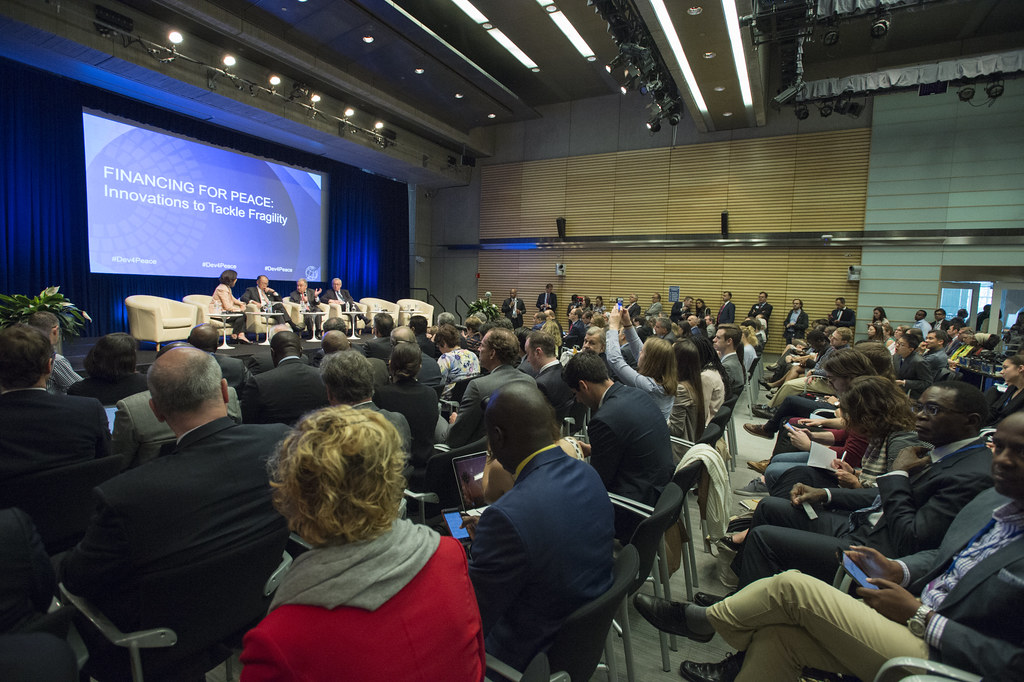 Also today, Secretary-General Guterres joined the High-level Steering Group for Every Woman Every Child as its third and senior Co-Chair, joining Co-Chairs President Michelle Bachelet, of Chile, and Prime Minister Hailemariam Desalegn, of Ethiopia, alternate Co-Chairs former Presidents Tarja Halonen, of Finland, and Jakaya Kikwete, of Tanzania, as well as other 16 members of the Group. “In a time of complex development challenges, the investments we make today in women’s, children’s and adolescents’ health and wellbeing will help build the peaceful, sustainable and inclusive societies we have promised to achieve through the Sustainable Development Goals (SDGs),” affirmed Mr. Guterres.

As a global multi-stakeholder partnership, Every Woman Every Child, launched in 2010, provides a unique platform to unite stakeholders across sectors to deliver on an integrated agenda for women’s, children’s and adolescents’ health and wellbeing.

“Every Woman Every Child welcomes the UN Secretary-General as Co-Chair of the High-level Steering Group, as we work together to ensure that global advocacy is translated into local action and impact for results,” Steering Group Co-Chair President Bachelet of Chile noted, highlighting that the movement is ready for its next phase under the leadership of the Secretary-General.