UNICEF/Alessio Romenzi
A family displaced by fighting between ISIS and Iraqi security forces carry their belongings as they walk through the destroyed western neighbourhood of Al Mamum, near Mosul, Iraq.
20 April 2017

Reporting on the dire situation across the Middle East region, marked by the largest refugee crisis since the Second World War, fractured societies, proliferation of non-State actors and unbelievable human suffering, a United Nations envoy today reiterated the need for a surge in diplomacy for peace to ease the suffering of innocent civilians.

“Let us not forget that behind the images of savagery [there] are the millions [struggling] every day not only for their own survival but for the true humane essence of their cultures and societies,” Nickolay Mladenov, the UN Special Coordinator for the Middle East Peace Process, told the Security Council today.

“Today, a perfect storm has engulfed the Middle East, and continues to threaten international peace and security,” he added, noting that divisions within the region have opened the doors to foreign intervention and manipulation, breeding instability and sectarian strife.

In his briefing, Mr. Mladenov noted that developments in the Arab-Israeli conflict continued to resonate across the region and that the question of Palestine remained a “potent symbol” and “rallying cry,” one that is easily misappropriated and exploited by extremist groups.

“Ending the occupation and realizing a two-state solution will not solve all the region’s problems, but as long as the conflict persists, it will continue to feed them,” he said.

The UN envoy also informed the 15-member Security Council of sporadic violence that continued to claim lives and reported on Israel’s approval of the establishment of new settlements and declaration of “State land” in the occupied Palestinian territory. On the Palestinian side, he noted multiple worrying developments that are “further cementing” the Gaza-West Bank divide and dangerously increasing the risk of escalation.

Turning to the wider region, Mr. Mladenov briefed Council members on the ongoing crisis in Syria that continues to be a “massive burden” for other countries and called on the international community to do more to stand in solidarity with Syria’s neighbours. He also underlined the need for a political solution to the conflict, now into its seventh year.

Further in his briefing, the UN Special Coordinator spoke of the situation in Lebanon, Iraq and Yemen as well as of social exclusion and marginalisation that tend to provide fertile ground for the rise of violent extremism. 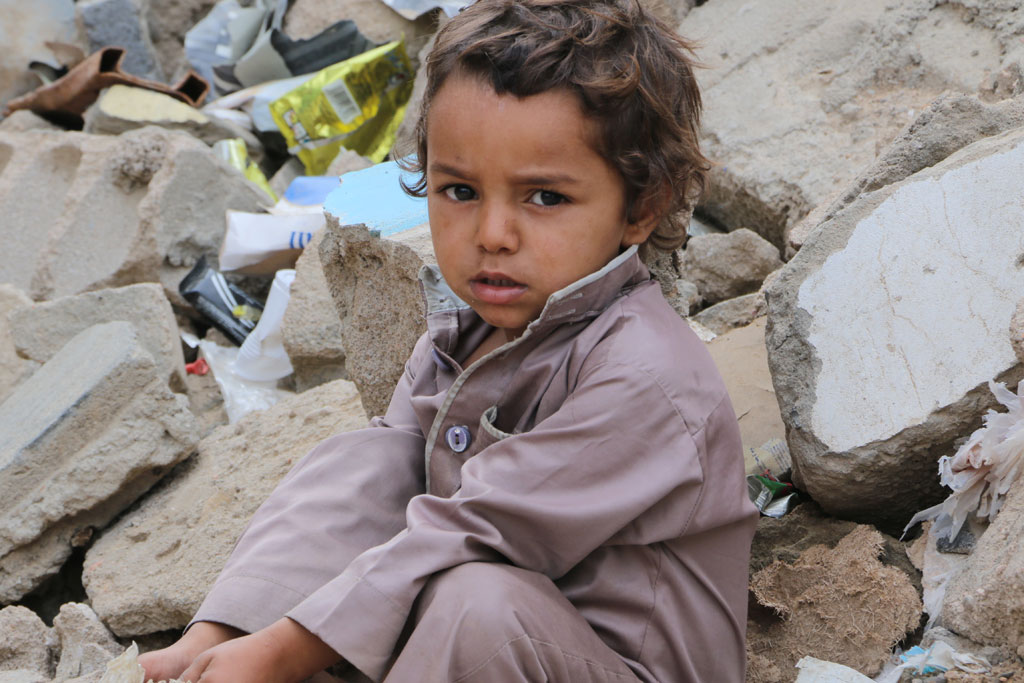 In Yemen, a displaced boy sits amid the rubble at his family’s destroyed home, in the northern city of Sa’ada, where homes, schools, health facilities and other infrastructure have been destroyed due to the escalation of conflict in the country. Photo: UNICEF/Dia Al-Adimi

“Unity across ethnic and religious lines, reconciliation and a fair sharing of resources help heal wounds and isolate extremists,” he underscored.

Recalling Secretary-General António Guterres’ call for a “surge in diplomacy for peace”, Mr. Mladenov urged UN Member States, especially through a united Security Council, to assume the leading role in resolving the crisis.

In the wake of yet another dire turn in the Syrian crisis, the United States and the Russian Federation “must find a way to work together” to stabilize the situation and support the political process, the United Nations envoy for the war-torn country told the Security Council today.