WMO/Olga Khoroshunova
By absorbing much of the added heat trapped by atmospheric greenhouse gases, the oceans are delaying some of the impacts of climate change.
11 April 2017

With global leaders heading to the United Nations for a major conference in June on the protection and sustainable use of the planet’s oceans, the UN today announced that the inaugural World Ocean Festival will kick off the week-long event, with activists and enthusiasts taking to the streets – and waterways – of New York City to raise their voices to reverse the declining health of our oceans.

At a joint press briefing at UN Headquarters today, Penny Abeywardena, the Commissioner of the (New York City) Mayor’s Office for International Affairs, joined Peter Thompson, President of the UN General Assembly, to announce the first-ever Festival which will be held on Sunday, 4 June, the day before the opening of The Ocean Conference, which will run from 5 to 9 June.

The Festival, organized by the Global Brain Foundation, will galvanize people across the world to bring public attention to the Sustainable Development Goals (SDGs), specifically Goal 14, on conservation and sustainable use the oceans, seas and marine resources for sustainable development, “right here in New York City, a premier coastal city,” said Ms. Abeywardena.

“Through these gatherings, people will come together to catalyze specific steps we can take as a community to preserve our oceans and engage our citizens and in particular, our young people,” she said, adding that, with 520 miles (about 835 kilometres) of coastline, New York City Mayor Bill de Blasio’s administration recognizes the need for cities to lead on protecting the planet from degradation through sustainable consumption and effective management of the world’s natural resources and mitigating the worst impacts of climate change.

For his part, Assembly President Thomson said New York City is a model not only in the United States but around the world of what cities can do in integrating the SDGs with their urban development planning, drawing attention to Mayor de Blasio’s ‘One NYC’ initiative.

As for the Conference, he said “the ocean is in deep trouble,” facing threats such as marine pollution; fishery subsidies at a time when fish stocks are collapsing; and degraded coastal ecosystems planet-wide. “The Ocean Conference is [a timely opportunity] to address these major woes humanity has put upon the ocean,” he continued, adding that it also will provide an opportunity to think about the impacts of climate change.

“With ocean acidification, we’re already seeing the effects of this; its serious business in Oregon and Washington state and its spreading around the world and is also serious business for the tropics, where because of rising temperatures life is leaving our waters because it is too hot,” explained Mr. Thomson, noting that 40 per cent of the cause of rising sea levels is due to the fact that oceans are heating up. 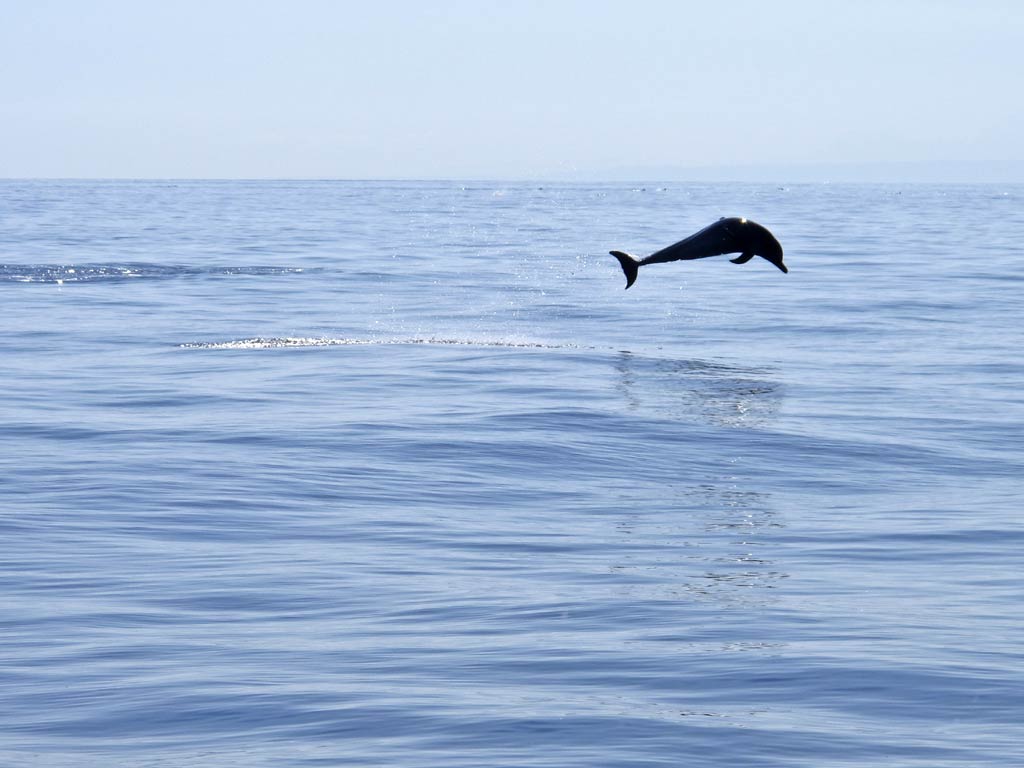 And yet “all human problems have human solutions and that’s what the Ocean Conference is about, working to find what the solutions are,” he emphasized, noting that UN Member States are currently making good progress on the ‘call to action’ that would be agreed by the Conference. Further, in addition to a plenary, the Conference would also feature seven partnership dialogues focused on SDG 14.

Mr. Thomson went on to highlight the registry of voluntary commitments, to which the UN was urging all stakeholders and “everybody who gives a hoot about the ocean” to register to between now and the Conference “so that you stand and be counted in our call to action to reverse the cycle of decline in which the ocean has been caught.” The roll of the media is important in all this, to get the word out about the state of the planet’s oceans “but also that we’re doing something about it.”

Natalia Vega-Berry, founder of the Global Brain Foundation and Executive Producer of the World Ocean Festival said the event will aim to show world leaders gathering for the UN conference the urgency for taking action. “Our ocean is a connective tissue for the world’s entire population. It makes planet Earth and us all one, as we are surrounded by shores. At the same time, our ocean is at great risk of pollution, overfishing, climate change and more.”

While coastal cities and island nations feel the most pressing burden of such threats, she said that the Festival will aim to bring together all people who care deeply about the oceans’ future to “raise their voices in support of the ocean and call on world leaders to take action to save it.” She said that while the Festival will be held in New York, other cities could also be inspired to organize their own events.

New York’s festival will feature a first-of-its kind grand “ocean march,” which will be a parade of sailing vessels around lower Manhattan and along 10 nautical miles of Manhattan and Brooklyn waterfront from the Hudson to the East River. The second main event will be the Ocean Village, which will be set up at Gentry State Park in Long Island City as a “hub for all things ocean,” and will celebrate art, innovation and exhibits on ocean and climate action.

Contributing to the 'vibrant diversity' of New York, the United Nations, its agencies and staff not only generated $3.69 billion in total economic output for the City, the UN community also supported nearly 8,000 jobs and brought in more than 30,000 visitors to attend meetings, according to the 2016 UN Economic Impact Report that was released today.