“This is not only a humanitarian crisis, but it is also an ecological one,” José Graziano da Silva, Director-General of the UN Food and Agriculture Organization (FAO), said at a media briefing in Rome following his visit last week to some of the worst affected areas in Chad and north-eastern Nigeria.

He underscored that the crisis is rooted in decades of neglect, lack of rural development and the impact of climate change, and the only way to ensure a lasting solution is to address these including through investments in sustainable agriculture.

“This conflict cannot be solved only with arms. This is a war against hunger and poverty in the rural areas of the Lake Chad Basin,” stressed the FAO Director-General.

“Peace is a prerequisite” to resolve the crisis in the region, but this is not enough, Mr. Graziano da Silva said. “Agriculture, including livestock and fisheries, can no longer be an afterthought. It is what produces food and what sustains the livelihoods of about 90 per cent of the region's population.”

Some seven million people risk suffering from severe hunger in the Lake Chad Basin, which incorporates parts of Cameroon, Chad, Niger and north-eastern Nigeria. In the latter, some 50,000 people are facing famine. 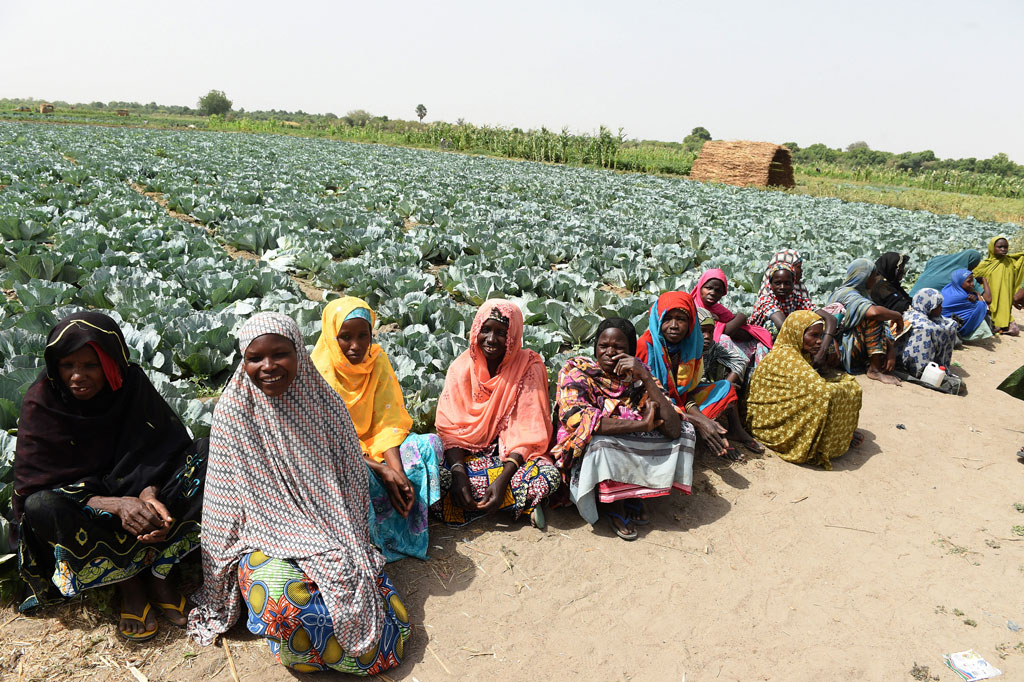 While fighting and violence have caused much of the suffering, the impact of environmental degradation and climate change – including repeated droughts – is exacerbating the situation, continued the FAO Director-General.

He noted that since 1963, Lake Chad has lost some 90 per cent of its water mass with devastating consequences on food security and the livelihoods of people depending on fishing and irrigation-based agricultural activities. Furthermore, while Lake Chad has been shrinking, the population has been growing, including millions displaced from conflict areas.

FAO and its partners, including other UN agencies, are calling on the international community for urgent support – a combination of immediate food assistance and food production support – to make assuage hunger in the region.

Mr. Graziano da Silva reiterated that should farmers miss the coming May/June planting season, no substantial harvests will be seen until 2018, leading to more widespread, severe hunger and prolonged dependency on external assistance.

He recalled FAO’s Response Strategy (2017-2019) for the crisis, which includes distributing cereal seeds and animal feed and providing cash transfers and veterinary care to enable displaced farmers and voluntary returnees to get a substantial harvest, replenish their food stocks and prevent animal losses among vulnerable herders.

The FAO Director-General warned that the situation reflects the threats facing other African countries where a combination of ethnic or religious tensions fuelled by rural poverty and unemployment could escalate to full-scale crises.

In the Lake Chad Basin region, FAO is working with farmers and displaced people to assist with producing food and selling surplus in the markets, which includes distributing cash vouchers that help stimulate markets for agricultural products.

Additionally, the agency, together with its partners, is exploring the possibility of introducing irrigation techniques to save water, and then helping to train farmers in using them.

Highlighting the multifaceted nature of the crisis in Africa's Lake Chad Basin, the deputy United Nations chief underlined the need for a holistic approach that includes responding to the Boko Haram as well as closing the gap between humanitarian assistance and development interventions.