Forty-one donors today pledged a combined $6 billion for critical humanitarian programmes in 2017 and another $3.7 billion for 2018 for the people of Syria reeling under a devastating conflict since 2011 at a United Nations-supported conference in the Belgian capital, Brussels.

Earlier in the day, UN Secretary-General António Guterres drew attention the plight of those suffering as a result of the conflict in the war-ravaged country and urged the international community to increase support for both people within Syria as well as for the millions seeking refuge beyond its borders and for the communities hosting them.

“The need for humanitarian aid and the protection of Syrian civilians has never been greater [and] the humanitarian appeal for a single crisis has never been higher,” UN Secretary-General António Guterres said at the opening session of the Brussels Conference on Supporting the Future of Syria and the Region.

“UN agencies and our partners are determined to reach everyone in need, through all possible means,” he emphasized.

The pledges made today will support humanitarian relief, protection and resilience-building for people in need. It will also help the war-torn country's neighbours shoulder the heavy burden from the spill-over effects of the crisis.

In its seventh year now, the conflict in Syria is the largest humanitarian challenge in the world – 13.5 million men, women and children inside the country are in need of urgent assistance and there are now more than five million Syrian refugees in Egypt, Iraq, Jordan, Lebanon and Turkey. Many more have made dangerous journey to Europe and farther afield.

UN-coordinated response plans for Syria and the region require a total of $8 billion for 2017 alone, and the funding will contribute to UN and its partners efforts to reach some 12.8 million people this year.

The conference – co-chaired by UN, the European Union (EU), Germany, Kuwait, Norway, Qatar and the United Kingdom – started yesterday with thematic sessions on the humanitarian needs and challenges within the country and on ways to strengthen resilience of refugees and host communities in the context of the crisis.

VIDEO: Speaking to reporters in Brussels, UN chief Guterres underscored the importance of the conference.

No one is winning, everybody is losing – UN chief Guterres

In his opening remarks, UN Secretary-General António Guterres highlighted that as the conflict in Syria grinded on, it continued to extract a harrowing toll on civilians.

“Nobody is winning this war. Everybody is losing,” he said.

Hundreds of thousands of men, women and children remain in siege-like conditions, beyond the reach of humanitarian assistance and “persistent” violations of international humanitarian law remains a reality in the country, added Mr. Guterres, noting: “as yesterday's reports of use of chemical weapons reminded us again”.

Hailing the countries hosting Syrian refugees, the UN chief also underlined the importance of building the resilience of host communities and to provide them with the support they need.

“But we also must step up international budget,” he added, noting that funding remains “utterly insufficient”.

He also urged developed countries, in particular, not to close borders or reduce resettlement and relocation opportunities and called on the international community to protect the integrity of the international refugee protection regime and emphasized that the world must share responsibility for Syrian refugees more equitably.

“This conference must represent a moment of truth, when the international community takes decisive steps to increase its support for the victims of the Syria conflict, and for the neighbouring countries that are providing a safe haven for millions of refugees,” underscored the Secretary-General. 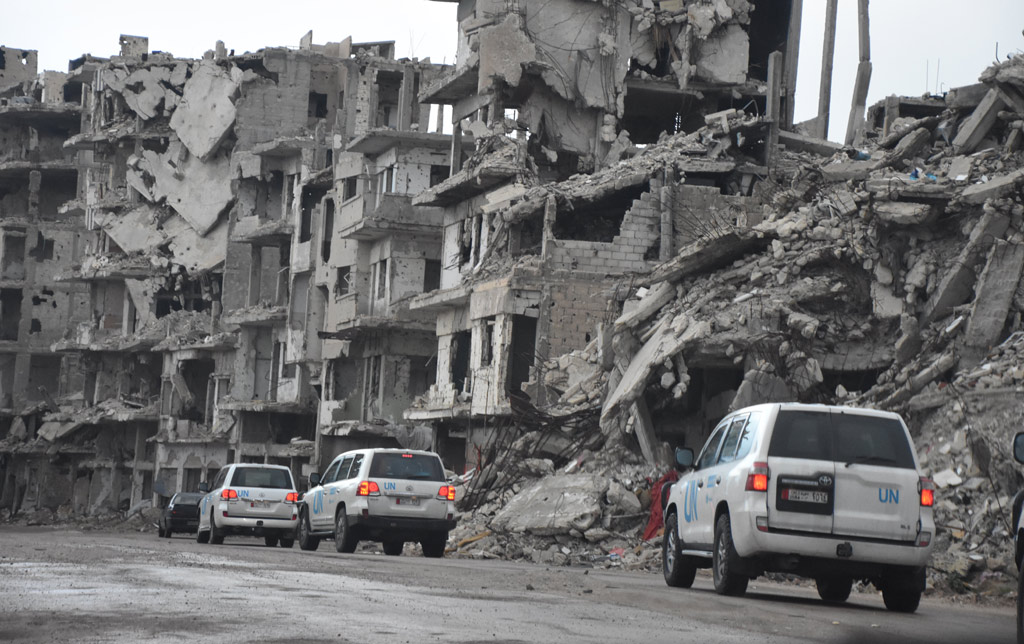 As soon as possible, pledges must be turned into action – UN aid chief

Welcoming the pledges received today, Stephen O'Brien, the UN Emergency Relief Coordinator, said that the international solidarity could not have come sooner.

“Today has been a momentous opportunity for much of the world to come together to commit more support and solidarity for Syrians and those affected across the region,” he said.

UN and partners have already been providing live-saving and life-sustaining food, water, medical care and shelter across the country. However, lack of humanitarian access, particularly to over 4.7 million people in besieged and hard to reach areas within the country remains a major obstacle for aid delivery.

“We have today heard commitments from a wide range of countries to continue to resource principled humanitarian action through regular programmes, across conflict lines, across borders, and via air operations,” added Mr. O'Brien, calling on countries to translate the pledges into actual funds.

“We now need, as soon as possible, to see these pledges turned into cash for action.”

Also today, Staffan De Mistura, the UN Special Envoy for Syria and the mediator for intra-Syrian talks, who was also at the Brussels Conference, stressed the importance to sustain the momentum on Syria.

“Bottom line: we need to send a constant, strong message, not to ourselves but to the Syrian people that they will not become a forgotten war,” he stated.

“They need to hear that [...] they can still count on us and hope is not given up. And I think this event, this important conference, is in this direction.” 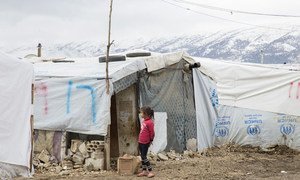 ‘We must be resourced to respond, protect and deliver’ for people of Syria, UN aid chief

As a major international conference on Syria gets underway in Brussels, United Nations agencies have warned that a sluggish financial support by Member States would put vital assistance for millions of refugees and the communities hosting them at risk.