“Time is running out,” UNICEF said, noting the threat from famine, drought and war.

Some 22 million children are hungry, sick, displaced and out of school in the four countries, according to the UN agency. Nearly 1.4 million are at imminent risk of death this year from severe malnutrition.

“We learned from Somalia in 2011 that by the time famine was announced, untold numbers of children had already died. That can't happen again,” said Manuel Fontaine, UNICEF Director of Emergency Programmes.

Famine was declared a month ago in South Sudan, and will likely be declared soon in Nigeria, Somalia and Yemen where fighting has pushed people off their farmland and droughts have destroyed their animals and what is left of crops.

“Children can't wait for yet another famine declaration before we take action,” Mr. Fontaine said. 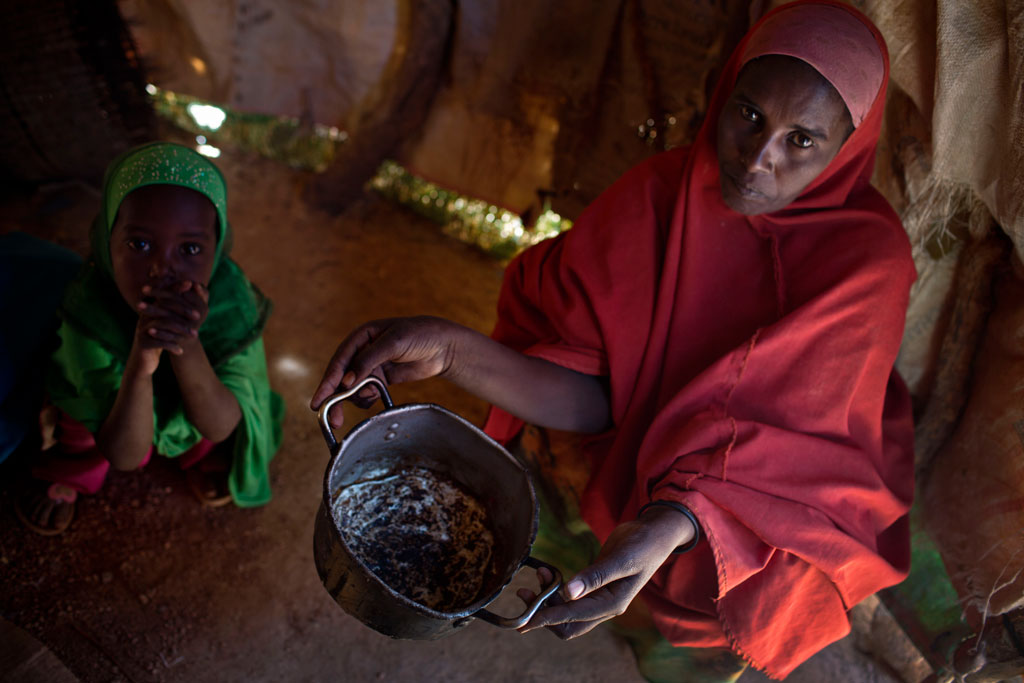 A mother holds up an empty cooking pot as she crouches alongside her daughter inside their makeshift home at a settlement near the town of Ainabo, Somalia, Thursday 9 March 2017. Photo: UNICEF/Kate Holt

The UN agency is calling for close to $255 million to provide 22 million children with food, water, health, education and protection services for just the next few months, according to a new funding update.

The majority of that funding will go towards nutrition programmes to screen children and provide them with therapeutic food, as well as health services and water and sanitation.

This request is part of a broader appeal for all of 2017 totalling $712 million, up 50 per cent from what was requested for these four countries at the same time last year.

The head of the United Nations refugee agency today noted the need for more accommodations on the Greek mainland to help improve conditions at reception centres on the Greek islands.