UNTV/Joon Park
A drum maker crafts a batá drum, which is known as the sacred drum of Cuba.
24 March 2017
Culture and Education

Besides honouring and remembering those who suffered and died at the hands of the brutal slavery system, and to raise awareness about the dangers of racism and prejudice today, the day is also an opportunity to celebrate the contribution of the enslaved people to the societies in which they found themselves during the Transatlantic Slave Trade, with valuable skills and useful knowledge that they brought with them.

Among them, were the rhythms and musical traditions from their homeland, which, according to historical experts attending an African Diaspora musical event at the UN on 14 April 2016, were essential to their survival and maintaining their identity.

As one travels through the African Diaspora, music and dance considered to be indigenous, is largely reminiscent of the African continent, as one may discover on a visit to countries like Cuba.

When Africans were brought centuries ago to Cuba to work on the sugar plantations, they also brought their cultural traditions including their music and instruments. When they arrived on the island, they embraced the tempo of the indigenous population and mixed it with their own African beat. Now young people are keeping the music of the enslaved alive in their own creations. Credit: UNDP LAC

Here, Joon Park, UNTV videographer and editor, gives his unique first person account of what it was like to report the story of Afro-Cuban music during a time of national mourning.

“Viva Fidel!” A middle aged man proudly shouted at our backs as we walked away after asking for directions. UNTV Producer, Mary Ferreira, and I were in Havana, Cuba, but it wasn’t just any ordinary day in the Spanish-speaking Caribbean Island nation. It was the day after Cuba lost its revolutionary leader, Fidel Castro and the city had come to a screeching halt. 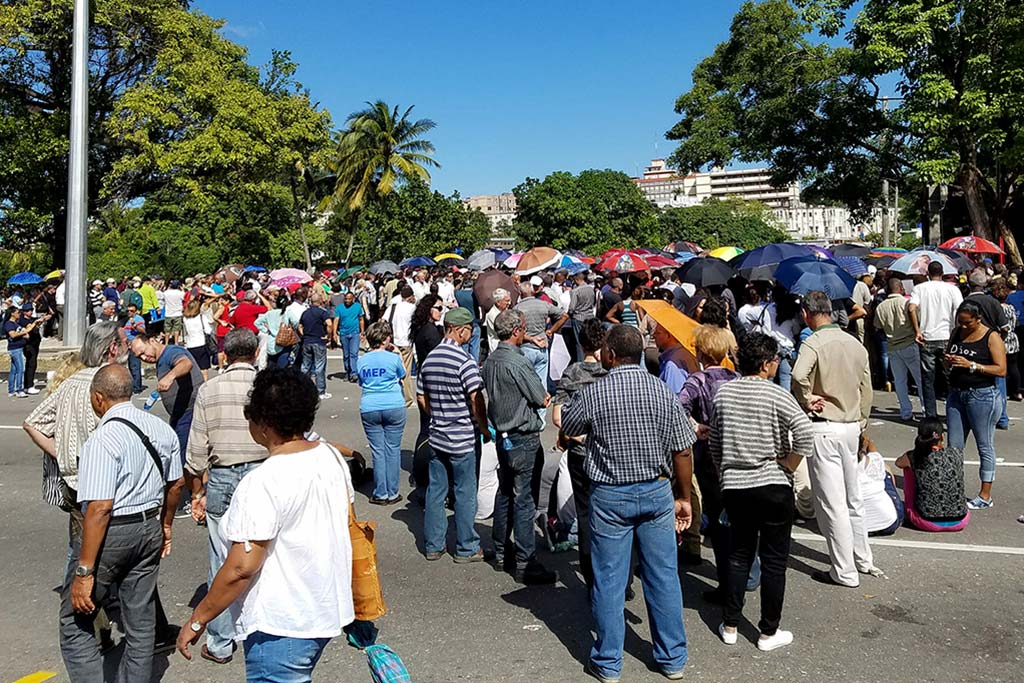 The streets were filled with people weeping, paying tribute, and flaunting Fidel’s photo everywhere. The air was heavy with grief and uncertainty – sometimes almost too silent as a nine-day period of national mourning began. Photo: Joon Park/UNTV

As part of the United Nations’ Decade for People of African Descent campaign, we were in Cuba to document the influence that enslaved Africans and their descendants have on the island nation’s iconic music.

Experts estimate that more than 1.3 million slaves were brought to Cuba from across different regions of Africa. Their culture and religion, which are still present everywhere in the country, left a deep imprint on the island. To honor and remember those who suffered and died at the hands of the brutal slavery system, the United Nations designated 25, March as the International Day of Remembrance of the Victims of Slavery and the Transatlantic Slave Trade. The day aims to raise awareness about the dangers of racism and prejudice. 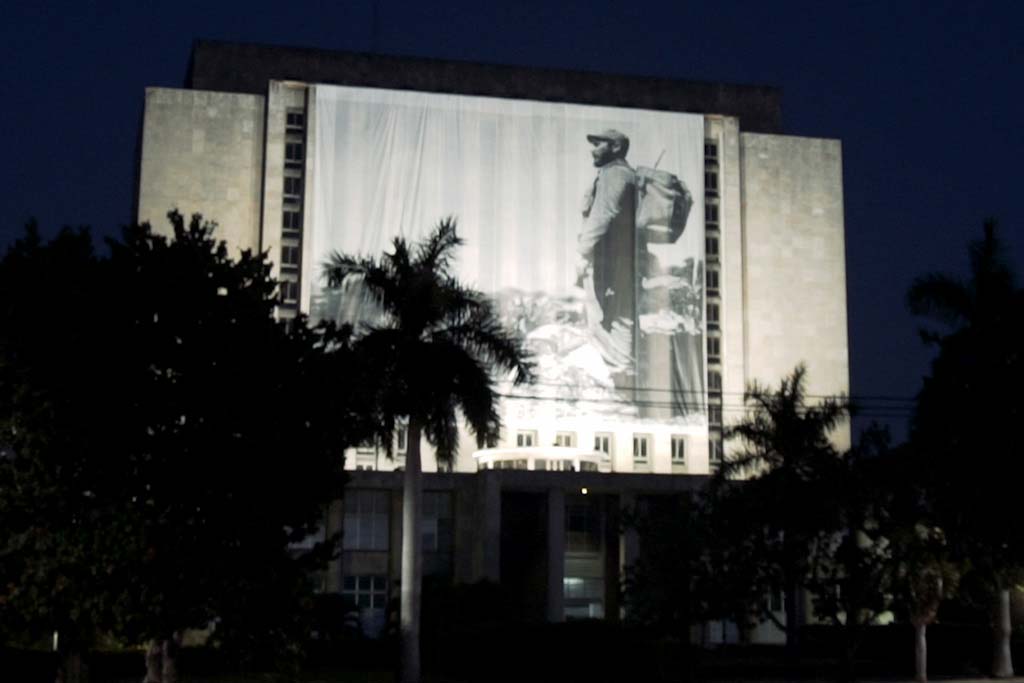 Images of the late Fidel Casto are projected on a building surrounding Revolution Square in Havana during the nine day period of mourning after his death on 25, November, 2016. Photo: UNTV/Joon Park

Like any other filming assignment, we knew to expect the unexpected - but this was different. The news of Castro’s death broke shortly before we boarded our flight and the number of international journalists at the airport indicated the weight of the historic news.

The quick turn of events posed a major obstacle for our production schedule. The Cuban government placed a ban on public entertainment during the mourning period which meant no live music playing throughout the nation for nine days. 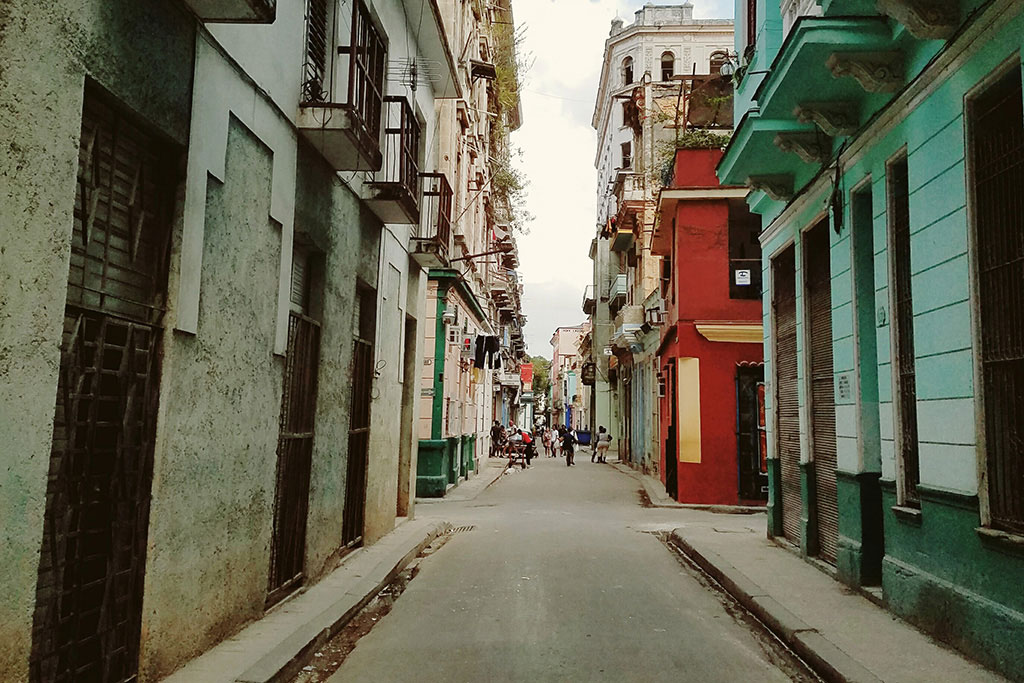 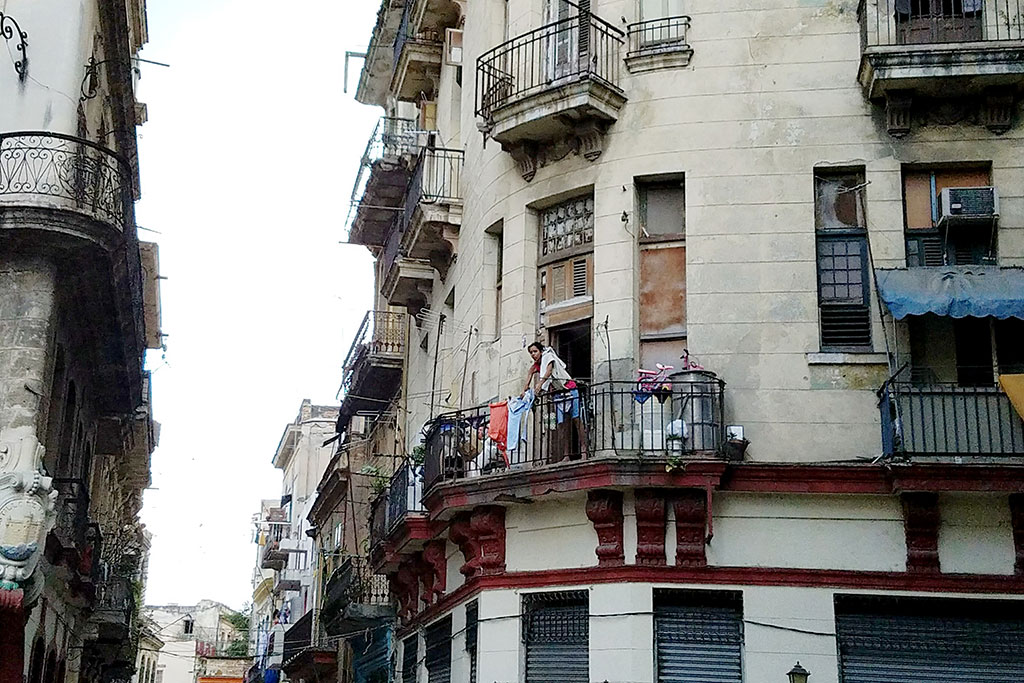 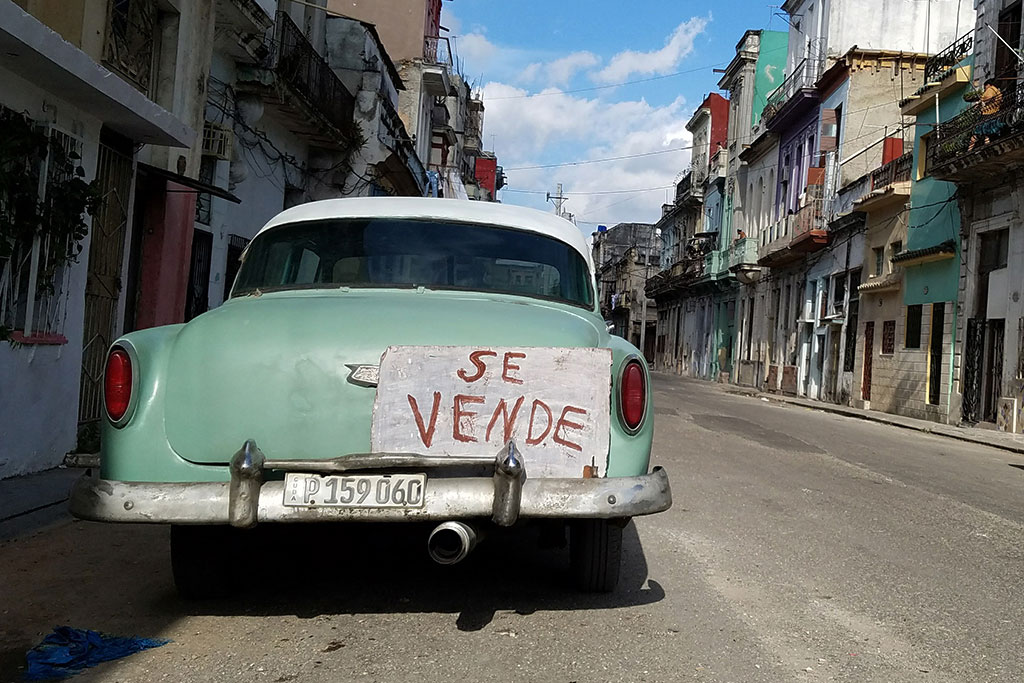 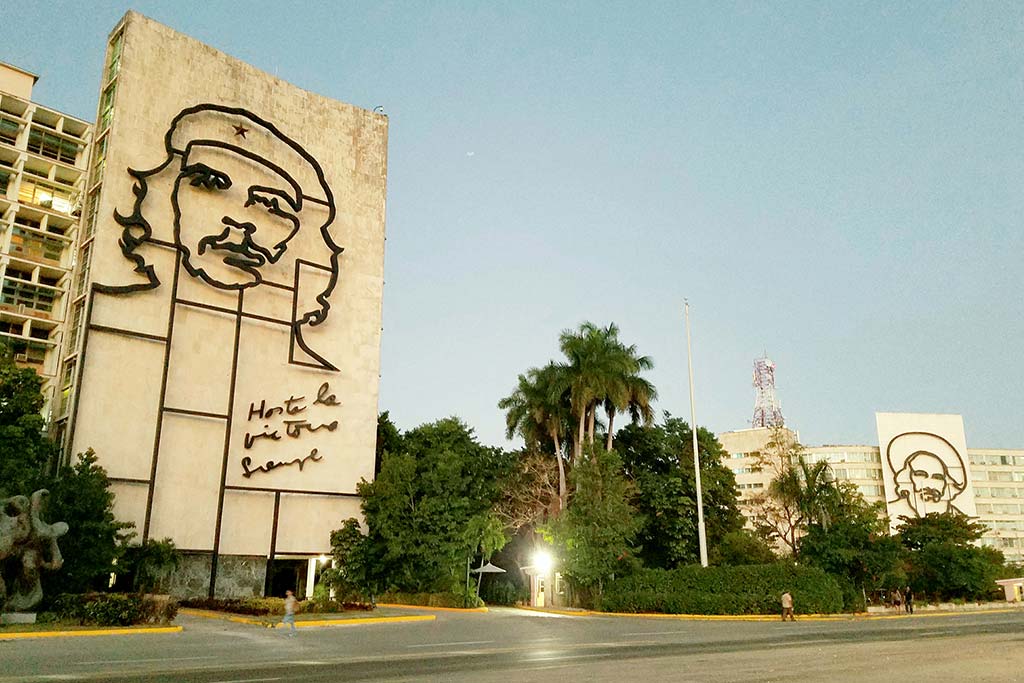 Ferreira, my seasoned producer, swiftly changed course and pushed back filming of musicians to the following week and after much struggle and anxious waiting, we met an intriguing musician named, Ramon Garcia. He led an Afro-Cuban band called “Vocal Baobob.” 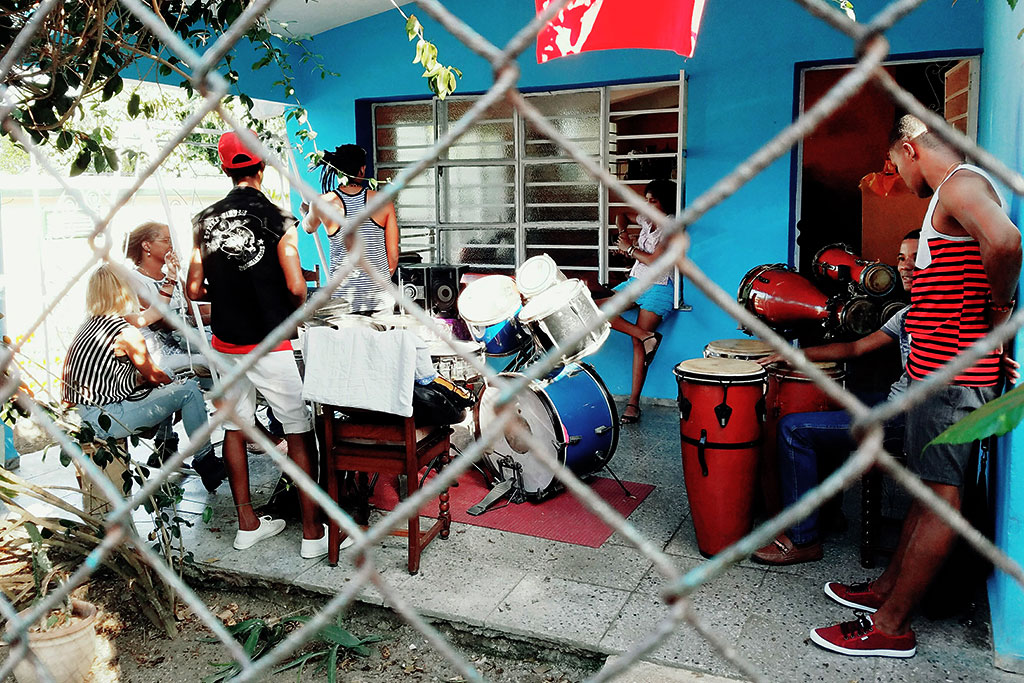 He openly gave us an invitation to his home where his band members regularly met and practiced. The ban was finally lifted and on the way to Mr. Garcia’s house our driver, Mondi, cranked up the volume on his car stereo.

“I try to connect it with Africa,” Mr. Garcia said. “There is no way that I would compose a song without a little bit of African rhythm.”

Within minutes his friends started to arrive; one with drumsticks in his pocket, the other with the African shekere (a West African percussion instrument made of dried gourd with beads woven into a net). Among them was Garcia’s cousin, Blanco, a contemporary hip hop rapper.

Blanco presented his latest work and Mr. Garcia quickly pulled out the batá drums. The batá drums are known as the sacred drums of Cuba, which were only played for the kings and for religious rituals in Africa. 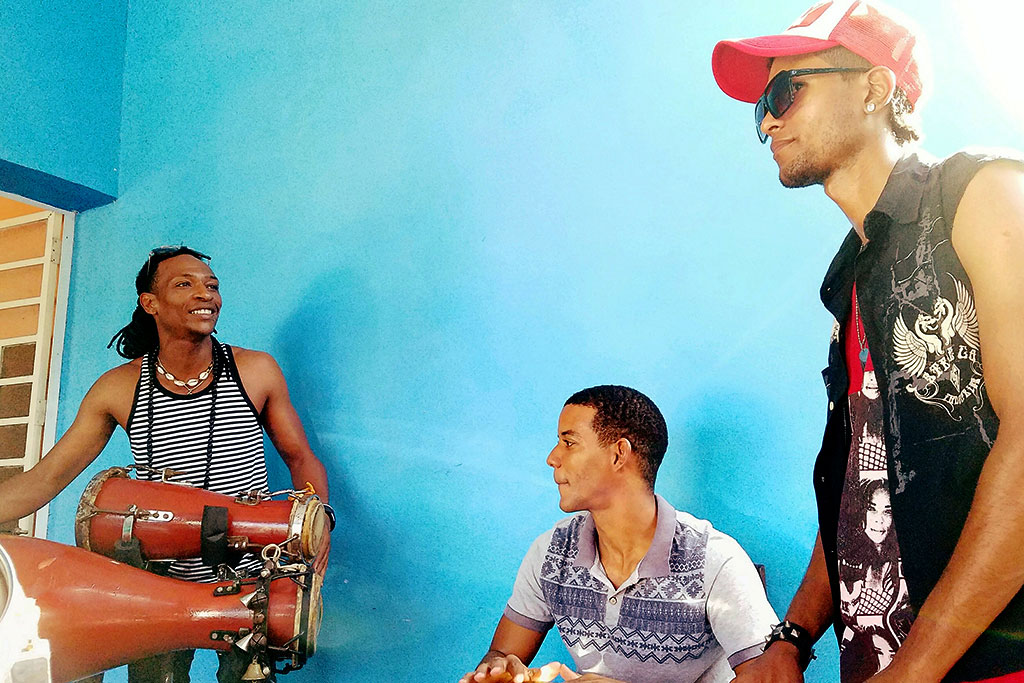 The front porch now became a stage as I readied my camera. The modern hip hop beat blasted out from the speakers. Slowly and naturally, like laying bricks, Mr. Garcia added the batá drum rhythm, another added the African shekere while the others started humming.

The all too familiar sound of contemporary hip hop was transformed into a mixture of African and Cuban melodies. And the first phrase of the song went, “Gracias Fidel!”