UNICEF/Mukwazhi
Shown here in this 2016 photo from Siyephi Village, Bullilima District in Matebeland South Province, Zimbabwe, a 17-year-old girl is seen at the drying up dam where she and her family fetch water.

22 March 2017
Warning that as many as 600 million children – one in four worldwide – will be living in areas with extremely scare water by 2040, the United Nations children's agency has called on governments to take immediate measures to curb the impact on the lives of children.

In its report, Thirsting for a Future: Water and children in a changing climate, the UN Children's Fund (UNICEF) explores the threats to children's lives and wellbeing caused by depleted sources of safe water and the ways climate change will intensify these risks in coming years.

“This crisis will only grow unless we take collective action now,” said UNICEF Executive Director Anthony Lake in a news release announcing the report, launched on World Water Day.

“But around the world, millions of children lack access to safe water – endangering their lives, undermining their health, and jeopardizing their futures,” he added.

According to the UN agency, 36 countries around the world are already facing extremely high levels of water stress.

Warmer temperatures, rising sea levels, increased floods, droughts and melting ice affect the quality and availability of water as well as sanitation systems. These combined with increasing populations, higher demand of water primarily due to industrialization and urbanization are draining water resources worldwide. On top of these, conflicts in many parts of the world are also threatening access to safe water. 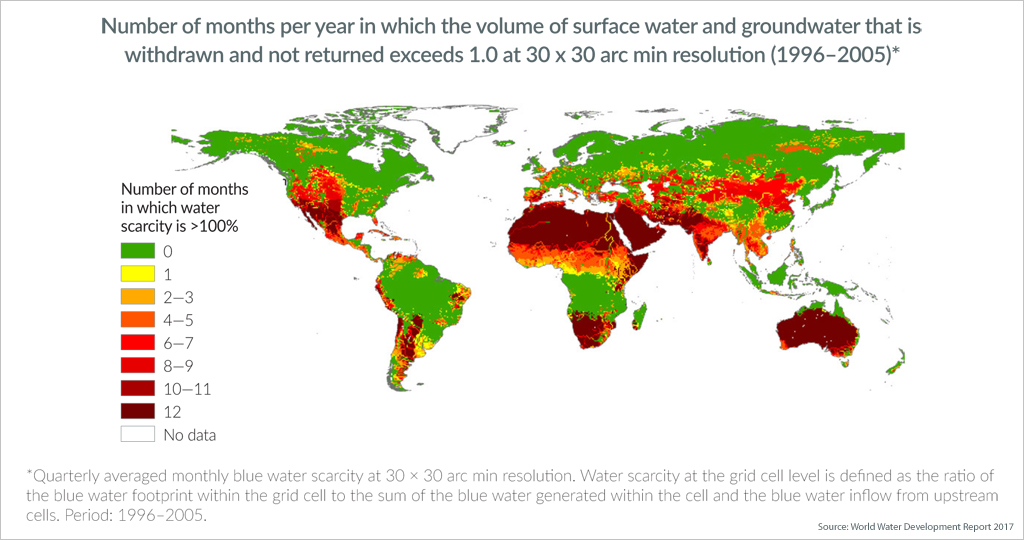 According to a recent UN-Water report, about two-thirds of the world's population currently live in areas that experience water scarcity for at least one month a year. Source: World Water Development Report 2017

All of these factors force children to use unsafe water, exposing them to deadly diseases like cholera and diarrhoea.

Many children in drought-affected areas spend hours every day collecting water, missing out on a chance to go to school. Girls are especially vulnerable to attack and sexual violence during these times.

One of the points it raised is for governments to plan for changes in water availability and demand in the coming years and to prioritize the most vulnerable children's access to safe water above other water needs to maximize social and health outcomes.

“Water is elemental – without it, nothing can grow,” said Mr. Lake, urging for efforts to safeguard children's access to water.

“One of the most effective ways we can do that is safeguarding their access to safe water.” “Water is elemental – without it, n 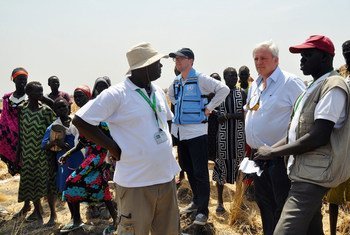 10 March 2017
Just back from Kenya, Yemen, South Sudan and Somalia – countries that are facing or are at risk of famine – the top United Nations humanitarian official today urged the international community for comprehensive action to save people from simply “starving to death.”