UNICEF/Simon Nazer
Children in a newly built clinic in Musan County, Democratic People’s Republic of Korea (DPRK), are checked for malnutrition and given vaccines, Vitamin A and deworming tablets.
21 March 2017

Over two-thirds of the population in the Democratic People’s Republic of Korea (DPRK) suffers from food insecurity, malnutrition, and a lack of access to basic health and sanitation services, according to a latest humanitarian report, which also appeals for $114 million to meet the urgent need of the most vulnerable.

“The Democratic People’s Republic of Korea (DPRK) is in the midst of a protracted, entrenched humanitarian situation largely forgotten or overlooked by the rest of the world,” Tapan Mishra, UN Resident Coordinator for DPRK, said in the Foreword of the 2017 needs assessment for the country.

Frequent natural disasters, especially droughts and floods, changing weather patterns, as well as the lack of agricultural inputs, have left more than 5.6 million people, or 20 per cent of the total population, food insecure and undernourished, despite the political tensions.

Updated data is needed to accurately evaluate the food insecurity situation while increasing crop yields is also of great importance to improve people’s living standard, according to the report.

Malnutrition, as a nationwide problem, needs proactive approach, especially with focus on the first 1,000 days of life.

“Those most at risk from the consequences of a lack of access to healthcare include under-five children, pregnant women, people living with disabilities and the elderly,” stated the report, while highlighting that “safe hygiene practices such as hand washing with soap are seriously affected in absence of running water and hygiene promotion.”

Given small presence of humanitarian community in the country, as well as limitations on funding, UN agencies and partners are scaling up efforts to ensure the assistance is provided to the most needy people.

However, the report underscored that some $114 million is needed for humanitarian relief, as “external assistance plays a vital role in safeguarding the health and well-being of millions of people.”

“I appeal to donors not to let political considerations get in the way of providing continued support for humanitarian assistance and relief,” said Mr. Mishra. 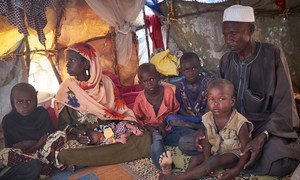