IRIN/Tom Westcott
In Mosul, Iraq, aging family members are pushed for hours through frontline fighting between the army and the Islamic State of Iraq and the Levant (ISIL/Da’esh), to reach safety.
20 March 2017

Humanitarian agencies are bracing for the possibility that in coming weeks about 300,000 to 320,000 civilians may flee the western districts of Iraqi's Mosul city where Government forces are fighting to oust the Islamic State of Iraq and the Levant (ISIL/Da'esh) terrorists, a senior United Nations aid official in the country has said.

“The humanitarian operation in western Mosul is far larger and far more complex than in the east” said the Humanitarian Coordinator for Iraq, Lise Grande, in a news release issued yesterday by the UN Office for the Coordination of Humanitarian Affairs (OCHA).

“We've been planning and preparing for the Mosul operation for months. But the truth is that the crisis is pushing all of us to our limits. We're going to be doing the best we can to ensure the people who need assistance receive it.” said Ms. Grande.

Humanitarian agencies are deeply worried that civilians are at grave risk in western Mosul. The use of explosives in the densely populated Old City is likely to cause extensive damage, and people fleeing are telling humanitarian workers that it's very difficult to enter or leave the Old City, said Ms. Grande. 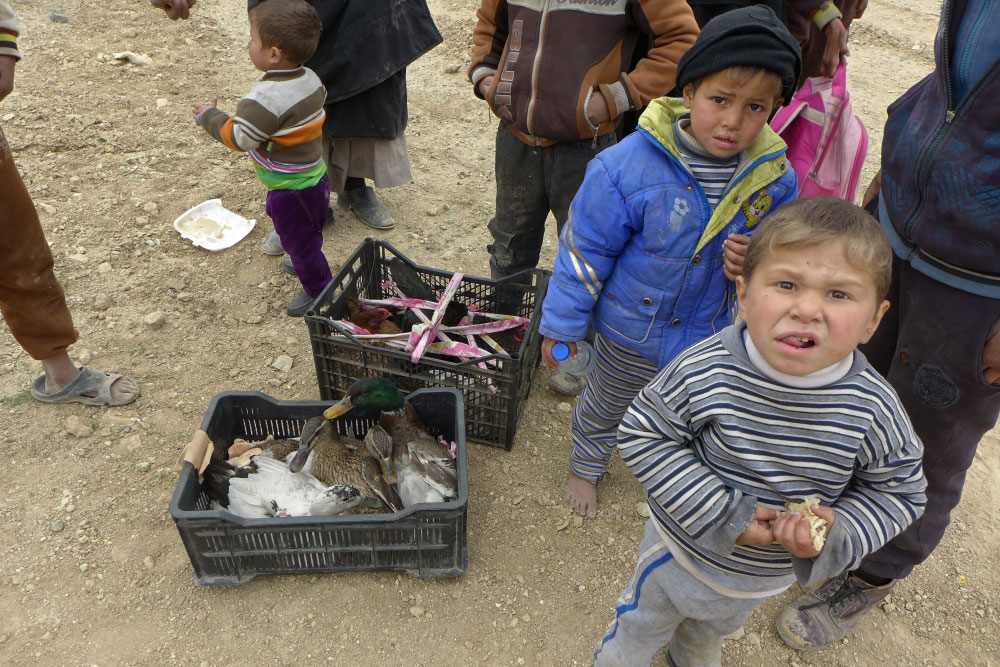 Four chickens and four ducks were the most treasured possessions of one family fleeing home in Mosul, Iraq. The UN estimates the total flight is at an average of 4,000 people a day. Photo: IRIN/Tom Westcott

“Families are at risk of being shot if they leave and they are at risk if they stay. It's horrible. Hundreds of thousands of civilians are trapped and they are in terrible danger,” she said.

The main supply route into western Mosul has been cut since mid-November. Families fleeing the city are reporting that shelves are empty and that the only food available is what they already have at home. Water and electricity supplies have been cut and medicines are running out.

Under the leadership of the Government of Iraq, a massive national effort is underway to address the crisis. Civilians fleeing the western districts in the city are being accommodated in 17 camps and emergency sites near the city. The Government and partners are rushing to construct and expand 10 of these.

“Every day, more space is becoming available,” said Ms. Grande. “It's a race against time. So far, families are receiving support and being sheltered. But if the number of people leaving the city increases faster than we can construct new plots, the situation could deteriorate very quickly.”

Since 17 October, over 330,000 people have been displaced by the Mosul crisis, over 70,000 of whom have returned to their homes. Humanitarian agencies have been working around the clock to provide life-saving support to more than 1.3 million people from eastern and western Mosul including families who have stayed in their homes, and those who have fled.

Amid a spike in new displacement triggered by the Iraqi military offensive to recapture western Mosul, the United Nations refugee agency is setting up new camps and expanding existing ones to shelter new arrivals, many of whom are visibly traumatized, hungry and dehydrated.