OCHA/Gemma Cortes
The number of hungry people in Central African Republic (CAR) doubled from 2015-2016, as conflict and insecurity led to limited access to and availability of food.
16 March 2017

Senior officials today called for strong political support and adequate resources for the United Nations peacekeeping force in the Central African Republic (CAR), where half of the population urgently needs aid, according to the latest United Nations figures.

Addressing the Security Council alongside CAR President Faustin Archange Touadera, Under-Secretary-General for UN Peacekeeping Operations Hervé Ladsous lauded the efforts of the UN Multidimensional Integrated Stabilization Mission (MINUSCA) in helping to pave the way for the gradual stabilization and restoration of State authority.

“As MINUSCA illustrates, when peacekeeping has the right leadership and capabilities, it can play an irreplaceable role in supporting national efforts, and with international partners, promote and support reforms that are essential to the sustainable resolution of a country’s conflict.”

Mr. Ladsous noted the security and operational efforts in the city of Bambari have loosened the armed groups’ grip, and led all of the main 14 armed groups to join a national committee on disarmament.

The move is important for a nationwide disarmament programme, without which, Mr. Ladsous noted, MINUSCA peacekeepers will be unable to provide security by force in a territory the size of France.

To further such progress, the World Bank has said that it would provide $30 million for social reintegration of fighters in a national programme on disarmament, demobilization, reintegration and repatriation. 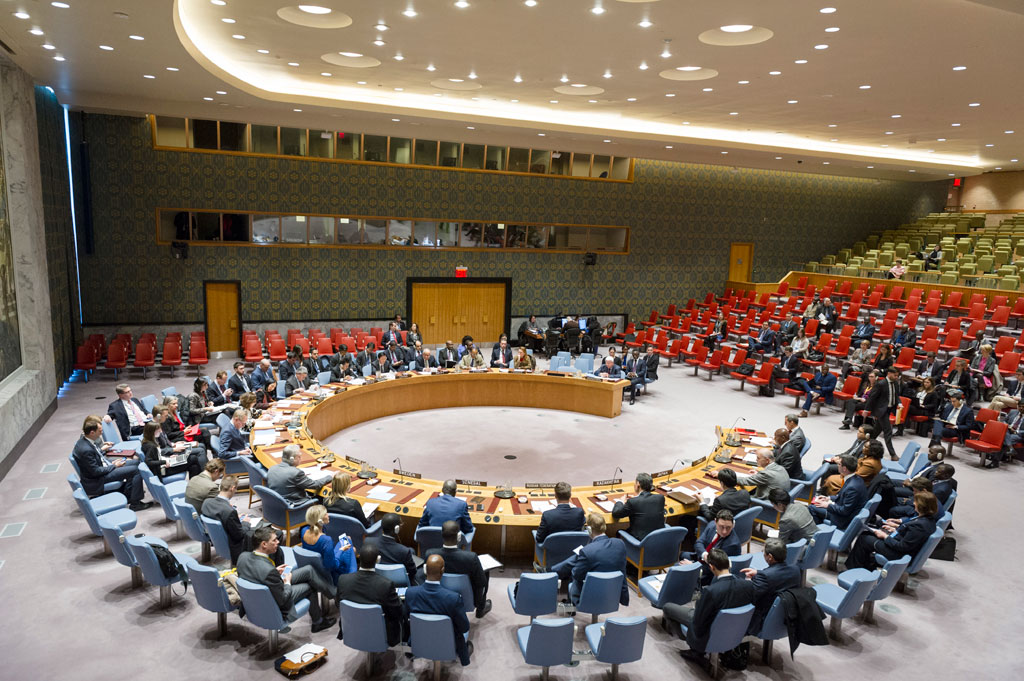 A wide view of the Security Council meeting on the situation in the Central African Republic. UN Photo/Rick Bajornas

Among other issues he raised, Mr. Ladsous called on the international community to follow through on $2.2 billion worth of pledges made at the Brussels conference hosted by the European Union in November.

In addition to peacekeeping efforts, the Council was briefed today on the peace building programs, including the work being coordinated by the UN, the European Union and the World Bank. These three organizations are working to, respectively, support peace, review the social contract between the population and the Government, and promote economic recovery.

In his address, Omar Hilale, the Permanent Representative of Morocco to the UN, who briefed in his capacity as the Chair of the CAR Configuration of the Peacebuilding Commission, announced that he would visit CAR “soon” to discuss the main challenges and ways to optimize the international community’s support.

The Peacebuilding Commission works between the Security Council, the General Assembly, whose membership includes all 193 Member States, and the Economic and Social Council (ECOSOC) which works with the 14 specialized UN agencies, to address root causes of conflict in a country and try to stabilize it before conflict breaks out or help it restabilize after fighting.

Half of the country in dire need of aid

CAR also faces an immediate humanitarian crisis. The upsurge in violence since last September has left roughly 2.2 million people – half of the population – in dire need of aid, the UN Office for the Coordination of Humanitarian Affairs (OCHA) today announced.

In addition, the fighting since the upsurge in fighting last September, one in five Central Africans are either displaced or a refugee in a neighbouring country. 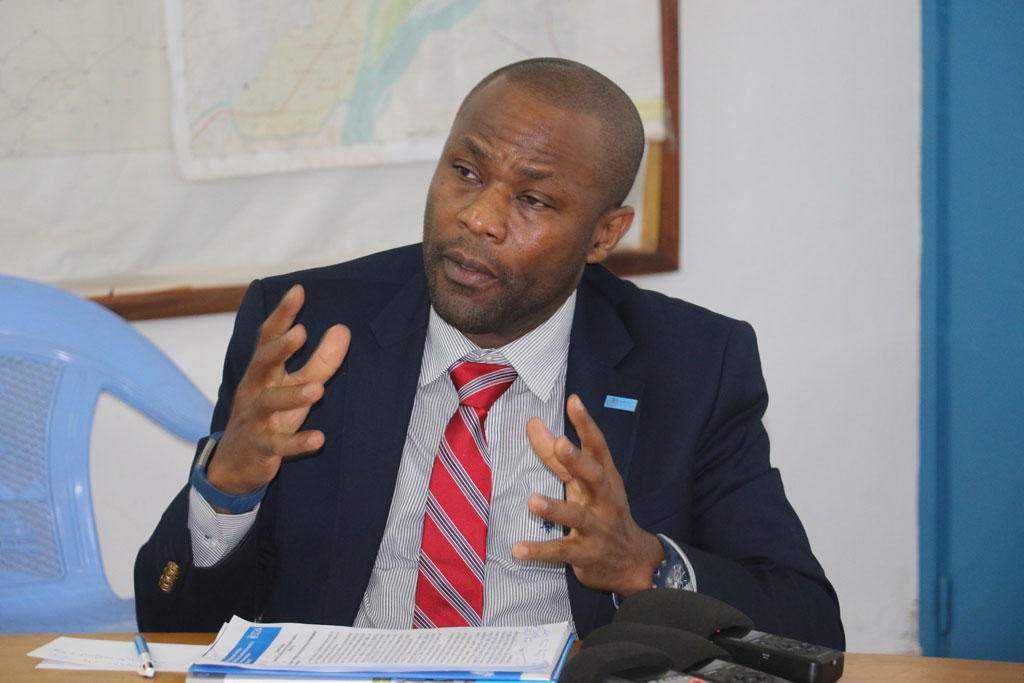 “Let us not leave Central African Republic to become a forgotten or neglected crisis by the international community”, said the Acting Humanitarian Coordinator for CAR, Michel Yao, alongside the Minister of Humanitarian, Social Affairs and National Reconciliation, Virginie Baikoua, at a briefing session for donors yesterday in Yaoundé, Cameroon.

The UN and its humanitarian partners had appealed for $399.5 million to aid CAR as part of the 2017 Humanitarian Response Plan. To date, only five per cent of that amount – roughly $19 million – has been raised.

Mr. Yao warned that without adequate funding, the country risks plunging into an acute humanitarian crisis.

The situation is particularly concerning because aid workers deliver much of the basic social services. For example, more than half of the health infrastructure is managed by the humanitarian community.