During the dialogues, member countries of the Geneva-based Human Rights Council – the highest intergovernmental forum on human rights within the UN system – discuss rights situation with delegations from a particular country on the Council’s agenda, as well as other Council members, officials of the Office of the UN High Commissioner for Human Rights (OHCHR), and Special Rapporteurs and Independent Experts.

The dialogue includes a presentation or a briefing on a report by the rights experts followed by discussions.

No ‘quick fixes’ in Democratic People’s Republic of Korea

On the situation in the Democratic People’s Republic of Korea (DPRK), Special Rapporteur Tomas Ojea Quintana highlighted that there were no “quick fixes or instant solutions” to tackle human rights abuses of the scope and nature that have been reported in the country for a long time.

“The focus on developments in the political and military arenas should not shield ongoing violations from the scrutiny of this Council,” he said. “Nor should it prevent it from taking a leading role on inspiring and coordinating international action on this situation of great concern.”

The rights expert also expressed particular concern over continuing escalation in hostilities on the Korean peninsula, including nuclear tests and missile launches, and underlined that such tensions only further isolated the country.

Drawing attention to last month’s killing of DPRK leader Kim Jong Un’s brother, Kim Jong Nam, in Kuala Lumpur, he urged all parties to cooperate in carrying out a transparent, independent and impartial investigation, as well as to observe guidelines regarding witness protection.

“Should the investigation confirm the involvement of State actors, Mr. Kim Jong Nam would be a victim of an extrajudicial killing and measures would need to be taken to assign responsibilities and protect other persons from targeted killings,” he said.

The rights expert also spoke of the humanitarian situation in the country including in response to the typhoon last year, the situation of migrant workers and labour issues, and on DPRK’s engagement with UN human rights mechanisms.

The Special Rapporteur’s briefing was followed by an update from the Group of Independent Experts on Accountability designated pursuant to Human Rights Council resolution 31/18 on the country. 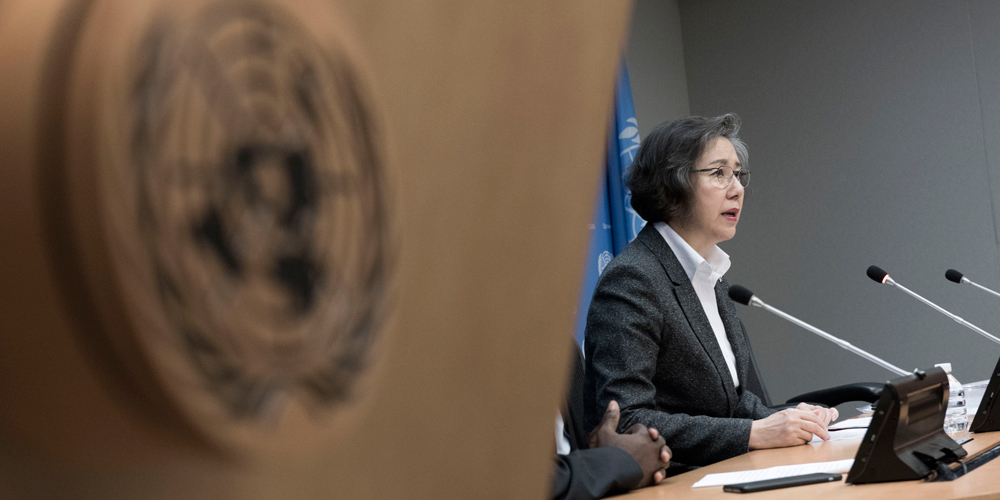 Yanghee Lee, the UN Special Rapporteur on the Situation of Human Rights in Myanmar, at a press briefing. UN Photo/Kim Haughton (file)

Victims and people of Myanmar ‘deserve to know the truth’

Also today, Yanghee Lee, the UN Special Rapporteur on the situation of human rights in Myanmar called for prompt, thorough, independent and impartial investigations into killings and other serious human rights violations in the country.

In particular, she raised alarm over multiple cases in which civil society actors and human rights activists were killed for their work, including many who were killed in recent months, and that cases remained unresolved for years.

A number of such cases related to vested commercial interests or the military, she said, underlining: “No stones must be left unturned. The alleged victims, as well as all the people of Myanmar, deserve to know the truth.”

Further, recalling harrowing testimonies she heard from individuals who fled violence in Rakhine state, the UN rights expert called for a Commission of Inquiry into events that occurred there and continue to surface “increasingly and persistently”.

In a report last month, OHCHR documented the violence in Rakhine and said that the widespread human rights violations against the Rohingya population by the security forces in the indicated the very likely commission of crimes against humanity.

In her briefing, Ms. Lee also spoke of escalating conflict in Kachin (in Myanmar’s north-east) and Shan (in the east of the country) states and the resulting impact on civilians, and expressed concern that the UN and other international organizations have been “systematically denied” authorization to deliver vital since May 2016.

Concluding her statement, the expert also welcomed some positive developments in the country, including increasing representation of women in discussions making up the peace process and called for the minimum level of 30 per cent across all groups to be reached at the next conference. 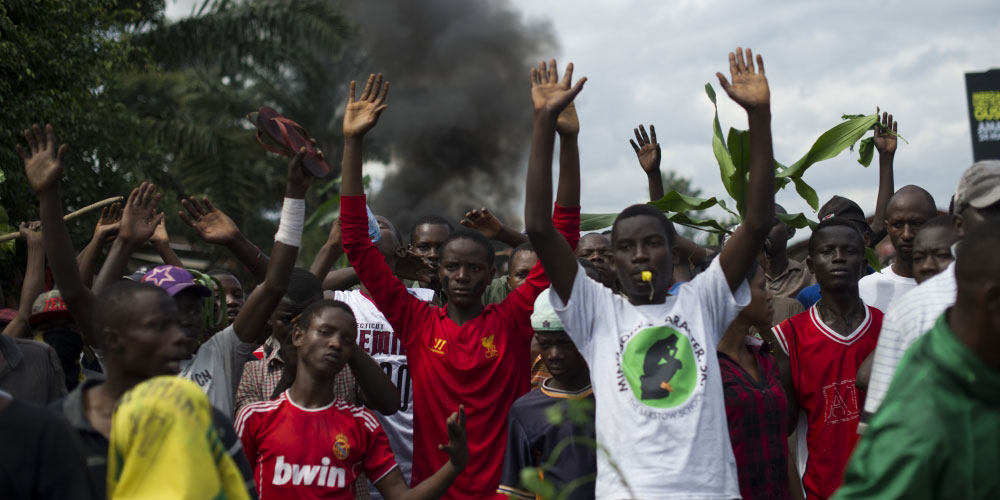 Protestors raise their hands in front of police in the Musaga neighbourhood of Bujumbura, Burundi. Photo: IRIN/Phil Moore (file)

In a separate dialogue, Fatsah Ouguergouz (Chair), Reine Alapini Gansou and Françoise Hampson, members of the Commission of Inquiry on Human Rights in Burundi presented their first oral briefing to the Council today, during which the experts expressed concern at “the scale and gravity of the human rights violations and abuses that have been brought to our attention.”

On the basis of a first series of interviews held with a range of sources, they said the trends observed in 2015 and 2016 appear to be continuing, including persistent allegations of violations of the right to life and physical integrity, notably an increase in enforced disappearances. Arrests, particularly of people suspected of participating in opposition groups, continue to be reported, as do allegations of torture.

The exercise of some civil liberties continues to be obstructed, especially following the adoption of restrictive new laws on non-governmental organizations. Most journalists, members of civil society and opposition parties who had fled in 2015 are still in exile, they added, also drawing attention to the practices of extortion and ransom, which appear to have increased following a weakening of the rule of law in the country.

“We are particularly concerned by the near-complete impunity enjoyed by those responsible for these violations. Even when victims or witnesses are able to identify suspected perpetrators, cases of prosecution of State agents, or those who appear to have their support, are rare,” they stated and reiterated their call to the Burundi Government to cooperate with the Commission. 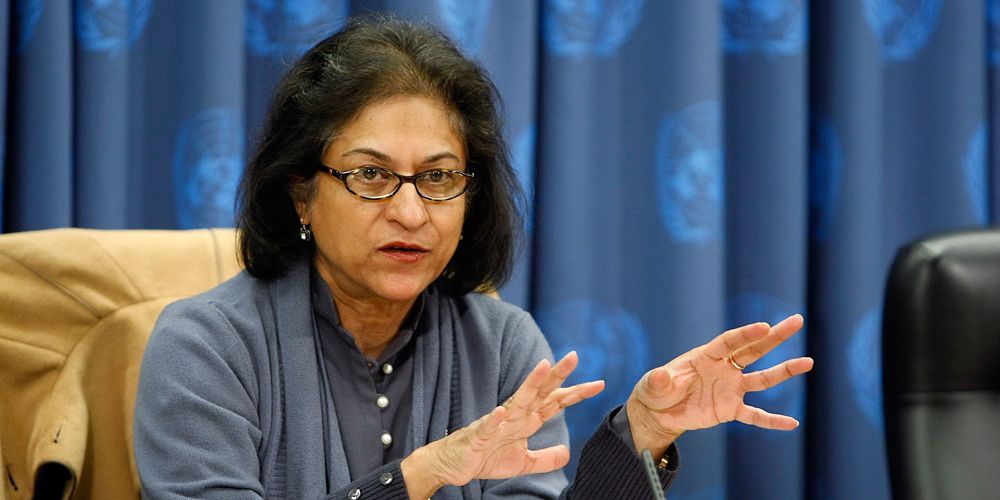 Iranian judiciary ‘neither independent nor free from influence’

In her briefing on the rights situation in Iran, Special Rapporteur Asma Jahangir underlined the importance of the independence of lawyers and legal professionals to protect human rights and ensure a fair administration of justice.

“[However] the judiciary in Iran is neither independent nor free from influence from the executive,” she said, noting concern that recent developments in this field, including a Bill, introduced last July, which, if adopted, could further undermine the independence of the lawyers.

“Broad and vague definition of certain offences, disrespect for the right of any accused to be promptly informed about charges against them, preventing the accused from freely choosing their legal representation are all contributing factors to violations of the right to fair trial and due process of law,” she added.

The Special Rapporteur also voiced concern over the use of torture and ill treatment, which remains legally condoned as well as a number of recent arrests of journalists, writers, social media activists and human rights defenders, in particular women’s rights activists, and called on the authorities take corrective measures.

“I am disturbed by the level of fear of those who try to communicate with me. Several interlocutors living outside and inside the country expressed fear of reprisals against them or their family members living inside the country,” said Ms. Jahangir.

In her briefing, the rights expert further spoke of a high number of executions in the country, including of juveniles executed once they turned 18; violence and harassment on religious grounds; and restrictions to women’s labour rights, sexual and reproductive health care services and their freedom of movement.