As the rights of women and girls around the world are being reduced and restricted, the United Nations today marked International Women's Day with calls for empowering and educating women and girls to reach gender equality in the work place.

In messages for the Day and events around the world, senior UN officials reflected on the significant impact of women's participation and contribution to the global economy, and international goal of reaching 50-50 equality in employment around the world by 2030.

“Around the world, tradition, cultural values and religion are being misused to curtail women's rights, to entrench sexism and defend misogynistic practices,” the Secretary-General said.

He underscored that denying women and girls their rights “is not only wrong in itself; it has serious social and economic impacts that hold us all back.”

Closing the gender gap, for example, would add $12 trillion to global gross domestic production (GDP) by 2025.

In her message, Phumzile Mlambo-Ngcuka, UN Women Executive Director, decried the lack of opportunities for women and girls, saying “too many women and girls spend too many hours on household responsibilities.”

VIDEO: Head of UN Women, Phumzile Mlambo-Ngcuka, spotlights importance of facilitating a more conducive environment for women in the workplace, noting that the international community should strive to make "the world of work" work for women.

She called for construing a different world of work for women: “As they grow up, girls must be exposed to a broad range of careers, and encouraged to make choices that lead beyond the traditional service and care options to jobs in industry, art, public service, modern agriculture and science,”

This change needs to start at home and in the first days of school, and include adjustments in parenting, curricula, educational settings and cultural stereotypes propagated in entertainment and advertising.

Ms. Mlambo-Ngcuka said women and girls must be ready to be part of a digital revolution and study science, technology and math if they are to compete successfully for high-paying new jobs. 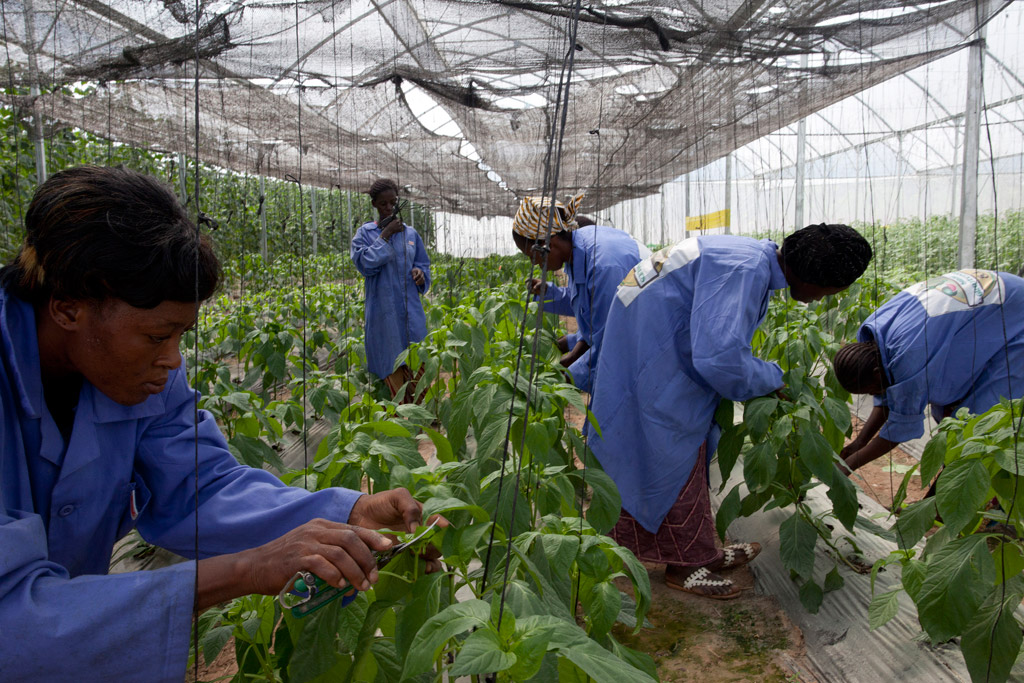 In Katibougou, outside Bamako, Mali, workers carefully clip plants in a greenhouse where watermelons, sweet peppers, tomatoes and other vegetables are grown. Photo: World Bank/Dominic Chavez

In her message, the head of the UN Educational, Scientific and Cultural Organization (UNESCO) said equality lies in destroying stereotypes. It “lies in ridding the media and collective imagination of prejudice by highlighting the women scientists, artists and politicians who are moving humanity forward in all fields,” Irina Bokova said.

She called on governments to invest in education and training, and allowing women to exercise their own choices when it comes to their bodies and their lives – just as men do.

“Everywhere, women and men are determined to change things, to denounce discrimination and demand genuine equality, and we must support and accompany them,” said Ms. Bokova.

“Join me today in celebrating the courageous and memorable contribution of women in all sectors of our society,” said Frederick Musiiwa Makamure Shava, President of the UN Economic and Social Council, in his message on the Day.

The United Nations human rights office today launched a joint report with the African Union and UN Women detailing the progress and challenges to women’s struggle for human rights in Africa, while the UN rights chief warned that the women’s movement around the world is facing a backlash that hurts both men and women.