A group of four indigenous elders opened proceedings today with prayers and blessings for around 1,000 delegates from across the Americas.

More than 50 countries and territories are represented at the forum, aiming to agree a Regional Action Plan by the time they wrap up their work on Thursday, on the Americas’ contribution towards the Sendai targets, which follow the timetable of the overall 2030 Sustainable Development Goals (SDGs).

Mr. Glasser also highlighted the impact of Hurricane Matthew, which ripped through the Caribbean in early October last year, causing widespread devastation to Haiti, including 546 deaths and losses estimated at $2.78 billion. 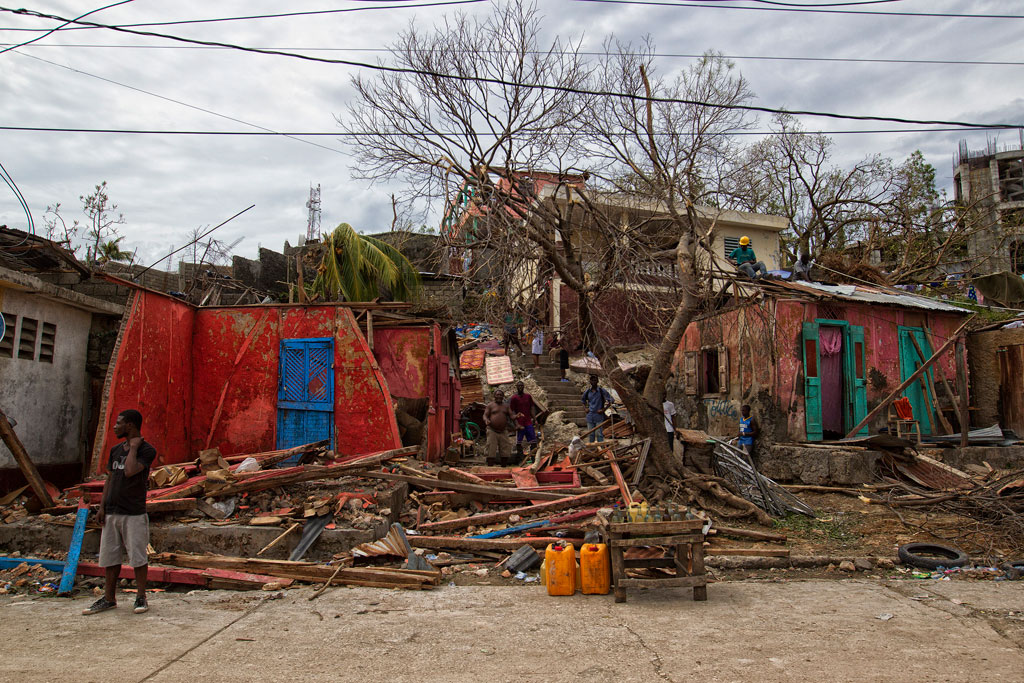 Clean up underway in Jeremie, Haiti, on Thursday 6 October 2016 following the passage of Hurricane Matthew on 4 October 2016. Photo: Logan Abassi/MINUSTAH

“Disaster events […] over the last 12 months in the Americas have highlighted how challenging it’s going to be to achieve those targets,” he said, noting that Matthew, the first Category 5 Atlantic hurricane in almost 10 years was a stern test of the region’s preparedness for an event – or something similar – that is likely occur more frequently in future as a result of climate change.

The UNISDR chief said it had been “heartening” to see the response in Central and South America especially to the “major slow onset disaster event” posed by the El Niño weather pattern of the past few years.

“It’s efforts such as these that we must now build on as we prepare to meet the first deadline of the Sendai Framework, the substantial increase in national and local disaster risk reduction strategies by 2020. These strategies will lay the foundations for a decade of concerted action on reducing disaster losses,” added Mr. Glasser.

The conference is due culminate with a Montreal Declaration that will go forward to the 2017 Global Platform on Disaster Risk Reduction, in Mexico, in May.

More than 1,000 delegates from across the Americas will meet this week at a United Nations-backed conference in the Canadian city of Montreal to agree a Regional Action Plan designed to reduce the loss of life due to disasters, both natural and man-made.