The head of the United Nations atomic energy agency today expressed serious concern about the nuclear programme of the Democratic People’s Republic of Korea (DPRK), as he also provided an update on the agency’s verification and monitoring activities in Iran.

“It is deeply regrettable that the DPRK has shown no indication that it is willing to comply with the UN Security Council resolutions adopted in response to its two nuclear tests last year,” said International Atomic Energy Agency (IAEA) Director General Yukiya Amano in his opening statement to a regular meeting of the agency’s Board of Governors.

“I again call upon the DPRK to comply fully with its obligations under Security Council resolutions, to cooperate promptly with the Agency, and to resolve all outstanding issues, including those that have arisen during the absence of Agency inspectors from the country,” he said.

According to news reports, it fired four ballistic missiles into the sea off Japan’s northwest on Monday.

On Iran’s implementation of its nuclear-related commitments under the Joint Comprehensive Plan of Action since January 2016, Mr. Amano said the IAEA is continuing evaluations regarding the absence of undeclared nuclear material and activities in that country. 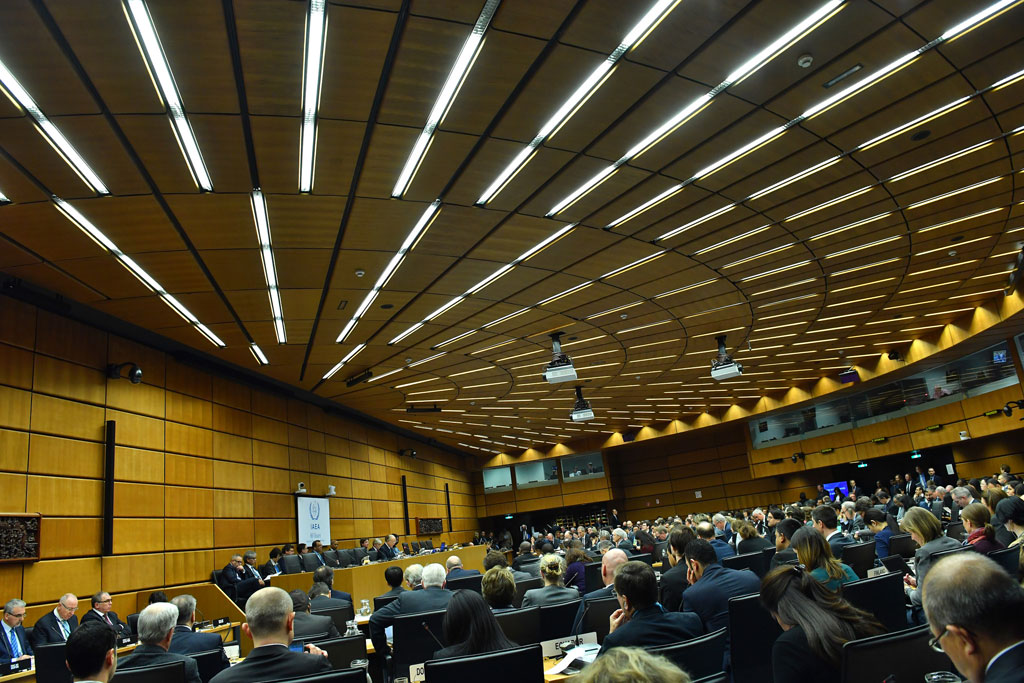 The Board, a policymaking body, meets five times a year at the IAEA headquarters in Vienna, Austria.

On nuclear safety and security, Mr. Amano emphasised the importance of building on the Action Plan for Nuclear Safety that was adopted following the accident at Japan’s Fukushima Daiichi that occurred when an earthquake and tsunami struck in 2011.

“We will consider ways of further strengthening our work in nuclear, radiation, transport and waste safety,” he said, adding that the IAEA will continue to focus on regulatory effectiveness, safety culture and capacity-building.

In that regard, he stressed the importance of a peer review process under the Convention on Nuclear Safety (CNS), drawing attention to the seventh review meeting of contracting parties to CNS that will take place in Vienna from 27 March to 7 April while encouraging all countries that have not yet done so to join the CNS.

On nuclear energy, Mr. Amano underscored the significant contribution of nuclear power to meeting the goal set under the Paris Agreement on Climate Change of holding the increase in global temperature well below 2°C above pre-industrial levels, and to achieving the Sustainable Development Goals (SDGs).

Secretary-General António Guterres and the United Nations Security Council today voiced strong opposition to the latest ballistic missile launch by the Democratic People's Republic of Korea, calling on Pyongyang to fully comply with its international obligations to denuclearize.