The United Nations focal point for ending conflict-related sexual violence is in Iraq where she today met with survivors of rape and other abuse by the Islamic State (ISIL).

The United Nations focal point for ending conflict-related sexual violence is in Iraq where she today met with survivors of rape and other abuse by the Islamic State (ISIL).

Zainab Hawa Bangura, the Special Representative of the Secretary-General on Sexual Violence in Conflict, visited the Girls and Women Support and Treatment Centre in Dohuk Governorate, northern Iraq. Accompanied by Gyorgy Busztin, the Deputy Secretary-General of the UN Assistance Mission in Iraq (UNAMI), she met with women and girls who had escaped from Mosul, where Iraqi forces launched an offensive two weeks ago to dislodge ISIL.

According to a press release, the Centre – a collaboration with the Dohuk Directorate General and in support from the UN Population Fund (UNFPA) – is “at the forefront of addressing the needs of the Yazidi sexual violence survivors,” including medical and psychosocial support.

ISIL has systematically targeted the Yazidi community with rape and other sexual violence, including sexual slavery and forced marriage, according to the Office of Ms. Bangura whose legal and investigative teams have been working to aid survivors from the community. 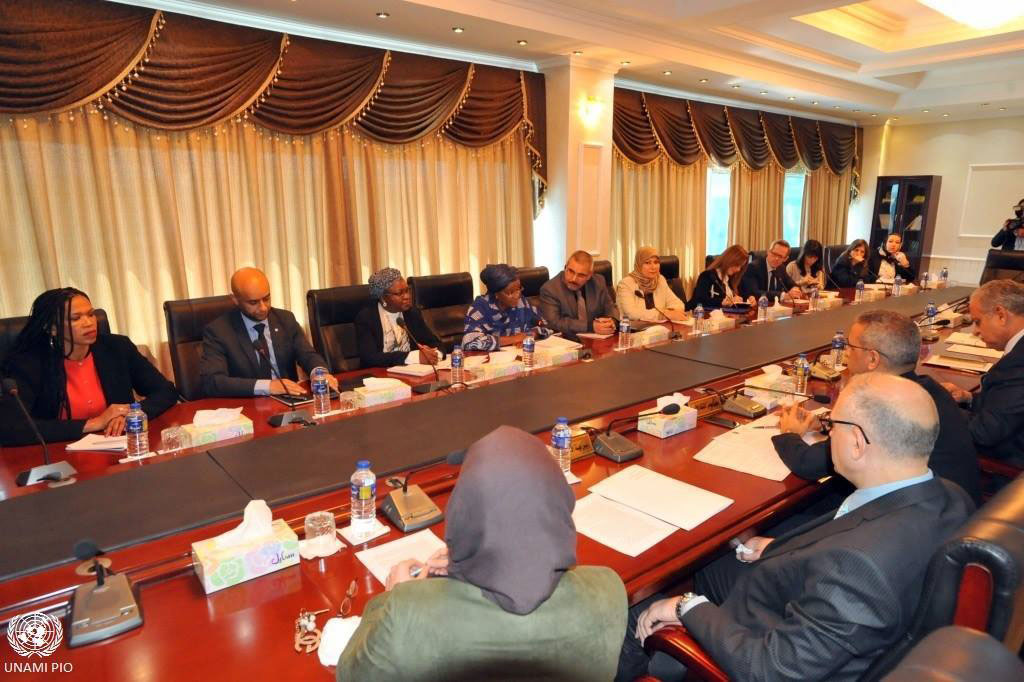 Special Representative of the Secretary-General on Sexual Violence in Conflict, Zainab Hawa Bangura, meeting with Faeq Zaidan, the Head of the High Judicial Council of Iraq. Photo: UNAMI

Ms. Bangura has repeatedly called for a multipronged approach from the global to the local levels, to aid the survivors and their families and help them reclaim a role in their community.

As part of her visit to Iraq, Ms. Bangura has discussed the need for such support with Prime Minister of the Kurdistan Regional Government, Nechervan Barzani. In addition, she held discussions with Jassim Mohammed Al-Jaf of the Ministry of Migration and Displaced and with Faed Zaidan, the head of the High Judicial Council of Iraq.

She also met with Sunni religious leaders to discuss reintegration of survivors of conflict-related sexual violence, and to ensure that children born of rape are not ostracized by the community.

♦ Receive daily updates directly in your inbox - Subscribe here to a topic.
♦ Download the UN News app for your iOS or Android devices.
rape|Iraq