FAO/Lieke Visser
Young boys head home after fishing for a day in the swamps of Nyal, South Sudan.
2 March 2017

Despite robust food supply conditions, droughts are worsening food security across swathes of East Africa, and access to food has been dramatically reduced in areas suffering civil conflicts, a new United Nations report has found.

“This is an unprecedented situation. Never before have we been faced with four threats of famine in multiple countries simultaneously,” Kostas Stamoulis, the Assistant Director-General of the Food and Agriculture Organization (FAO), said in a news release issued today, noting that famine has been formally declared in South Sudan, and the food security situation is of grave concern in northern Nigeria, Somalia and Yemen.

According to the new edition of FAO’s Crop Prospects and Food Situation report, some 37 countries require external assistance for food, 28 of them in Africa as a result of lingering effects of last year’s El Niño-triggered droughts on harvests in 2016.

In South Sudan, 100,000 people were facing famine in Leer and Mayendit Counties, part of former Unity state. Overall, about 4.9 million people across the country were classified as facing crisis, emergency or famine.

In Yemen, 17 million people, or two-thirds of the population, are estimated to be food insecure. The report notes that “the risk of famine declaration in the country is very high.”

Conflicts and civil unrest in Afghanistan, Burundi, the Central African Republic, the Democratic Republic of the Congo, Iraq, Myanmar and Syria are also exacerbating food insecurity conditions for millions of people as well as affecting nearby countries hosting refugees.

The report says, however, global food supply conditions are robust. 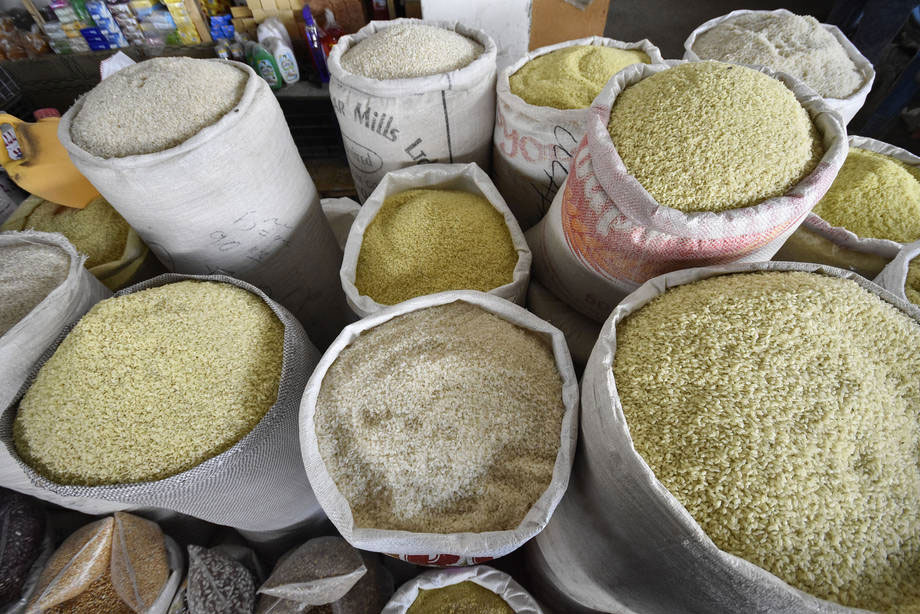 Various types of rice at a market in Hissar, Tajikistan. Photo: FAO/Nozim Kalandarov

Cereal production made quite strong gains in the world overall in 2016, with a record recovery in Central America, and larger cereal crops in Asia, Europe and North America.

Prospects are favourable for the 2017 maize crop in Brazil and Argentina and the outlook is generally positive for coarse grains throughout the Southern Hemisphere. Prospects for rice are mixed, but it is still too early to make firm predictions for many of the world’s major crops.

Maize harvests in Southern Africa, slashed by El Niño, are forecast to recover this year, with South Africa’s output expected to increase by more than 50 per cent from 2016.

Although FAO’s first global wheat production forecast for 2017 points to a 1.8 per cent decline from last year’s record level, that is due mostly to a projected 20 per cent output drop in the United States.