UN Photo/Jean-Marc Ferré
High Commissioner for Human Rights Zeid Ra’ad Al Hussein, at a panel discussion on the death penalty and the prohibition of torture and other cruel, inhuman or degrading treatment or punishment, at the 34th Session of the Human Rights Council. 1 March 2017.
1 March 2017
Human Rights

The United Nations human rights chief today reiterated his call to abolish the death penalty as it raises serious issues in relation to the dignity and rights of all human beings, including the right to life and the right not to be subjected to torture or to cruel, inhuman or degrading treatment.

“International and national bodies have determined that several methods of execution are likely to violate the prohibition of torture, because of the pain and suffering they are likely to inflict on the convicted person,” said UN High Commissioner for Human Rights Zeid Ra'ad Al Hussein, at the opening of the biennial high-level panel discussion on the death penalty, which was organized as part of the Human Rights Council’s current session.

“Studies of the severe pain and suffering caused by other methods has continued to extend this list, to the point where it has become increasingly difficult for a State to impose the death penalty without violating international human rights law,” he stated.

He added that the long and highly stressful period that most individuals endure while waiting on ‘death row’ for years, or even decades, and frequently in isolation, for an uncertain outcome, has also been referenced as constituting torture or cruel, inhuman or degrading treatment.

This “death row phenomenon” has been recognized by the UN Human Rights Committee and other bodies at the international, regional and domestic levels, as well as by the California Supreme Court.

When the authorities fail to give adequate information about the timing of executions, they keep not only the convicted person but also his children and other family members in permanent anticipation of imminent death, he explained. 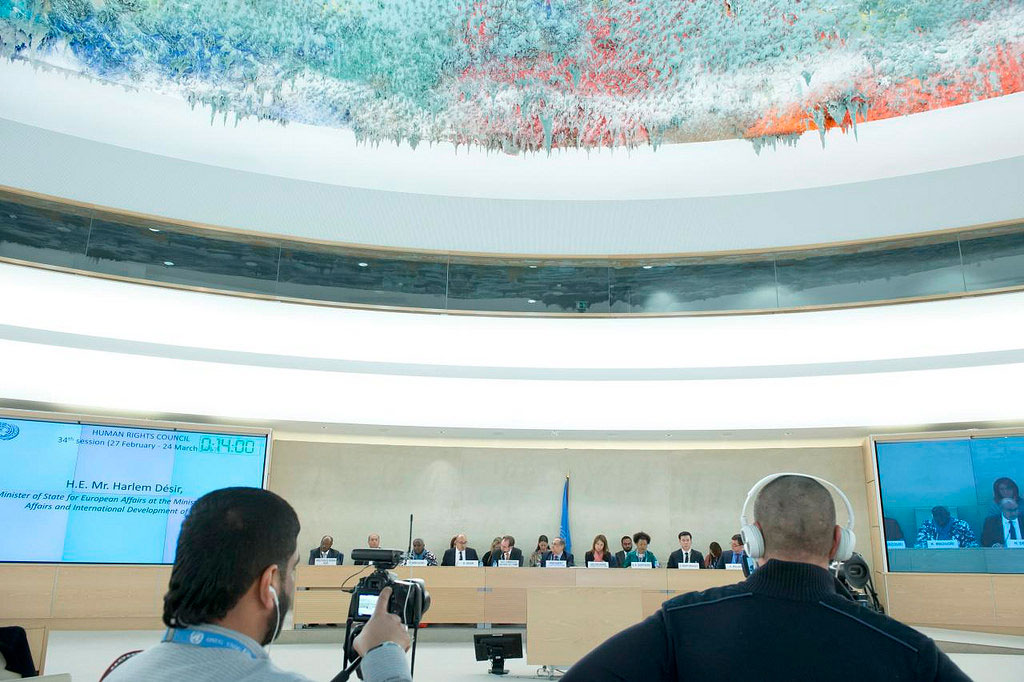 “The severe mental and physical suffering which are inflicted by capital punishment on the person concerned and family members should now be added to the weight of the argument,” Mr. Zeid said, explaining that this is another reason why the death penalty should be abolished, besides its capricious and often discriminatory application and its failure to demonstrate any deterrent effect beyond that of other punishments.

The UN rights chief recalled that a former Special Rapporteur has recommended that the Human Rights Council request a comprehensive legal study regarding the emergence of a customary norm according to which the death penalty constitutes torture or other cruel, inhuman or degrading treatment or punishment.

It has been 10 years since the General Assembly resolution of December 2007 which urged States to adopt a moratorium on the use of the death penalty, with a view towards its full abolition.

Over this decade, the global trend against capital punishment has become increasingly strong, with almost three out of four countries now having either abolished it or stopped practicing it.

However, the overall number of executions in States that continue to resort to the death penalty has increased in the last two years, and some States in which a moratorium had been in place for many years have recently resumed executions.

“I take this opportunity, once again to urge all States to end use of the death penalty,” Mr. Zeid said.