Policy makers, activists and private sector representatives from over 80 countries will join gaming experts and simulators tomorrow in Bonn, Germany, at the start of the first “playable” sustainable development conference organized by the United Nations and partners.

“The whole concept is taken from the great experience that the UN was able to participate in with the designing of the SDGs […] ‘let’s ask everybody what should be in the next agenda,’” Mr. Toomey told UN News.

“By opening a lot of different channels, including the My World Survey and The World We Want […] over 10 million people eventually became involved in that process,” he added.

Organized in Bonn, Germany, from 1-3 March, the Festival will see participants transform into “active players” to come up with new ideas on addressing global challenges.

Using the gaming app 2030 Hive Mind – a real-time policy simulation application – participants will explore collaboration to achieve the SDGs by 2030. They will also have to make tough choices and trade-offs along the way.

The idea to use the gaming app came from the need to “stay serious” in tackling development challenges and the importance of engaging and being approachable, explained Mr. Toomey. 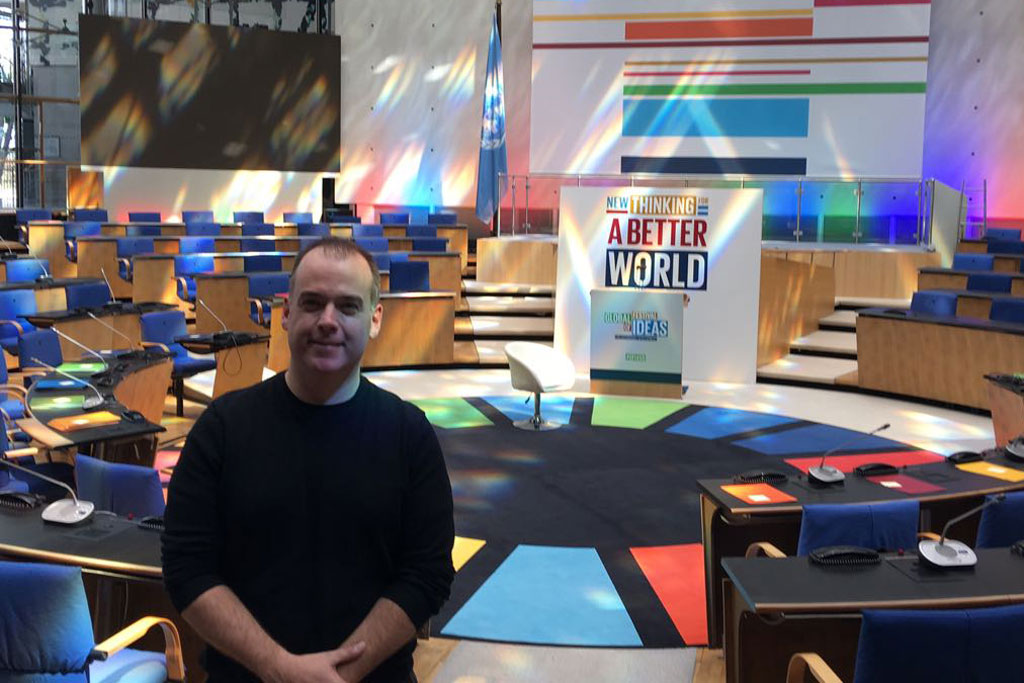 “[The app is] very interesting as it relies on people coming together, sharing what they know, trading policies and advice, collaborating, bringing good ideas to crescendo by getting enough people to think about them and support them at the same time,” he added.

“The goal is to provide a way to develop policies, but also to campaign around that, by walking around the event and making sure others are supporting the policies that you are, and those who do that the best will get the best scores.”

The introduction of the app also aims to engage with everyone on the topic of sustainable development and SDGs so that the goals don’t remain in the policy domain alone and to encourage everyone to take part in the issue.

The festival also features a virtual reality zone (VRZone) to showcase, in 360-degrees, content produced across the UN system and to tell stories that inspire and generate empathy, action and positive social change. The series provides a deeper understanding for those living in the most complex development challenges, catalysing urgency for those most in danger of being left behind if the SDGs are not met.

The Global Festival of Ideas, the first in a series of annual forums, is hosted by the UN SDG Action Campaign in partnership with the Overseas Development Institute (ODI) with the support of the German Government.

Energy and green issues the focus for Ban’s visit to Norway, Denmark and Sweden

Together with the Government of Germany, the United Nations SDG Action Campaign offered a behind-the-scenes tour of the Global Campaign Center in Bonn, a new hub that will deliver on the Campaign’s mandate to inspire action on the Sustainable Development Goals (SDGs).