WFP/Marco Frattini
People living in the Melia IDP camp, Lake Chad, receiving WFP food. Most of the displaced come from the Lake Chad islands, that have been abandoned because of insecurity.

24 February 2017
Giving voice to people affected by conflict and crises in Africa’s Lake Chad Basin, a global United Nations-supported humanitarian conference in Oslo today generated more than $670 million in pledges that will help sustain critical relief operations over the next two years and beyond across four counties where millions are in need of aid.

Formally known as the Oslo Humanitarian Conference on Nigeria and the Lake Chad Region, the donors forum also agreed on the need to address longer-term development requirements and to seek durable solutions for the crisis-hit countries in the vast Basin-region: Nigeria, Chad, Niger and Cameroon.

“But there is another future within grasp: as the international community scales up support, we can stop a further descent into an ever-deepening crisis with unimaginable consequences for millions of people,” he added.

According to UN estimates, about 17 million people are living in the most affected areas across the four countries. Of them, some 10.7 million people are in need of immediate humanitarian assistance, with 8.5 million in north-eastern Nigeria alone, having been made witness to years of violence as a result of Boko Haram’s insurgency.

The region is also threated by famine, with children at heighted risk of severe acute malnutrition.

With today’s pledges, humanitarians can now concentrate on saving lives and help those in urgent need [...] In the long run, we have to strengthen our partnership with the countries involved to address the root causes of terror, displacement and povertySigmar Gabriel, Foreign Minister of Germany

The resources pledged at the conference will help scale up responses to reach the most vulnerable people with a special attention focused on the protection needs of women, children and youth, as well as the need for longer-term support and durable solutions for the displaced populations.

Expressing appreciation for the contributions, Mr. O’Brien said: “The UN and our partners are ready and mobilised to further scale up our life-saving response – the people in the region have no time to wait.”

The Spokesman for UN Secretary-General António Guterres said the UN chief welcomed the donor pledges made today, and stressed the need for sustained support to humanitarian, human rights, development and security needs in the region.

With return movements of internally displaced people – some 950,000 since August 2015 – and refugee returnees from neighbouring countries under way in Borno, Adamawa and Yobe states in north-eastern Nigeria, the Office of the UN High Commissioner for Refugees (UNHCR) co-presented with the Government of Nigeria, a paper outlining a vision in Oslo for ensuring protection, access and lasting solutions for them.

It is of critical importance also to enhance the protection of women and girls [...] and ensure that women are involved in processes related to peace and development in the regionBorge Brende, Foreign Minister of Norway

“The two strategies of protection and solutions should go hand in hand. To do this we need access […] this is the very big challenge,” stressed UN High Commissioner for Refugees Filippo Grandi, who also attended the conference.

The paper also noted that many protection issues in areas of displacement and potential return can contribute to violence and instability, and advocated for prioritizing measures to ensure physical security, freedom of movement and humanitarian access.

The document also proposed strengthened response to sexual and gender-based violence as well as protection of children from violence exploitation and abuse. 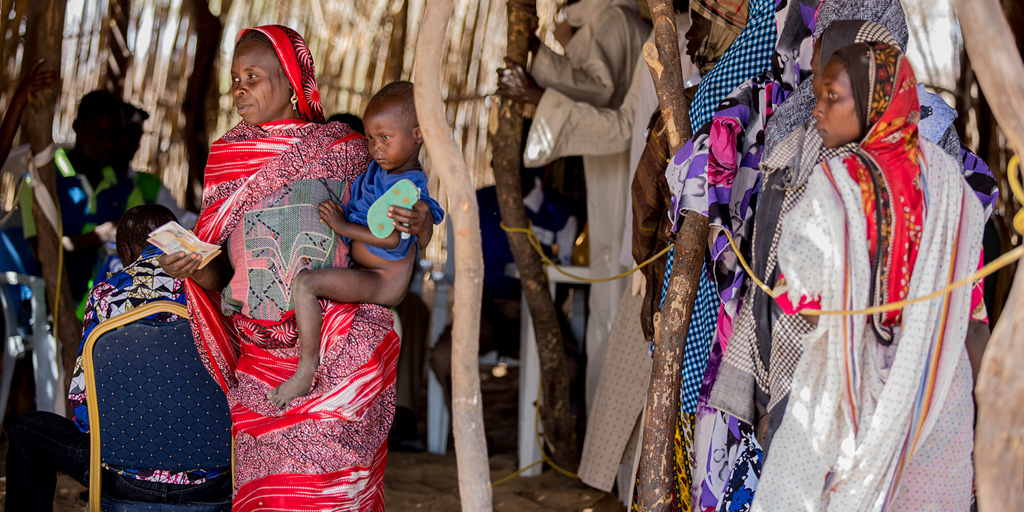 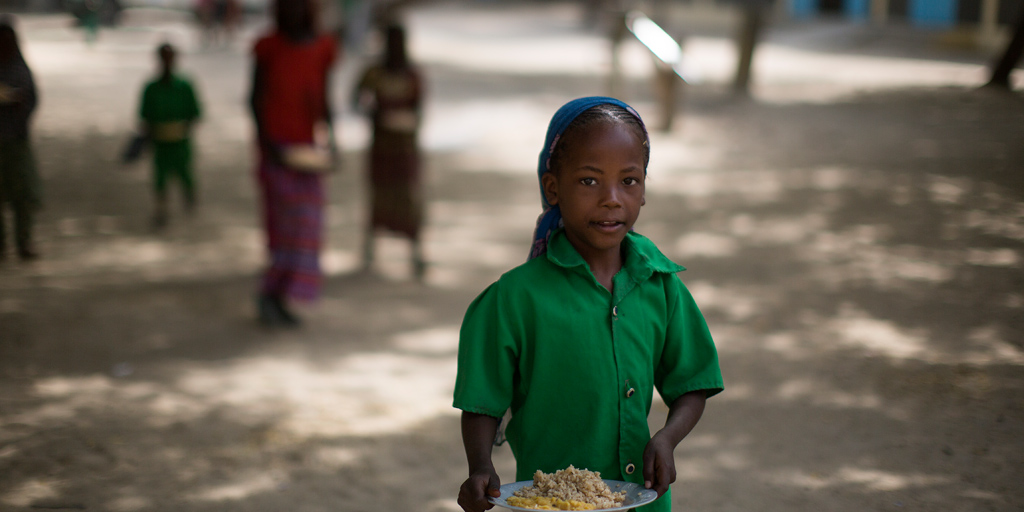 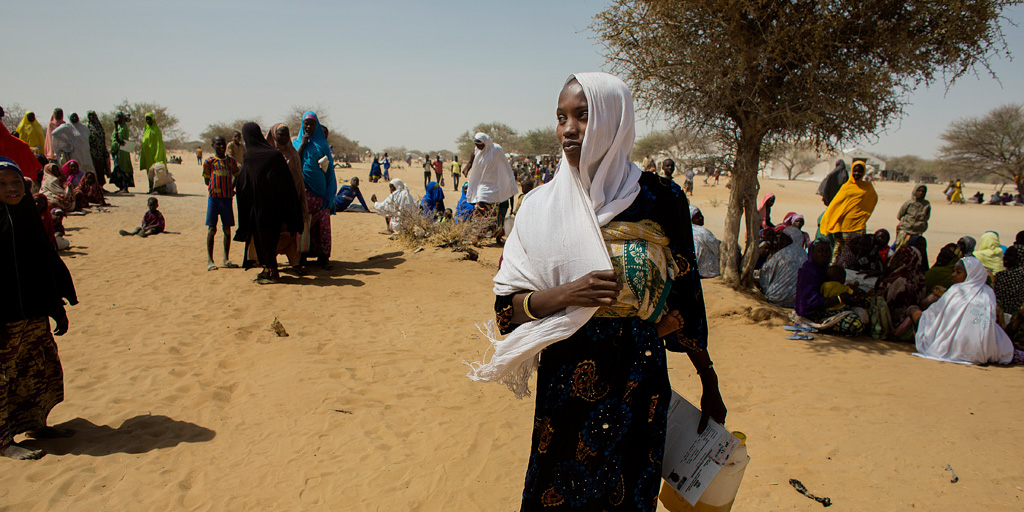 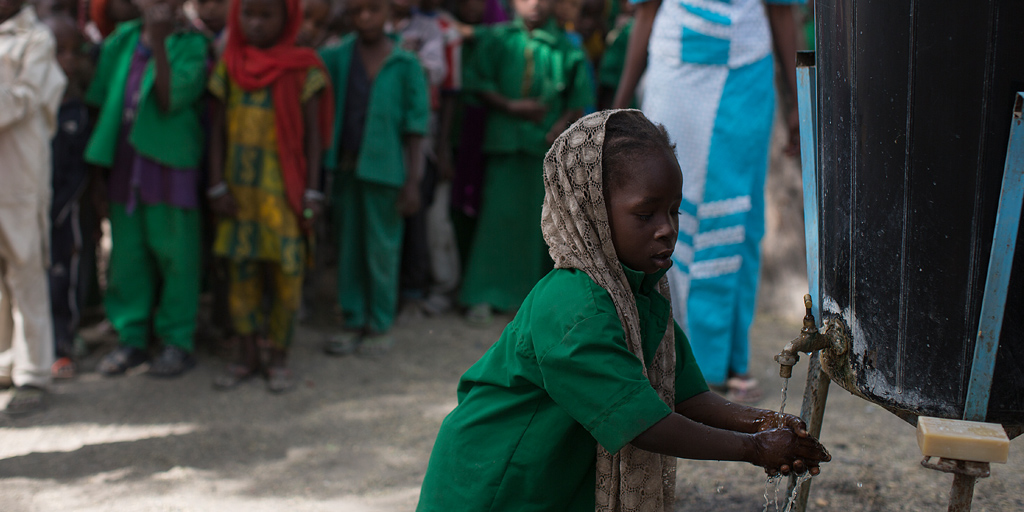 UN Food and Agriculture Organization (FAO), one of the UN agencies attending the conference, underscored that the response efforts should focus on providing relief from the looming famine, as well as enabling people to return to a dignified life.

While the [Nigerian] Government is committing significant budget to confront the security and humanitarian situation arising from the insurgency, we also need all the help and support we can get from the international communityGeoffrey Onyeama, Foreign Minister of Nigeria

“Supporting agriculture is the key to both,” highlighted Dominique Burgeon, Director of FAO Emergency and Rehabilitation Division, noting that supporting farmers to cultivate food would help freeing many from being trapped in cycles of severe hunger.

Similarly, the UN World Health Organization (WHO), represented at the conference by Rick Brennan, Director of WHO Emergency Operations, highlighted that the crisis in the region is also a public health crisis “with rates of death, malnutrition and disease rarely seen over the past 20 years.”

“Between malnutrition and death, there is always disease,” explained the WHO official, adding: “Malnutrition lowers the body’s capacity to fight infection […] A malnourished child is far more prone to contract an infectious disease such as pneumonia, diarrhoea and measles – and then to die from that disease.”

Meanwhile, the UN Children’s Fund (UNICEF) Goodwill Ambassador Orlando Bloom, this week travelled to south-east Niger where he highlighted the impacts of the ongoing crisis on hundreds of thousands of children, driven from their homes, out of education and at the risk of malnutrition. 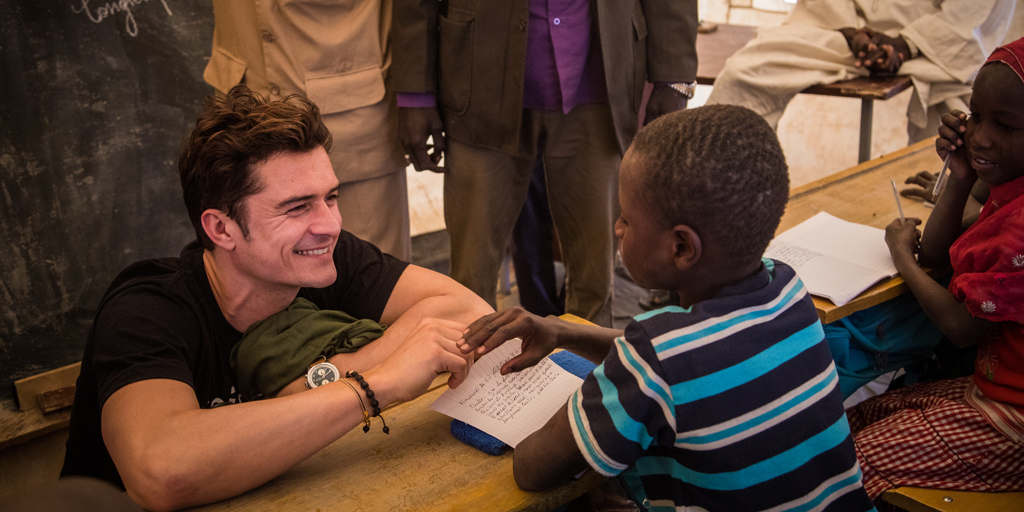 UNICEF Goodwill Ambassador Orlando Bloom speaks with a child at a temporary learning space at a camp for internally displaced people in Ngagam, near Diffa, Niger. February 2017. Photo: UNICEF/Tremeau

“As a father, it is hard for me to imagine how many of these children are caught up in this conflict. During my trip I have heard dreadful stories about children fleeing on foot, leaving everything behind, including the safety of their homes and classrooms,” said Mr. Bloom.

During his visit, the renowned actor also visited Bosso (near the Niger-Nigeria border) where he met with families and children displaced by Boko Haram violence.

“This visit has been extremely moving. Every single child I met is affected by this conflict and in desperate need of basic services such as clean water, psychological care and education to help them recover from the atrocities they have suffered and witnessed. They deserve a childhood,” said Bloom. 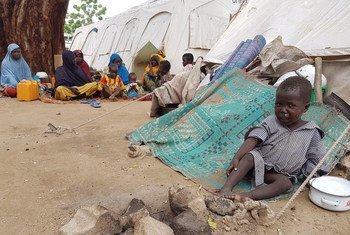 23 February 2017
Ahead of a major donors conference in the Norwegian capital, Oslo, seeking to generate global action to tackle the complex crisis in Africa’s Lake Chad Basin, the top United Nations relief official highlighted that investing in support for the region will in turn help strengthen broader security around the world for all to benefit.