Radio has never been so dynamic, engaging and important in the midst of deep change in ways to share and access information, the UN Educational, Scientific and Cultural Organization (UNESCO) said today, World Radio Day.

“At a time of turbulence, radio provides an enduring platform to bring communities together,” said UNESCO Director-General Irina Bokova in her message on the Day.

“On the way to work, in our homes, offices and fields, in times of peace, conflict and emergencies, radio remains a crucial source of information and knowledge, spanning generations and cultures, inspiring us with the wealth of humanity's diversity, and connecting us with the world,” she said.

Radio is a force for human rights and dignity and a powerful enabler of solutions to the challenges all societies face, she said, calling for nurturing the power of radio to foster the conversations and the listening needed for cooperation to tackle the challenges all humanity faces.

Radio plays an important role in taking forward the 2030 Agenda for Sustainable Development, advancing fundamental freedoms and bolstering good governance and the rule of law. It can help tackle new challenges, such as climate change and discrimination, by providing an accessible and real-time medium to bridge divides and strengthen dialogue.

This requires a new commitment by all, including broadcasters, regulators and audiences, she said, noting that radio can provide “a beacon” for innovative solutions to local problems, and continue to advance human rights, gender equality, dialogue and peace.

Ten things you may not know about UN Radio 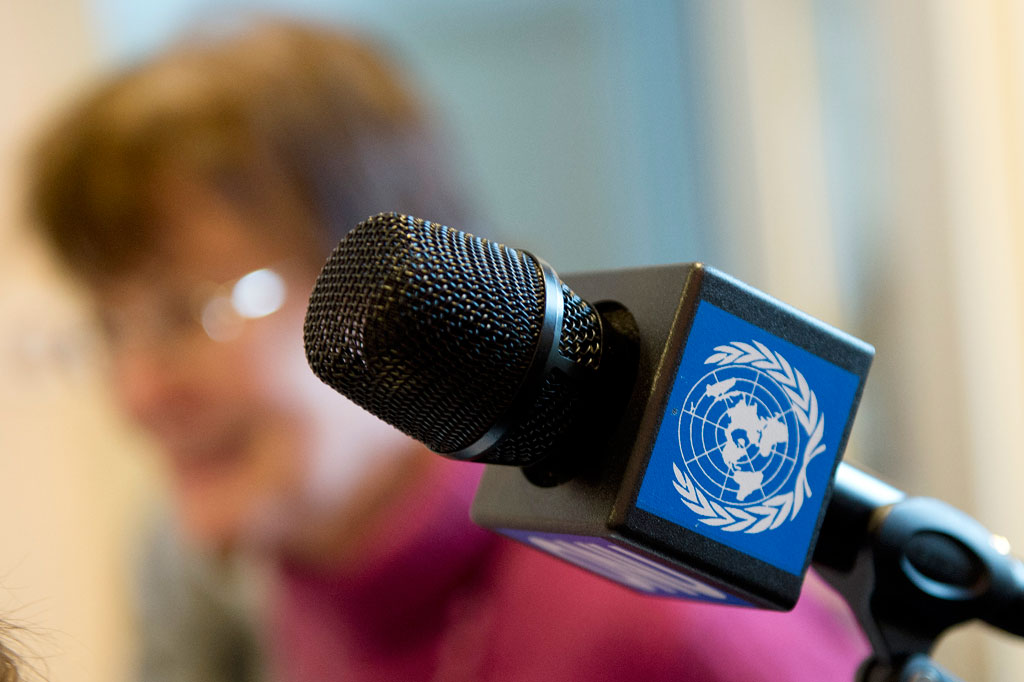 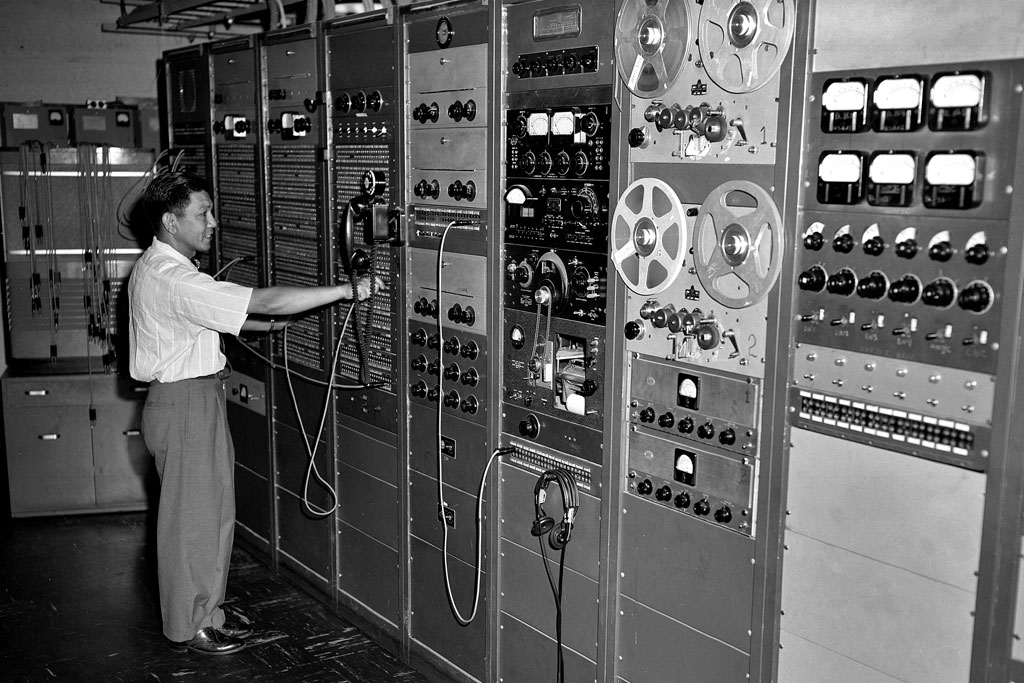 It has been the right hand of the UN since 1946 – a few months after the Organization was established – and has stayed tuned to the times, evolving from shortwave transmissions to digital equipment with sound-cloud access and a social media presence… a far cry from the 1957 radio master control room above. UN Photo/Jean-Marc Ferré 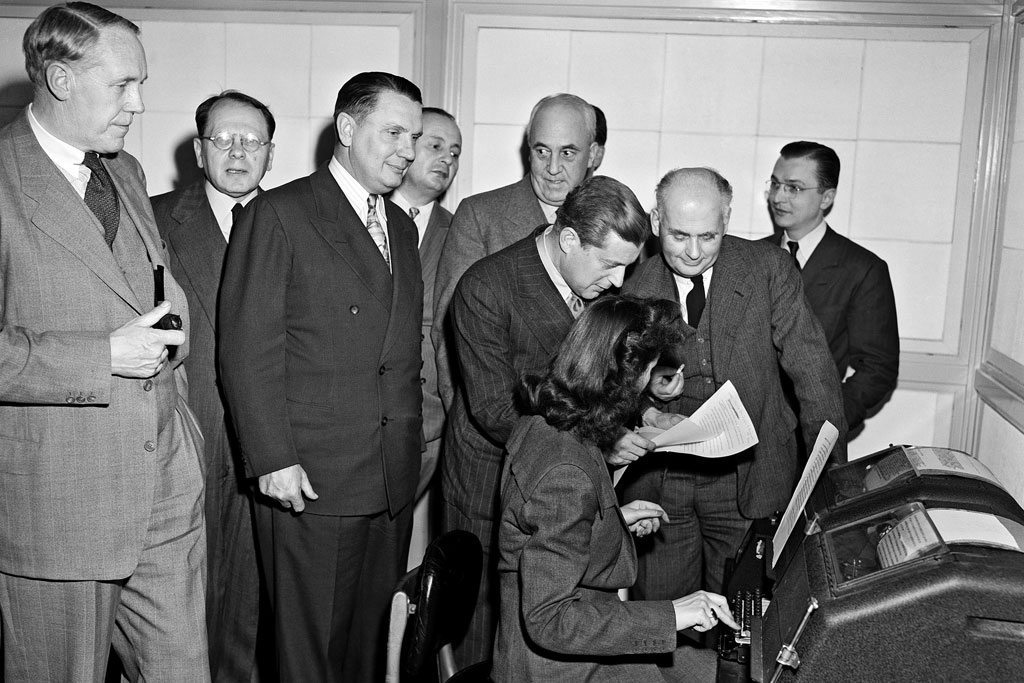 UN Radio transmitted its first call sign: “This is the United Nations calling the peoples of the world” from a makeshift studio at UN Headquarters in Lake Success, New York. UN Photo 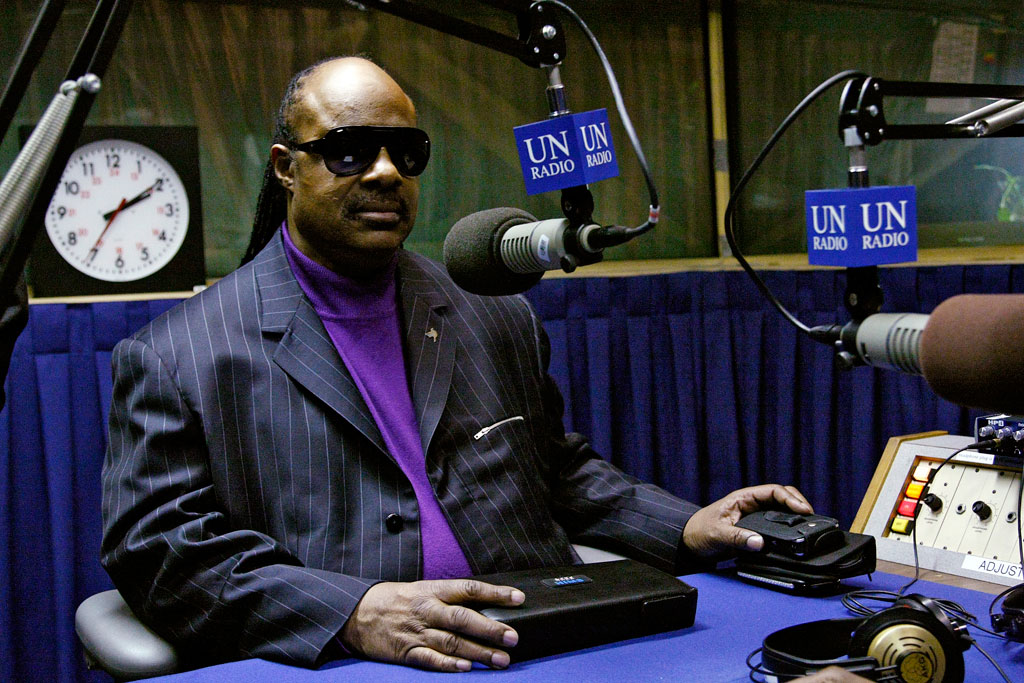 Since it covers the work of the United Nations throughout the world, daily content can be heard in Arabic, Chinese, English, French, Russian and Spanish as well as Kiswahili and Portuguese – each language with its own website. In 2009, newly-appointed UN Messenger of Peace Stevie Wonder spoke to audiences globally. UN Photo/Paulo Filgueiras 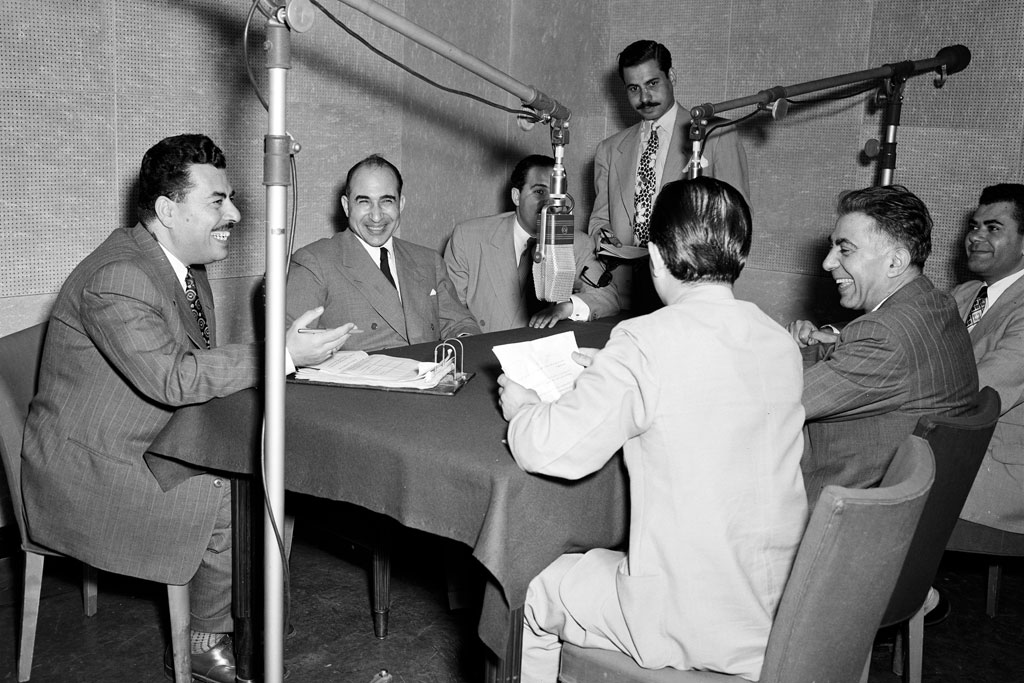 As reports are often rebroadcast by hundreds of partners globally, one may hear UN Radio stories on their local radio station. In this 1956 photo, Ambassador Mahmoud Fawzi Bey, Egypt’s UN Ambassador, broadcasts to his country from a UN Radio studio in Lake Success, New York. UN Photo/CK 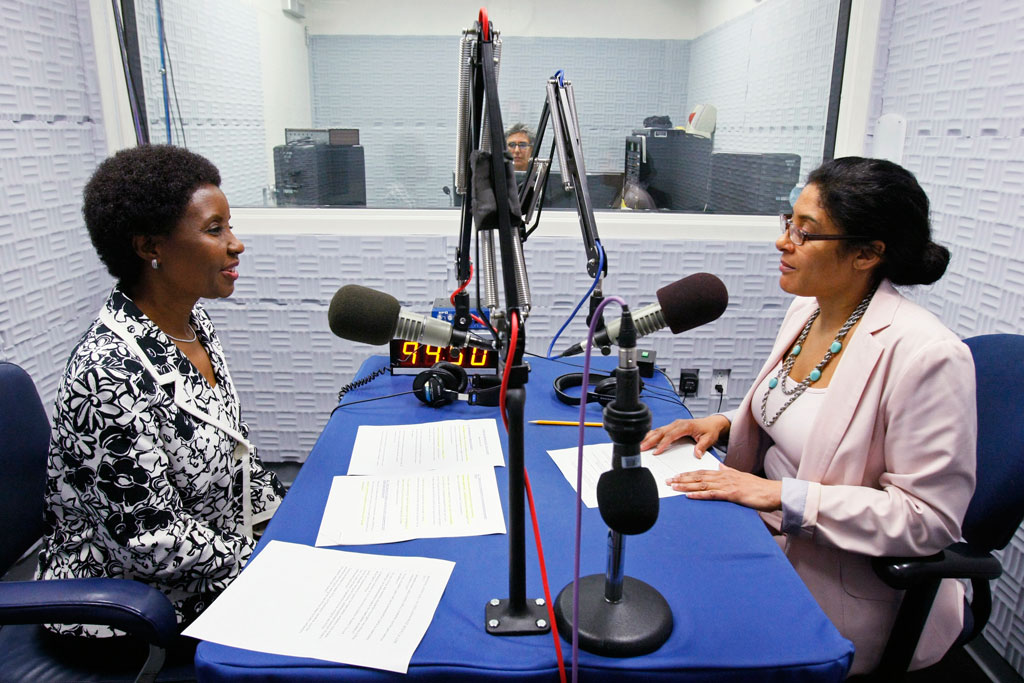 From Monday through Friday, UN Radio broadcasts, on average, 10-minute programmes along with news bulletins, features and interviews. Prior to the 2011 African Union Summit in Equatorial Guinea, the English and Kiswahili UN Radio units interviewed Deputy Secretary-General Asha-Rose Migiro (on the left) on the theme "Accelerating Youth Empowerment for Sustainable Development." UN Photo/JC McIlwaine 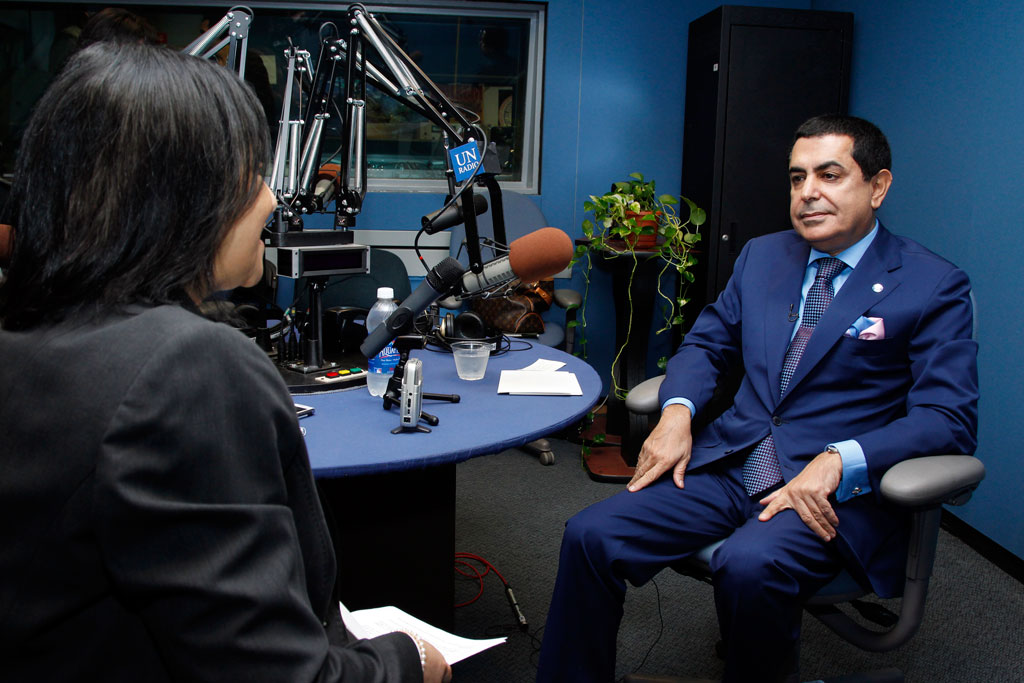 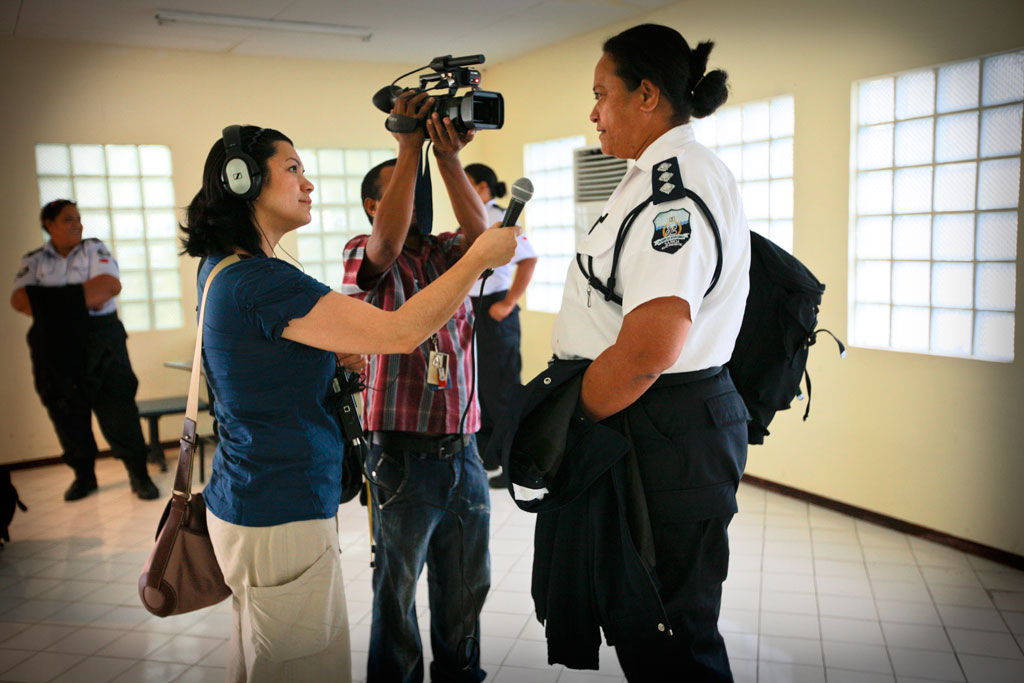 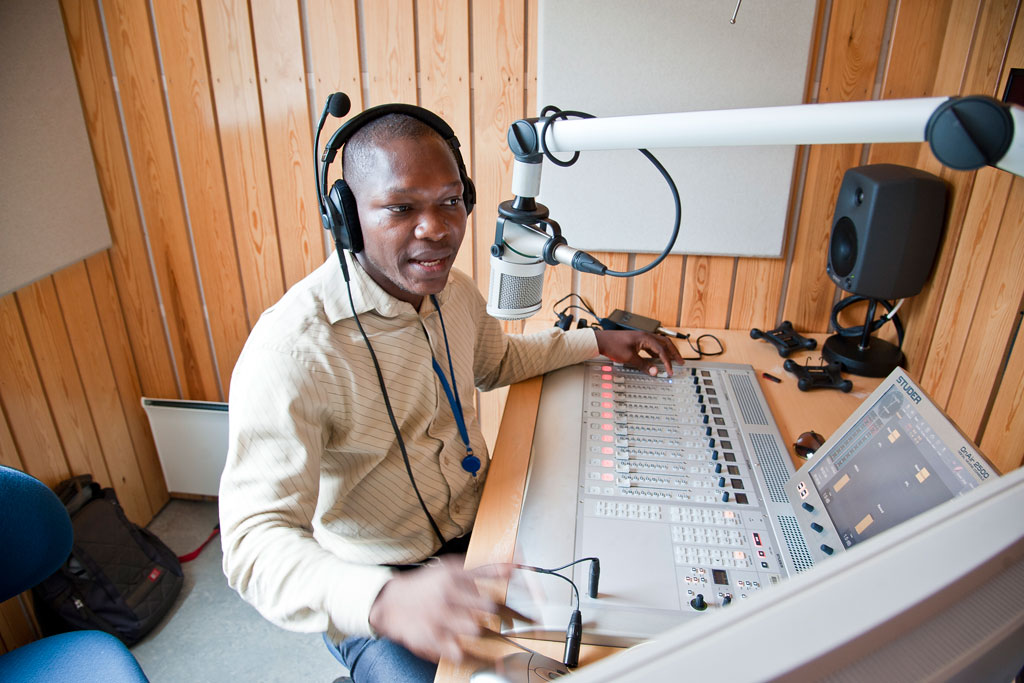 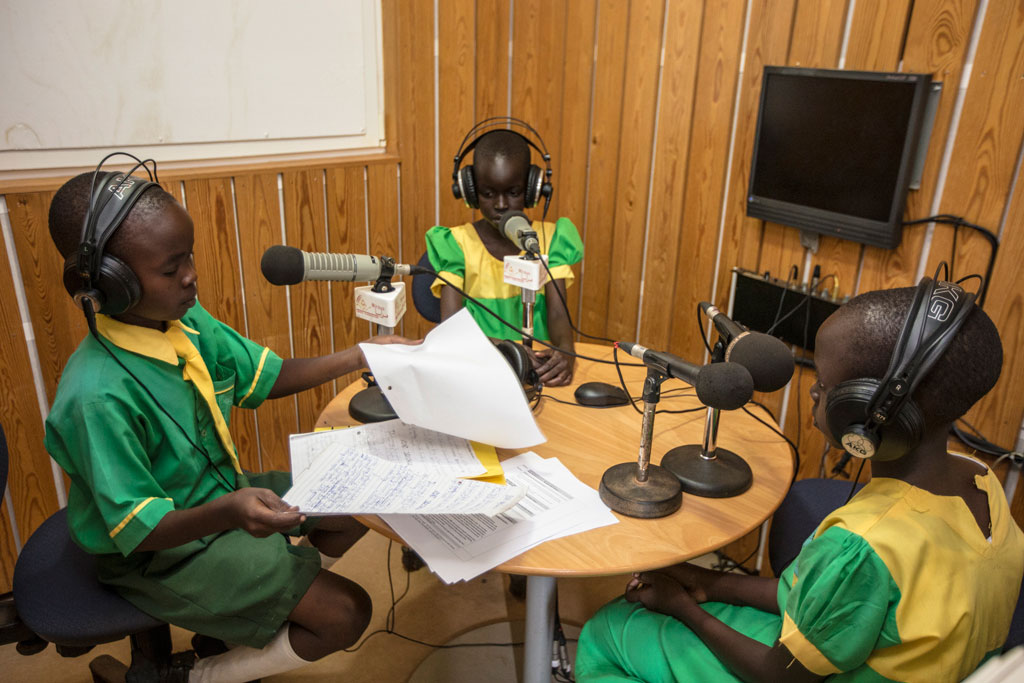 To commemorate the Day of the African Child, UN Radio Miraya, run by the UN Mission in South Sudan, gave children the airwaves – allowing students to co-host as radio announcers – starting early in the morning with the a two-hour breakfast show programme and continuing with the news.

♦ Receive daily updates directly in your inbox - Subscribe here to a topic.
♦ Download the UN News app for your iOS or Android devices.
Press

On World Radio Day, UN officials urge use of radio as 'lifeline' in human progress

The international community should strive to find ways for radio to do even more to help people during responses to the increasing number of emergencies and disasters facing the world, top United Nations officials said today, ahead of World Radio Day, celebrated each year on 13 February.