“For too long, discriminatory stereotypes have prevented women and girls from having equal access to education in science, technology, engineering and math (STEM),” said Mr. Guterres in his message for International Day of Women and Girls in Science, marked annually on 11 February.

“As a trained engineer and former teacher, I know that these stereotypes are flat wrong,” he said, explaining that they deny women and girls the chance to realize their potential – and deprive the world of the ingenuity and innovation of half the population.

“On this International Day, I urge commitment to end bias, greater investments in STEM education for all women and girls as well as opportunities for their careers and longer-term professional advancement so that all can benefit from their ground-breaking future contributions,” he said.

Earlier this week, the UN Educational, Scientific and Cultural Organization released its UNESCO Science Report: Towards 2030.

'Female engineers and computer programmers wanted,' is the main message of the report, which shows that women are increasingly graduating with life science degrees, but still rare in engineering and computer science, especially in developed economies.

“An analysis of computer science shows a steady decrease in female graduates since 2000 that is particularly marked in high-income countries,” it states.

The share of women graduates in computer science between 2000 and 2012 slipped in Australia, New Zealand, the Republic of Korea and the United States, as well as in Latin America and the Caribbean.

“This should be a wake-up call,” UNESCO said. “Female participation is falling in a field that is expanding globally as its importance for national economies grows, penetrating every aspect of daily life.”

The share of women working as engineers is also higher in some developing countries, with increases observed in sub-Saharan and Arab countries. Women in the United Arab Emirates, for example, have benefited from national polities that promote training and employment of Emirati citizens, and in particular women.

In her message on the Day, UNESCO Director-General Irina Bokova called for empowering women and girls to learn and research.

“We must raise awareness about the work of women scientists by providing equal opportunities for their participation and leadership in a broad spectrum of high-level scientific bodies and events,” Ms. Bokova said, calling also for mentoring opportunities for women.

In 2016, UNESCO and the L'Oréal Foundation launched the manifesto For Women in Science, to engage governments and stakeholders in promoting the full participation of girls and women in science.

For its part, UN Women noted that science and technology offer unique opportunities for women and girls to overcome a number of the barriers they typically face. For example: mobile money has empowered and transformed the lives of millions of women previously thought to be “unbankable” by enabling them to directly access financial products and services.

Women with skills in science and technological fields can help improve vital infrastructure such as water and power supply, and in doing so ease the responsibilities that women and girls carry of providing unpaid care work for the household.

Similarly, Internet and mobile technology can help bridge barriers to education for the 32 million girls who are out of school at the primary level and the 29 million at the lower secondary level, explained the main UN entity on women's empowerment and gender equality. 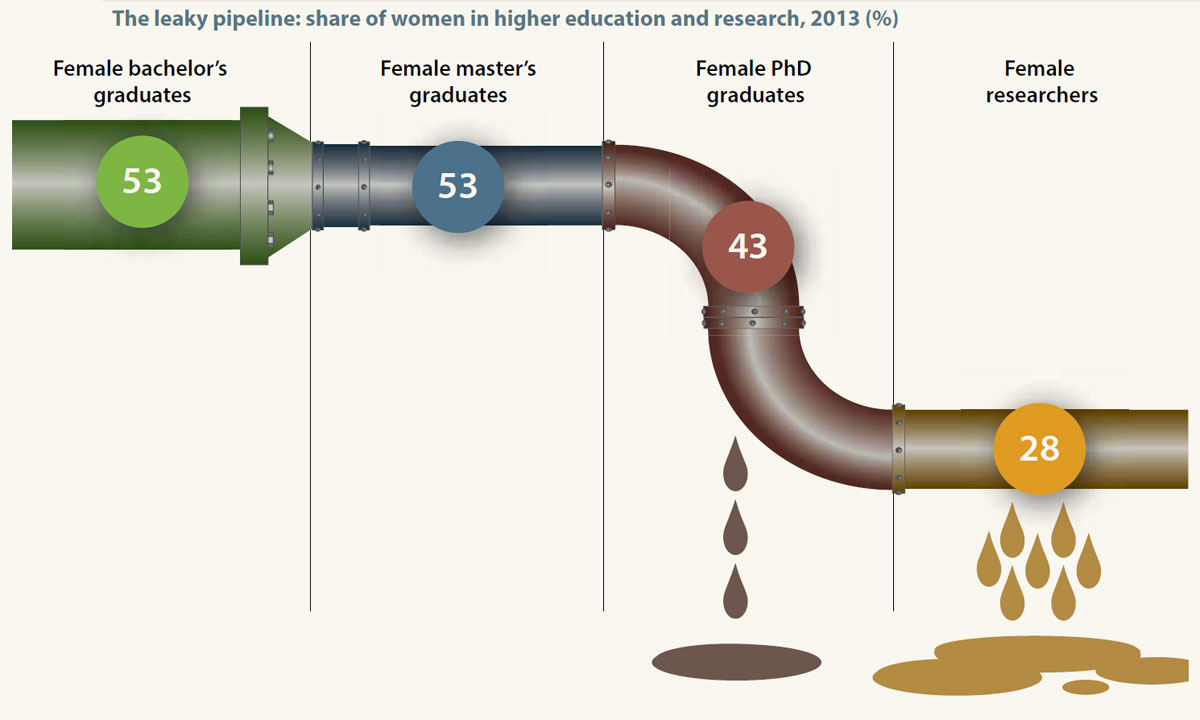 Source: UNESCO Institute for Statistics estimates based on data from its database, July 2015

Encouraging women to do research

Women now account for 53 per cent of world's bachelor's and master's graduates in science and 43 per cent of PhDs, according to the UNESCO report. Since 2000, there has been a steady increase in female graduates in agricultural sciences, likely driven by an emphasis on national food security and the food industry.

In sub-Saharan Africa, for instance, female graduates in agricultural science have been increasing steadily, with women comprising 40 per cent or more of graduates in Lesotho, Madagascar, Mozambique, Namibia, Sierra Leone, South Africa, Swaziland and Zimbabwe.

Medicine is also a field increasingly popular with women, with six out of 10 researchers being women in both medical and agricultural sciences in Belarus and New Zealand, for instance.

In research, however, women still lag men at 28 per cent. The figure fluctuates geographically with women in Southeast Europe are on par with men, and at 44 per cent in Central Asia, Latin America and the Caribbean. According to the report, the numbers are particularly low in the European Union, sub-Saharan Africa and South Asia.

To encourage women and girls to study and work in science, technology, engineering and mathematics (STEM), the UN has organized a number of events around the world.

In New York, a high-level event is underway today tying gender, science and the 17 Sustainable Development Goals (SDGs). The event was organized with support from the Government of Malta, as the president of the Council of the European Union.

AUDIO: American astronaut Peggy Whitson is making history as the first woman ever to command two missions aboard the International Space Station. 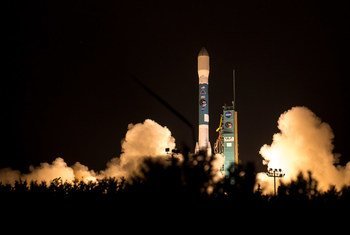 The heads of national space agencies, government officials and representatives from the space community worldwide are being challenged to get more women into the aerospace industry.