Côte d'Ivoire is on the path to durable stability, the United Nations envoy for the country today told the Security Council, but warned that authorities need to invest more in national reconciliation and transitional justice, and to improve the economic, social and cultural rights of Ivoirians.

“With a new Constitution and an inclusive legislature, Côte d'Ivoire is presented with the opportunity and momentum to fully consolidate the country's achievements towards long-term stability,” Aïchatou Mindaoudou, the Special Representative of the Secretary-General for Côte d'Ivoire said presenting the latest Secretary-General's report on developments in the country.

She noted that the people of Côte d'Ivoire must more fully enjoy “the dividends of the thriving economy that has remarkably recovered since the post-election crisis of 2010/2011.”

The country is on track to becoming Africa's fastest-growing economy, according to the International Monetary Fund (IMF).

This is a remarkable change from 2010, when the Security Council, at the request of the Government, agreed to keep the UN peacekeeping mission that Ms. Mindaoudou heads, known by the French acronym ONUCI, on the ground to protect civilians, protect good offices and support the Ivorian Government in disarmament, among other responsibilities.

All peacekeepers are now due to leave the country in four months, as agreed by the Council and the Government in resolution 2284 (2016), with the majority of the Mission's uniformed personnel to depart by 15 February. 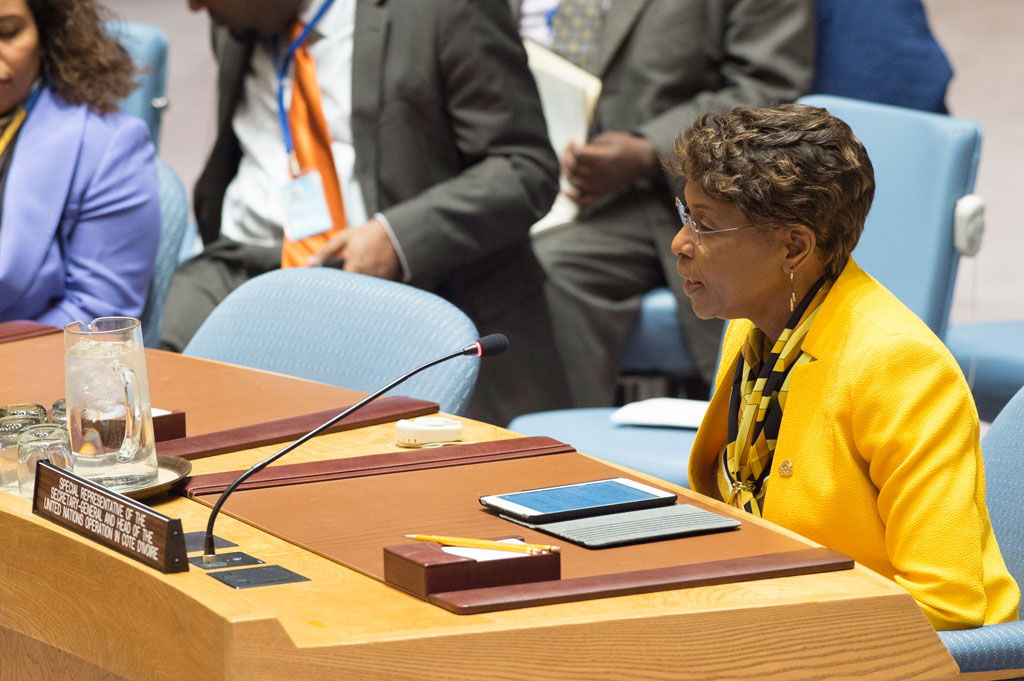 Addressing the Security Council for one of the last times before the Mission winds down in April, Ms. Mindaoudou said the work of the UN in Côte d'Ivoire could be “a real success story” if the authorities finance activities to consolidate the peacekeeping gains ONUCI made over the past 14 years.

“In all of these, our combined support – the Security Council, Member States, international and regional partners, and the UN system in Côte d'Ivoire – remains essential to ensure that Côte d'Ivoire is definitely heading towards sustainable peace and stability,” she stressed.

She also highlighted the need to investigate and prosecute crimes committed during the post-2010 election crisis, particularly those related to sexual and gender-based crimes.

“The timely and expeditious adjudication of such cases is critical to ensuring the safety and security of the most vulnerable of societies – women and children,” said Ms. Mindaoudou.

The Special Representative also called for greater efforts to enhance the standard of living of soldiers and to organize a professional army. She said it was “essential” that authorities prioritize the institutional reforms of the military, gendarmerie and police, as well as reinstate ex-combatants.

The comments come as ONUCI peacekeepers reported that they were monitoring sporadic arms fire by disgruntled soldiers of the Ivorian Special Forces who say they were not paid the bonuses that the Government promised them. 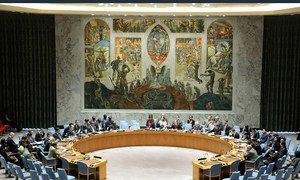 Strongly condemning all terrorist attacks in West Africa, particularly those carried out by Boko Haram militants in the Lake Chad Basin, the United Nations Security Council today stressed the need to combat terrorism in all its forms and to address the conditions conducive to its spread.