Still seeking to implement a political accord signed more than a year ago, Libyans must make 2017 “the year of decisions” and political breakthrough, the United Nations envoy for the North African country urged today.

“We are beginning to see an emerging consensus among parties. 2017 must be a year of decisions and political breakthrough,” Martin Kobler, the Secretary-General Special Representative and head of the UN Support Mission in Libya (UNSMIL), told the UN Security Council.

He noted that 2016 was spent seeking to implement the agreement and begin the re-establishment of State authority across the country.

Despite some gains, “Libyans are not in a position to address the root causes of divisions,” he cautioned, stressing that some important decisions must be taken, including on possible amendments to the political agreement, on ways to form a strong army and police force, and on how best to utilize the revenues from oil and gas exports for the benefit of all Libyans and end the dire humanitarian situation in the country.

Mr. Kobler said many meetings have taken place to discuss amendments to the agreement, including the question of the Supreme Commandership of the army and the future composition and role of the Presidency Council.

On the security front, he said that the Islamic State of Iraq and the Levant (ISIL/Da’esh) terrorist group, which one year ago was expanding its territory in Libya, now controls none. However, it still poses a threat and the fight against terrorism is far from over, he added.

“The country’s borders remain porous. Terrorists, human and weapons traffickers and criminal gangs continue to exploit the security vacuum,” he warned, welcoming the initiative of the neighbouring States to form a panel of experts to develop recommendations on how to improve regional border security.

The on-going formation of the Presidential Guard is a step in the right direction but is a transitional measure until a unified Libyan army is formed.

Turning to the economy and finance, he said that despite its wealth and abundant natural resources, the country saw living conditions and public services deteriorate over the past years. However, oil production has increased to over 700,000 barrels per day, and the 2017 budget has been agreed at 37.5 billion Libyan dinars (about $26 billion).

“This is an opportunity to address much-needed service delivery,” in particular in the area of health, he said.

In January, a workshop was held in Malta with Libyan experts and activists, to establish a roadmap for national reconciliation. “A process is needed to heal the wounds of years of conflict and oppression,” he said.

“I am hopeful that with bold decisions and actions we will witness a political breakthrough that can place Libya on the path of peace, prosperity and stability,” he concluded.

AUDIO: Martin Kobler, the head of the UN Support Mission in Libya (UNSMIL), told the Security Council that 2017 “must be a year of decisions” where political deadlock in Libya is broken in order to restore basic services to the people. 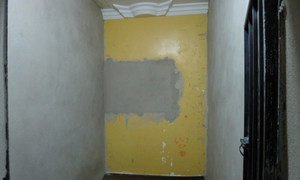