Stalled peace talks in Burundi are forcing hundreds to flee every day seeking refuge in neighbouring countries, the United Nations refugee agency warned today, appealing for more support, particularly land to shelter for new arrivals and to ensure protection of children and prevention of sexual and gender-based violence.

According to the Office of the United Nations High Commissioner for Refugees (UNHCR), since April 2015, more than 384,000 Burundian refugees have fled to Tanzania (222,271), Rwanda (84,866), Uganda (about 44,000) and the Democratic Republic of the Congo (32,650) and its projections indicate that numbers will cross half-a-million by the end of the year.

“Without allocation of new land to extend capacity in existing camps or build new ones, these countries will struggle to provide sufficient shelter and life-saving services in the camp sites,” William Spindler, a UNHCR spokesperson, told the media at the regular bi-weekly press briefing in Geneva today.

“Camp facilities also need to be upgraded, including construction of more homes, schools, health centres and better drainage systems to lessen the risk of disease,” he added, noting that host countries have been generous with their support but more action is needed to avert a dangerous slide in standards and conditions.

UNHCR also appealed to donor nations to step up their assistance and funding.

Last year, the UN agency received a $96.1 million in contributions for the Burundi situation, however, it was 53 per cent of the amount needed.

The pressure is most intense in Tanzania, where average arrivals in January reached almost 600 persons daily. 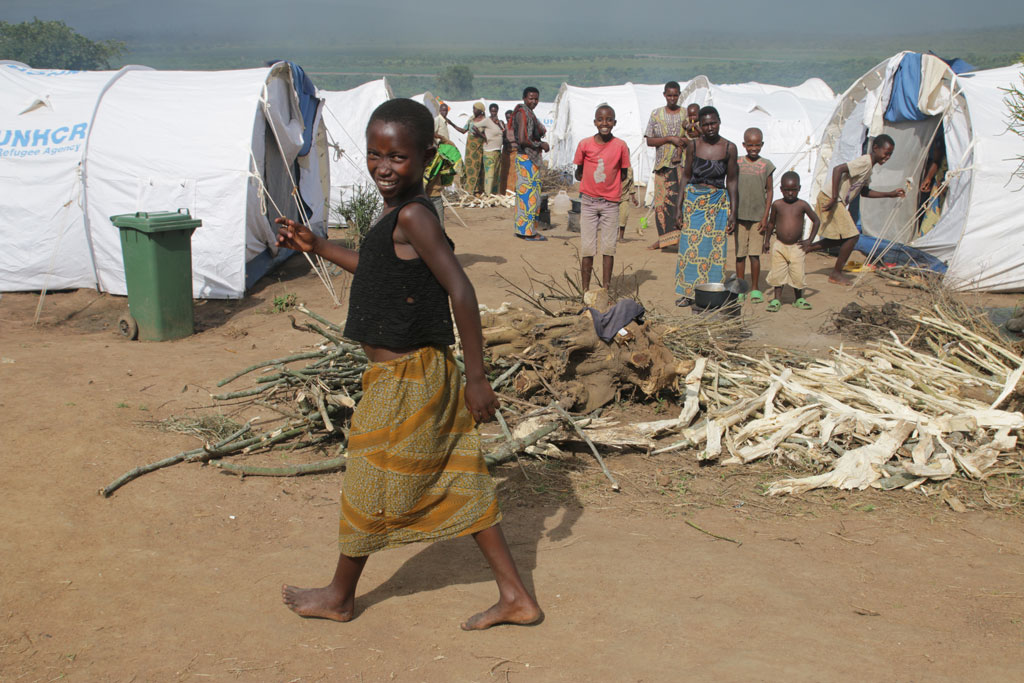 A girl walks past a pile of firewood in Mahama refugee camp, Eastern Province, Rwanda, which is hosting thousands of refugees from Burundi. Photo: UNICEF/Mike Pflanz

Of the three camps hosting refugees, only Nduta – that recently passed its current capacity of 100,000 persons – is taking new arrivals.

According to Mr. Spindler, humanitarian agencies are struggling to provide minimal basic services and fear outbreaks of health emergencies if the crowding gets worse and facilities fail to keep pace.

Similarly, land shortages are also hitting the Lusenda camp in the Democratic Republic of the Congo where risk of fire is rising as shelters are getting closer due to paucity of land.

In Rwanda’s Mahama camp (hosting more than 53,000 against its capacity of 50,000), many are living under plastic sheeting in overcrowded communal hangars, waiting to move to a family shelter. In addition to poor hygiene, living conditions present serious protection risks due to lack of privacy.

Even a ‘progressive settlement approach’ is struggling to cope

Uganda, which presently hosts 44,000 Burundian refugees in total, according to the UN agency runs a “progressive settlement approach” to refugee management and protection.

The country provides refugees with plots of land to build new homes and grow crops, and live among the Ugandan host communities.

However, Mr. Spindler added that significant investments are needed in local infrastructure to ensure that refugees are able to access key basic services. 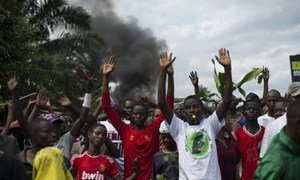 Speaking out against a ban and provisional suspension of a number of civil society organizations in Burundi, United Nations rights experts warned today of growing repression of human rights defenders and groups amid the already difficult environment in which they.